How Skinny Is ‘Too Skinny’ In The Model World?

The skinny model backlash, sparked at Mercedes-Benz Fashion Week Australia, has continued with rumours that Myer dropped model/MTV VJ Kate Peck from an upcoming catalogue because she was to thin to model swimwear. Despite Myer sources refuting the claims, saying she was never intended to be included in the shoot, the allegations have refuelled the debate in Australia’s fashion industry.

During fashion week in Sydney this year controversy swirled over model Cassi Van Den Dungen slender physique and fashion heavyweights weighted into the debate over what was ‘too skinny’. 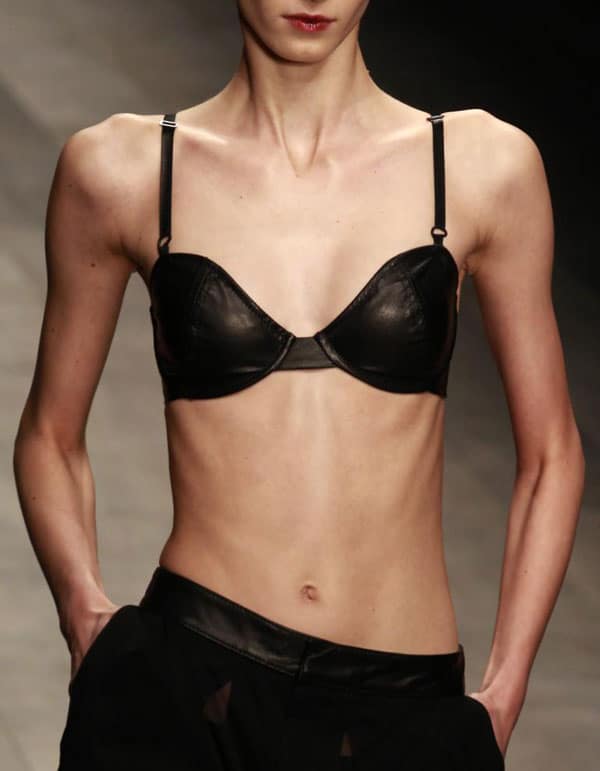 During the international event in April, designers Carla Zampatti and Alex Perry sent out a waif-life girls to model their latest collections causing a stir among the media commentators. At the time, Marie Claire editor Jackie Frank was said to be disgusted at the size of the models.

“When I saw those legs I nearly died,” she was quoted as saying. “I rang the model agent and said ‘why is that girl walking down the runway when she’s clearly not healthy?”

Cassi Van Den Dungen and fellow model Nicole Pollard were among the list of girls that many in media had labelled the most underweight, yet both have been extremely successful overseas and are at the top of the list when it comes to Australian models booking high-end fashion shows.

So how skinny is ‘too skinny’ in fashion?

Images via The Telegraph