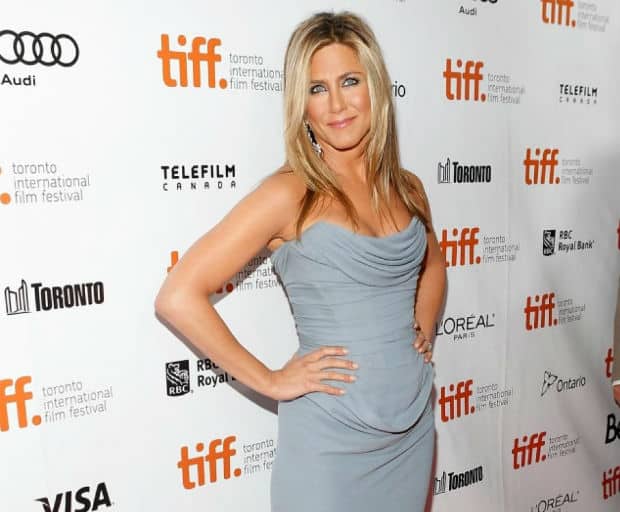 Is Tracking Down A One Night Stand Via Viral Video Too Far?

Pop quiz – If you’re the unfortunate victim of a heinous faux pas, do you:
a) Laugh it off;
b) Make a voodoo doll in the offending person’s likeness; and/or
c) Send hate glitter.

Personally, I feel like doing all three after the unmitigated horror of being mistaken for a pregnant woman last week – while being frocked-up to the nines at a fashion festival no less. I am only mildly consoled by the fact that this crime against humanity commonly occurs to other women too – even, and especially, to gorgeous A-list celebrities.

Today, when writing this, I guffawed in horror and empathy at this recent tweet I recalled, which I had to go back and find in my Twitter Favourites, from the ABC’s Media Watch program’s @ABCmediawatch account:

That’s newlywed A-list actor Jennifer Aniston to whom the tweet refers. The poor lass has been labelled pregnant by the tabloids so many times over the past few years she’s had approximately 456765 babies. Feeling your pain, Jen!

Look, unless someone is about to give birth in front of you and/or actually tells you they are pregnant, I think a good, basic social etiquette rule of thumb is never EVER ask someone if they’re with child. As in never, ever!

You never know what journey someone’s on or what they’re going through: could they have miscarried? Or, perhaps they’ve been ill? Or maybe – as in poor, ol Aniston’s case they simply ate a pie and were wrongly assumed to be pregnant a million, trillion times by the unforgiving gaze of the voyeuristic beast that is the world’s story-hungry tabloid media. 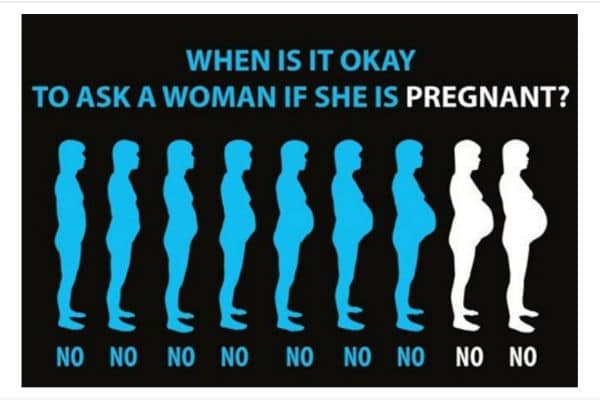 I thought I had a good body image until I was the victim of this recent pregnancy faux pas, but these cruel and stupid words left me quite upset – like someone had literally kicked me in the guts. What was worse, is that I was at a social event and had to pull myself together, fast. Sure, I’ve got a little mummy tummy after recently having two kids close together within three years and it’s something I’m ALREADY aware of, thank you very much. What’s more, I’m working hard on it, among raising two small, beautiful healthy girls amid the busy humdrum of life as a working mum.

Was I slouching at the time of said pregnancy faux pas in my impossibly high Italian heels I’m convinced were trying to brutally kill me? Yes, it’s highly possible.

Still, did I need a work contact/acquaintance to so rudely and uncouthly jump to the conclusion I was with child? Nope, not one bit. And I couldn’t help but wonder: where was this woman’s manners? How did she get through life not knowing you never, ever say that to another woman? We all make mistakes, but to not even apologise once you’ve uttered these appalling words and made such an abominable breach of good manners and social etiquette?! I was, and still remain, absolutely aghast at the woman’s obnoxious behaviour while simultaneously being angry at myself for just how shitty it made me feel. Why was I giving her all this power over such a senseless, stupid comment?

A clinical psychologist who wishes to remain anonymous, whom I also count as a good friend, was quick to remind me to “let it go”; look after my emotional health and most of all, to not give a flying fuck what this idiot woman thought of me. Here’s her most excellent extended advice for good measure, if you’re ever faced with the same mortifying situation:

“From time-to-time someone will say something to you which has the potential to upset and offend you. Maybe they deliberately set out to hurt you or perhaps they are lacking in social awareness and sensitivity. Either way, you have a choice – you can be hurt and offended and spend hours/days/weeks mulling over the comment and feeling miserable, or you can shrug it off for the stupid and insensitive remark that it is. It’s your choice,” she says.

“However as you are responsible for your own emotional well-being, wallowing in misery and hurt is a mistake. Give yourself some tough love: tell yourself to get over it and move on to more important things. And in future avoid people and situations which upset you, while surrounding yourself with people whom you trust and who have your best interests at heart.”

So, I took her top advice and did the tough self-talk and reminded myself it was OK to not look like a supermodel and instead be a healthy, happy size 12-14 curvaceous woman with all her flaws, including a somewhat rounded, little belly.

So, why my self-loathing? At 41, I’ve borne two gorgeous children close together; was it high time I accepted the fact my body had changed? I no longer had the hard, flat abs of my pre-baby youth – and so what?! Who considers me beautiful? My husband and two-year-old and four-year-old daughters, thankfully and yes, on a good day, I feel pretty good; when someone isn’t pointing out my flaws, anyway. And what is beauty? It’s about much, much more than just physical appearance, that’s for sure; it’s within, as the old adage goes.

And then there’s the good manners side of the equation; even my small children know not to be rude to people in public. I’m currently at pains to try to teach them about both the enormous beauty and ugliness of words – that language has incredible power and weight and if they hurt someone (whether intentional or not), they must apologise.

Secondly, what is wrong with our society that people expect you to have erased all evidence of recent childbirth as though it never happened? I was at a fashion event, I guess, but is it too much to hope industry types actually know women come in all shapes and sizes?

I mean, what if I had an eating disorder?! You never know what impact a cruel, thoughtless statement can have on someone. It’s far kinder to generously compliment one another, rather than saying something unfiltered, negative and unthinking, as my offending person did. 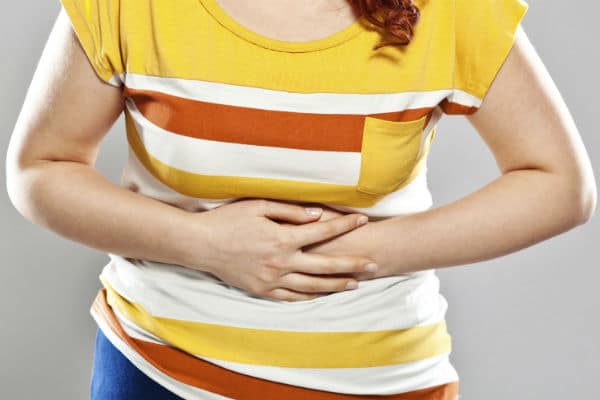 When I shared this unfortunate tale of being victim to a pregnancy faux pas with several of my best friends, they were utterly sympathetic and outraged too, on my behalf. And what’s worse, is that they all knew of several other women to whom this had also happened to. What the fuck? Is social etiquette a dying art?

What do you think? Tell us about your social faux pas experiences.