Sorry, You Can’t Actually Be Racist Against White People

Listen, you can’t be racist against white people. It literally can’t happen.

Racism isn’t just about racially based prejudice. It’s also about having the power to do something about it. So let’s take the earlier example of being a poor white kid in a minority neighborhood. Let’s even say they beat the stuffing out of you one day. The way our system is set up, cops are far more likely to believe a white person reporting a crime than literally anyone else. If a Black kid is beaten up in a predominantly white neighborhood, his odds of being heard are a lot lower than yours. Just ask the families of any of the Black men recently murdered.

We like to pretend this is a real conversation we can have because we white folks like to think we’re beyond all this racism nonsense. I mean, come on, it’s not like we have actual slaves in our backyards. Since we’re so advanced and equal now, why not bring the conversation around? We spent like a whole decade or two feeling bad about slavery, isn’t it our turn again?

So we have silly conversations to make ourselves look more enlightened like “which word is worse, cracker or the n-word?” 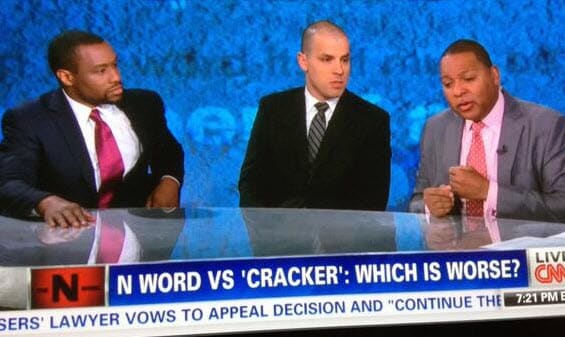 Spoiler: the word you have to censor is the worse word.

If you think we sound like spoiled children, you’d be correct. It’s like when you have two toddlers and one’s been hogging a favorite toy. They’re forced to share it and within minutes start crying because it ought to be their turn to have it again. Except with racism the toy is the lives and livelihood of people of color in countries all around the world.

So no, random Irish-American descendant, you don’t get to say your relatives had it just as bad as the descendants of black slaves kidnapped from Africa. And no, you don’t get to decide reverse racism is alive and well because Star Trek decided to make the majority of their leads not white.

What you do get to enjoy is the sensation the rest of the world has experienced for the majority of history. It’ll only be for one small percentage of the time the rest of us have had to endure it, but odds are good you’re so fragile you won’t even be able to stand it that long.

Dear white people: no one is saying your life can't be hard if you're white but it's not hard because you're white

Comment: Where do you stand on the idea of reverse racism?