Stalking: Pray You’re Not The One!

It’s reported that 7.5 million Americans are stalked each year. That’s Americans alone! Around 75 per cent are women and a majority are stalked by an intimate partner, ex, boss or someone they know. Stalking by a stranger on the other hand, is much rarer than people anticipate.

RELATED The New App That Helps Women at Risk

During a person’s life time, US statistics indicate that 1 in 6 women and 1 in 19 men will become victims of stalking. Aussie figures are similar – the ABS reported that 18.5 per cent of ladies and 7.8 per cent of men are stalked in Australia.

So for lack of a better phrase, there’s far too much stalking going on. Plus, let’s not forget, not all stalking cases get reported – actual figures are thought to be considerably higher.

Now, stalking has been considered a domestic violence issue for many years. It effects victims physically, emotionally, financially and is strongly linked to family violence. Of women abused, murdered or killed by intimate partners or ex’s, stalking has played a major role. The fact that technology has made it so much easier to stalk is what has authorities, women’s groups and DV advocates so worried.

How technology is involved has been a focus for some time. The Safety Net Project recently surveyed victims, service providers, police and other persons of interest and the results were staggering – 99 per cent of stalking victims reported their stalker had abused technology, with social media, text messaging, computers and emailing being the most widely used.

The following tables from the Safety Net Project give an overview of the problem.

Abuse of Technology in Stalking 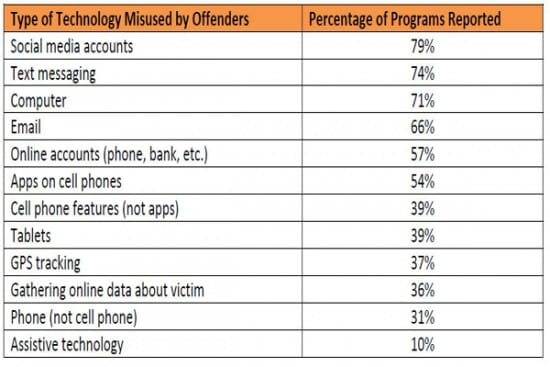 While many of these are self-explanatory, let me explain the significance of computer software and apps: They run undetected, monitoring a victims every move. Even deleted items are saved for the stalker to view at their leisure.

Marketed to parents to protect their kids and employers to monitor computer and productivity abuse at work, these apps are a stalkers wet dream. For around $200 they get all the information sent directly to them. There are no checks required to purchase and all the stalker needs is access to the device. 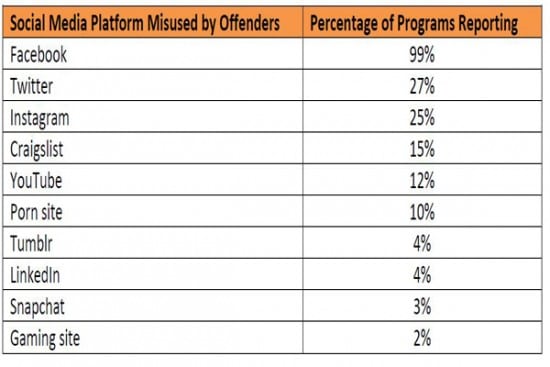 Facebook takes the lead here because of a victims need to stay connected with loved ones – the abuse even extends as far as impersonation so they can catch their victim unaware. If they decide to meet in person, you can imagine how dangerous it can really become. 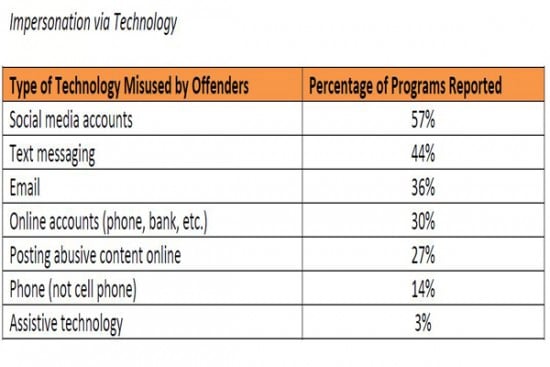 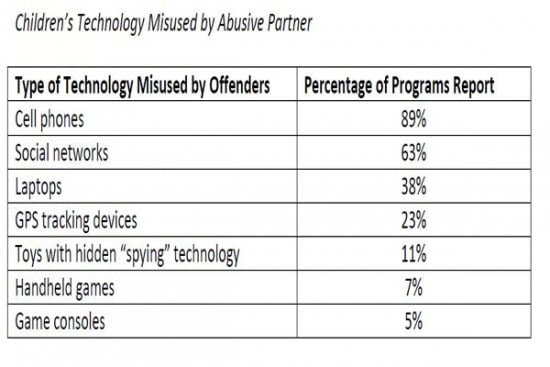 Now, kids are also a popular tool for stalkers, especially of the ex variety. They can tap their kids phones, laptops and get to their victim via their child’s social networks. The aim of instilling as much fear as possible through using a victim’s kid is not something they consider off limits.

Some people down play what victims endure and believe their fear is often unwarranted – this belief is naive and exceedingly dangerous. The following is just a glimpse of how stalking impacts their lives:

Stalking, therefore, effects their entire life – why should so many people have to live in fear? I suppose the question that really needs answering is: Why should access to technology make it easier for stalkers? Around a third have terrorised a victim before, so surely this knowledge is vital and much more can, and should, be done.

So, do advocates need to petition Facebook and ask them for tighter control? Is legislation needed to catch up to technological  stalking? The victims surveyed in the Safety Net Project have put forward their proposals: 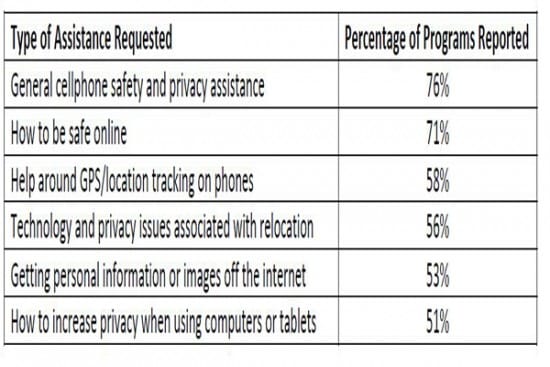 It seems they feel prevention is the key – if they were more aware they could protect themselves more effectively. Here’s some suggestions if you’re feeling a little uneasy:

Lastly, the overall aim is to make it harder for the stalker both on and offline. Be pro-active in your self protection and seek legal help and police support. Also, consider getting counseling depending on the severity of the disruption caused by the stalking. Remember, above all, don’t keep a stalking incident to yourself.