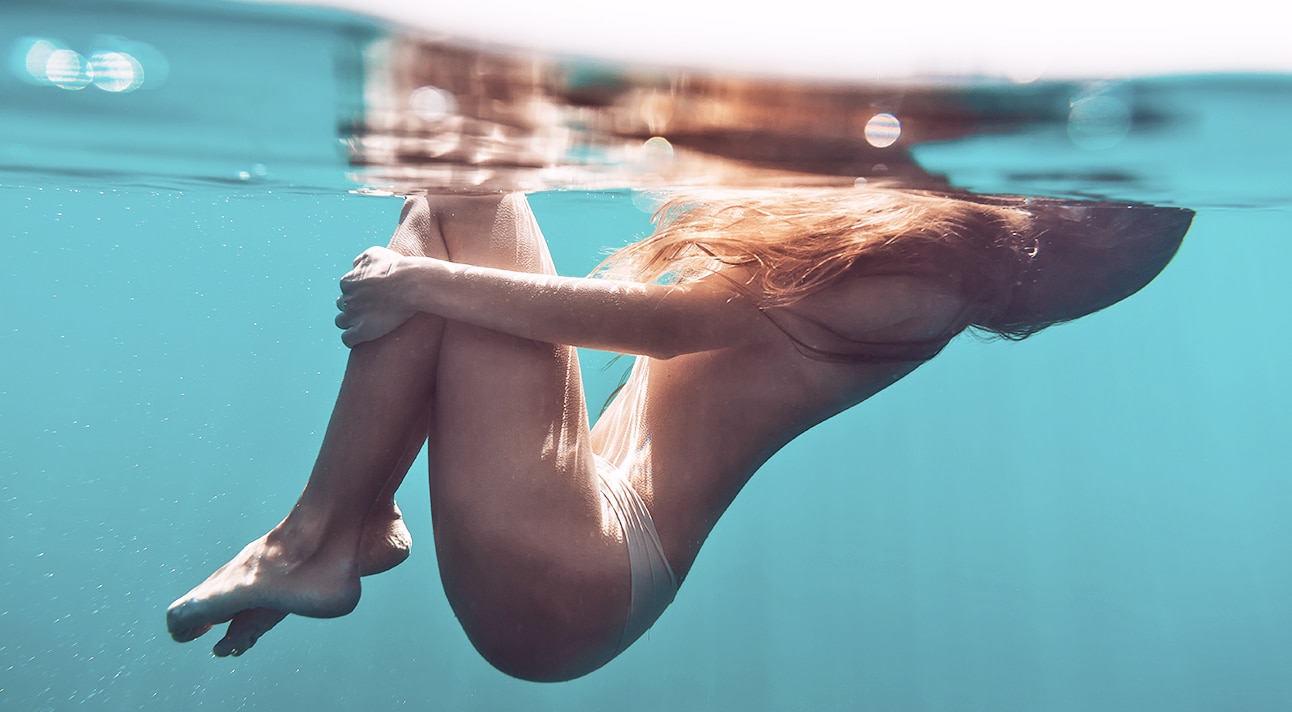 I had no idea it existed until I was drowning in it.

It was a text message that first made me realize I might be suffering from some sort of relationship Post-Traumatic Stress Disorder.

The message that triggered me, ironically didn’t come from my emotionally abusive ex, but from a man who, for all intents and purposes, seemed utterly lovely. What was more perplexing, was, his text wasn’t even unkind… in fact, it was really sweet.

“I’ve been thinking about you today… I hope that’s okay.”

And just like that my heart seized in panic.

My breathing started getting shallower and a bit faster. The familiar surge of cortisol flooding my system coursed through my chest…

Here was a guy being a perfect gentleman – we had loads in common, he had an accent (which as we all know, makes someone 10 per cent hotter) – and I was freaking out because he was, what? Nice?!

The way my body had just flipped out, you would have thought he sent me a dick pic. My knee-jerk reaction, after having talked with this man for about a month, was to send back “But you don’t know me.”

I didn’t get it. I’ve always been the loving, overly affectionate girl who wears her heart on her sleeve and swoons over the slightest bit of affection and I was emotionally flinching. But it got worse; when I went on a date with said charming man – who said my name in the most gorgeous British accent – he went to touch my knee and I literally physically flinched. Only slightly, possibly imperceptibly, but I felt it. And judging by the fact that we both quietly ghosted each other after it, I’m guessing he did too.

What was wrong with me?

I was confused, but my shrink definitely wasn’t.

“That’s totally understandable,” she said. “What you’re essentially going through is a form of PTSD. A sort of ‘emotionally battered wife’ syndrome.” So, like Post-Relationship Stress Disorder (PRSD)? Yup.

My therapist explained that people who’ve lived with emotional abuse experience trauma on a daily basis. It may not be to the horrific one-off extent that we usually associate with PTSD sufferers, but a sustained exposure to trauma can do similar amount of damage. What’s worse, is that if the abuse is not overt, (read: gaslighting) it means the sufferer is constantly off-kilter… If you don’t realize something is happening, you are unable to protect yourself; and by the time you know, the damage is done.

While PRSD isn’t an official disorder, psychologists have found a significant amount of evidence that indicates people can suffer Post-Traumatic Stress Disorder following the end of a physically or emotionally abusive relationship.

1. You’re slow to trust and are constantly suspicious

This was my problem with my latest date. Here was a man saying lovely things to me and my body went in to full-blown panic mode. Why? Because I didn’t believe him. Being untrusting of people’s kindness is a pretty big red flag that you’re reacting to some baggage from your past. I couldn’t accept a compliment without going into fight or flight mode to protect myself before the emotional manipulation started. Did you experience cheating, emotional abuse, financial abuse, physical abuse, chronic lying, violence, or narcissism in your previous relationship? It might take time to stop being suspicious of people’s motives.

And here’s date symptom number two. I remember spending dates wishing and yearning for someone to take my hand or “accidentally” brush up against me and here was a man I actually liked deliberately touching my leg… and I flinched. Changes in your usual physical contact patterns could be an indicator of PTSD. This can also go the other way, where someone previously sexually reserved becomes more active.

3. You blame yourself for everything, ever

Do you constantly think about how you contributed to the downfall of your relationship? Feel like you were the cause of his assholery? Wonder what you could have done to fix him? Stop. Self blame is a major indicator of Post-Relationship Stress Disorder.

4. You have flashbacks and obsessive thoughts

If you’ve been through something physically or emotionally traumatic you’re likely to suffer flashbacks. This is when something triggers a trauma memory that hits you like a freight train. You can feel it, see it, smell it… it’s a full force memory that punches you right in the feels. And where traditional Post Traumatic Stress Disorder usually involves encouraging buried memories to surface, the opposite is true when it comes to relationships. You’ll obsess over what happened, how it happened, what you said, what you did. “I’m a smart woman, how did I let that happen?” As my shrink said, obsessing is like drinking poison and expecting someone else to die. You’re only hurting yourself.

Sometimes you’ll see an in-love couple snuggling and smooching on TV and… nothing. You actually can’t remember what that feels like. That real, all encompassing love? Nope. You remember betrayal, you remember lies, you even remember your single life but you can’t remember being happy in a secure relationship.

It’s totally normal to cry after a breakup. But if you’re still crying after months or even years, then perhaps you’ve got a bit of Post-Relationship Stress.

7. Or you’re kind of emotionally numb

Hello, depression! You might think you need to feel sad to be depressed, but this is a common misconception. It can just be a lack of motivation, and a general emotional nothingness. When you’re in recovery mode from a traumatic relationship, a listlessness can set in. Maybe you’ve just shut down, maybe you’ve lost hope, maybe it’s just your brain chemicals being jerks. Whatever reason, you’ve checked out of feelings town.

8. Your weight rapidly fluctuates and your health suffers

Sudden weight gain or loss can be a sign of trauma. It’s that old fight or flight instinct kicking in. You either need to be a crap load lighter to leg it out of there or heavier to hold your own in a cage match. Or you’re just replacing love with food. Either way, rapid changes in your size or shape can be a sign you’re battling some major baggage. So can illness. When you’re constantly walking on eggshells and fending off either physical or emotional attack, your body is using a lot of energy. Your immune system will suffer, make no mistake.

9. You suddenly hate a bunch of things you used to like

How many times have I felt this one? Some of my favourite things have become some of my most loathed because I did them with an ex. When shit ends badly, anything that reminds you of that awful time can trigger a full-on bodily reaction. You can panic, stress out, worry, shake and generally just feel totally on edge. Like you know, when someone awesome touches you and you flinch. I even needed to stop watching Game of Thrones because it was our couple show. Which meant spoilers. Lots of spoilers.

So how do you heal?

With time and help, kindness and self-care. Firstly, give yourself a break. You’ve been to hell and back again so it’s okay to not be perfect. It’s even okay to just be okay, and even its okay to be utterly awful. Think about how you’d treat a friend who’d just gone through what you have… would you be telling them they needed to snap out of it or reassuring them they’re allowed to be a bit shit for a while? Use your friends and family to lean on… that’s what they’re there for. Repay the favor when you’re on emotionally solid ground.

Also consider getting outside help. If you’ve been through an emotional warzone, you might need a professional to help heal your wounds.

One day you’ll feel ready to date again for real rather than just a FOMO reaction. And when that happens, you’re not gonna flinch, literally or figuratively.

This post was originally published in 2018 and has been republished due to popularity. Images via shutterstock and giphy.com.

Comment: How did you realize you still had relationship baggage?