More than one third of Australians have admitted to having sex in the office in a recent poll of Australians and New Zealanders. The findings also revealed that Australian employees to be considerably more audacious than their counterparts across the ditch, especially the men with 50 per cent of male Australians saying they have had sex at work in the past, compared to just 16 per cent of the male New Zealanders polled by ELITESINGLES. 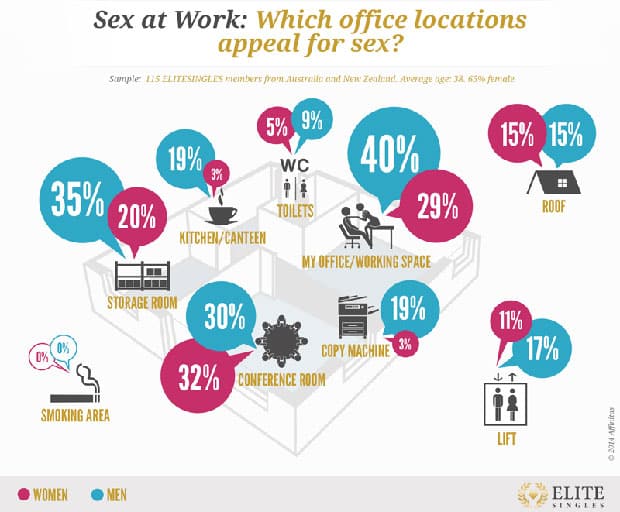