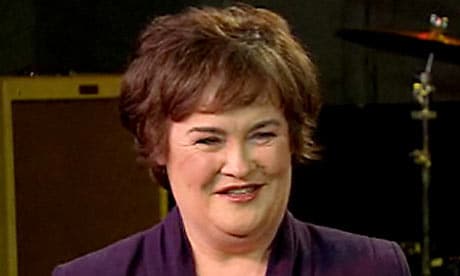 Susan Boyle has transformed into a beautiful “swan”.

The Scottish singing sensation – who shot to fame last year after appearing on Simon Cowell’s show ‘Britain’s Got Talent’ – believes she has transformed into a more glamorous and “sophisticated” woman since she ditched the unkempt hair and dowdy clothes which made her famous.

She said: “When I look in the mirror I see that I brush up quite well. It’s a bit like a cygnet to a swan. Now, I see a sophisticated lady. Even though the outwardness has changed, inside I’m still the same, but now I’m a bit more refined in some ways. “Put it this way, a woman who went on ‘Britain’s Got Talent’ with mad hair, bushy eyebrows and the frock that I was wearing that night had to be noticed. It was a good choice at the time. In fact, the whole process has been pretty good for me.”

Susan – whose debut album ‘I Dreamed A Dream’ sold more than eight million copies around the world – has also thanked her late mother Bridget for giving her the confidence to perform. She added to the Daily Mirror newspaper: “My dad has been dead for 10 years now and my mum for two-and-a-half. This was a promise that I’d made to my mum – that I’d do something with my singing. She was the reason I pursued my singing. She had a good belief that I could do it.”