A bad friendship can actually shorten your life.

How To Slay Soul-Sucking Emotional Vampires

True confessions: I adore vampire-themed fantasy romances/horrors such as The Twilight Saga and True Blood; but I’ve got no time, energy or love for emotional vampires in real life.

RELATED: Battling The Princess Myth: Why You Don’t Need Rescuing

Have you experienced the hell on earth that is spending time with an emotional-vampire “friend” and/or lover? These people are aptly named because they’re negative, exhausting and emotion-sucking drama queens who will sap your time, energy and spirit if you let them – abort, abort, abort!

Personally, I think life is way too short to spend time with people who constantly deplete your serenity and use your strength to bolster their fragile egos. Emotional vampires need constant attention and flit from one high drama or conflict to the next; indeed they seem to thrive on it, while you will be left feeling like they sucked out your soul.

In a healthy, long-standing friendship and/or relationship, you each take turns acting as caregivers, when needed. But with emotional vampires it is a very one-sided affair; they’re only interested in what they can take from you, never what they can give; indeed your thoughts, wants and feelings will be so irrelevant to them, it’s as though they don’t exist.

And when you inevitably find yourself emotionally exhausted and drained by your soul-sucking “friend”, having grown well tired of being their 24/7 mentoring/advice/counselling service and their extreme lack of empathy, they will most likely viciously turn on you if you dare to be emotionally honest about how you feel. And that’s OK; you’ve got to get off that emotional rollercoaster, girlfriend! And you’ve got to choose your friends very wisely, for what you accept you become. 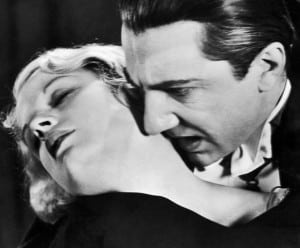 It’s a sentiment echoed by a clinical psychologist I spoke to, who wishes to remain anonymous, who has more than 30 years experience in couples and relationships counselling. So, what are the warning signs that you’ve encountered an emotional vampire? “If, after meeting up with or chatting on the phone with a friend, you are left feeling hurt, angry, resentful or emotionally battered, there may be a problem with this friendship,” the psychologist says. “If the negative feelings occur every or most times you catch up with this particular person, ask yourself why you feel this way.”

And this is key: if you are unlucky enough to come across a narcissist; victim and/or venomous, controlling emotional vampire – for they can take many forms – who’s started to take over your life, leaving you feeling overwhelmed, negative and burdened, it’s definitely time to cut all ties with this person, if you can. Why? Demanding, constantly negative and self-absorbed people will only ultimately cause you much more pain than pleasure and it’s in your best interests, indeed an act of good self-care, to let them go.

I stupidly let an emotional vampire into my life recently – an old work acquaintance with whom I’d never really clicked, who’d moved to my area. This woman would constantly burden me with daily problems and dramas. And when I started to feel sick in the pit of my stomach every time she sent me epic, daily texts asking for my advice, I knew it was time to end the “friendship” and I use the term very loosely.

Sure, I wanted to help her, but when her constant, toxic tales of woe and endless conflicts started to overwhelm me, to the point I was anxious every time I got a text in case it was from her, and counselling her was starting to eat away at both my time and my sanity, I finally gave her some gentle emotional honesty which was enough to end our relationship. 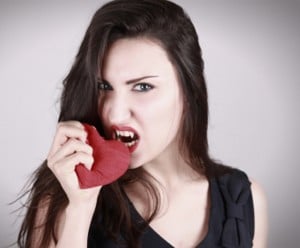 And you know what? I feel nothing but sweet, sweet relief and was even more grateful for the amazing, positive people in my life, including many long-term friends with whom I share the caregiver role. So, what is the best course of action when encountering an emotional vampire, according to my clinical psychologist contact?

“We all need to take responsibility for our own emotional well-being,” she advises, “So, if you feel that you’ve helped your friend as much as you can, and interactions with her leave you feeling drained and negative, you need to take steps to care for yourself.

“Your friend probably isn’t aware of the impact they are having on you. Try explaining that while you want to help them if possible, constantly dealing with their crises and problems and providing advice is a downer for you. Explain that for the friendship to continue, you want to keep things positive and light-hearted for at least a major part of the time you spend together. Be prepared though; your friend might decide it’s easier to move on than to change.”

For me, the final nail in the coffin in the “friendship” with my emotional vampire, was that I found I couldn’t do something as fundamental and basic as express emotional honesty in the relationship. For emotional vampires hate being challenged or questioned; so fragile are their egos and self-esteem, your feelings will only be seen as a threat. Hilariously and paradoxically, they may accuse you of being a bad person, when not five seconds before they were asking, yet again, for your life advice. Female friendships can be maddening complex; but unless there’s emotional honesty and a reciprocal caregiver role; aint nobody got time for that, girlfriend! 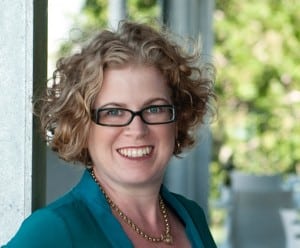 “If there are people out there who have made it to their mid-40s without an emotion-sucking friend, they are doing well!” she says. “And I use the word ‘friend’ loosely. I have had a few over the years and each time it has taken me a while to realise what they are. These women have all seemed lovely when I met them: intelligent, interesting, friendly and they each made an effort to spend time with me and to get to know me in the early stages of the friendship.

“There have probably been three over the years who I would say are real emotion-sucking ‘friends’. All have shared the same behaviours and characteristics: seeking my advice over and over (often on the same issues); needing validation for many of the decisions in their lives (some minor, however many that needed professional psychological or psychiatric guidance that I was not at all equipped to give); constantly negative about much of what is going on in their lives (and making no effort to change it, just constant whinging and complaining); expecting me to be available to meet or talk and to solve all their problems and rarely asking about my life, or if they do, showing little or no interest.

“After thinking about this a lot, I realised that none of these women had any empathy. After catching up with them, I always felt emotionally and usually physically exhausted.”

To counter this, as an act of self-care and self-preservation, Mel says she simply stopped making herself available to the emotional vampires – one of whom quickly latched on to someone else. “It was a hard decision to make, but once I did I felt a huge sense of relief,” she says. “Friendship needs to be two-way. Sure, there are times when you need more of your friends then they need from you, but it’s a cycle. Yes, I’m there for friends in need, however I expect them to be there for me too.

“A huge turning point for a couple of friendships was when my parents died. This experience really showed the true colours of a lot of people. One emotion-sucking friendship ended when this ‘friend’ barely offered me condolences and then spent 30 minutes on the phone telling me about all the problems she was having with a couple of her family members, including her mother; mine hadn’t even been dead for a week! That was the straw that broke that camel’s back for me!”

And like me, Mel says the older she gets, the less likely she will put up with other people’s emotional fuckwittage. “I have far less tolerance for selfishness and the rubbish that so many people think is important. I also have no time for constant negativity, people who are ungrateful for what they have, and glass-half-empty people,” she says. “They are too exhausting to have in your life when you are not that way!”

“A good friend of mine had a few friendships that were very one-sided – she made all the effort. She basically called them out and said that she would give them one more chance and if they weren’t prepared to make an effort to maintain the friendship then as far as she was concerned it was over. All were shocked, only one was apologetic and made an effort, the other friendships ended.”

So, there you have it ladies: real-life examples and advice on how to combat emotional vampires – you’ve been forewarned. May none of your friendships suck!