Making Out With A Woman Helped Me Stop Gaslighting Myself

When I realized at age 23 that I was attracted to women, I felt panic and terror.

We aren’t all lesbians.

As A Little Girl, I Used To Pray I’d Wake Up With A Penis

I didn’t have one of those coming out moments that involves hugs and tears and “I love you no matter what,”.

The Devastating Way I Found Out My Husband Was Gay

‘Til death do you part didn’t include this life-changing reality check.

And, no, we’re not talking about hanging out the washing.

We should be ashamed that they exist at all in 2017.

My Husband And I Agreed To Me Dating Other Women. Now What?

I’m nervous as hell about what to expect…

There’s no test to pass when it comes to your sexuality.

You don’t get to be the victim, honey.

It will make you cry.

Worst Shooting In US History: 50 Dead After Orlando Nightclub Massacre

Authorities are calling the shooting the nation’s worst terror attack since 9/11.

Why You Should Never, Ever Assume Someone’s Sexuality

Assumption can be a dangerous thing.

Their crap is getting old – fast!

That Time I Ended A Relationship Because Of Alcohol

Everybody has their limit.

The Day I Outed My Gay Mother

Empowering doesn’t even begin to describe it.

My Personal Trainer Took Advantage Of Me And I Loved It

Dax Shepard Reveals He Was Sexually Abused As A Child

Having Sex With Women Doesn’t Make Me Gay

It’s offensively wrong to paint an entire community with one brush.

Meet The Straight Guys Who Have Sex With Other Men

It all gets a bit complicated, but does it really need to be?

7 Heartwarming Ways People Have Come Out As Gay

Now, marriage isn’t for everyone, but there are no good, moral, rational or societal reasons to deny gay people the choice to wed, thereby affording them the same rights as heterosexuals. It’s incredibly arrogant and inequitable to say one person is allowed to marry, while another of a differing sexual orientation is not – love is gender-blind.

And any anti same-sex marriage arguments I’ve ever seen are stupid, illogical and border on the obscene. I say pay no heed to right-wing nutters, erm, sorry people, who argue introducing marriage equality in Australia will “damage the sanctity” of marriage. These very people are doing the institution of marriage, and the country, a damn sight more devastation and harm by their backward, regressive and discriminatory views all by themselves.

I put the likes of outspoken opponents to same-sex marriage such as Rev. Fred Nile, the Leader of the Christian Democratic Party and our own Prime Minister Tony Abbott in the same boat: fools whose idiotic, backward views will ultimately prove their own undoing – history will not look kindly back on those dinosaurs against the turning of the tide. Australians are clearly, overwhelmingly in favour of legalising same-sex marriage.

And, just this week, the government’s bumbling Agriculture Minister Barnaby Joyce warned that Asia could see Australia as “decadent” if same-sex marriage is legalised. Decadent?! How is denying a section of our community basic equal rights “decadent”? That ridiculous, illogical statement hurts my head: surely Asia, like other progressive countries would applaud us for finally endorsing marriage equality?

Melbourne media educator Jonathan Brown, 27 (pictured) – who, along with his partner and fiancée Kevin Newman, 28, recently went public about his desire to get legally wed in Australia, says diversity is normal – discrimination is not. For the couple, Australia introducing same-sex marriage would be long overdue recognition that gay people were “equal under the law.” 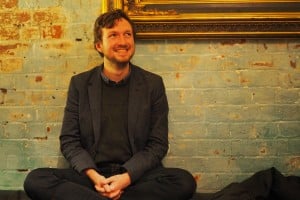 “Certain religions and groups in the community can define marriage and relationships in their own way, but it’s not their right to define it for all of us under the law. The law is there to represent all Australians and as it currently stands the law sends a dangerous message that we [gay people] are lesser people somehow because of our sexuality. Not everyone wants to get married, but we should have the choice. No fair society should deny choices on the basis of sexuality,” Jonathan says.

“The US decision is important because it recognises that denying the choice of marriage to people based on their sexual orientation is state-sanctioned discrimination. Australia should follow suit because ultimately Australians believe in fairness and this is one of our big tests of whether we are truly a fair nation.

“Kevin and I were going to arrange our own ceremony here in Australia regardless of the law and call ourselves married anyway, but the chance marriage equality could be possible this year made us hold our plans in the hope we can do the real thing soon. We want our family and friends to join us on Australian soil and recognise us under Australian law. We want to celebrate our love like the thousands of other Australians who do so every year.”

Jonathan firmly believes most Australians are pro-gay marriage. “The sad reality is that a very effective campaign of obstructionism has held back political progress,” he says. “It’s not only embarrassing, but frankly anti-democratic that our elected representatives have resisted the Australian people on this.

“Since speaking out about our plans to get married, Kevin and I have had a really beautiful response from our family, friends and the public. I think when it finally happens in Australia, it will be a really special moment for us and we can’t wait to celebrate our love and the love of our gay friends wanting to get married too.

“It’s frustrating that I can’t marry the man I love in Australia right now, but for me it’s the bigger picture that matters the most. This is a big step in telling kids who grow up questioning their sexuality or gender that they are beautiful, natural and normal human beings who deserve to be loved like anyone else. It’s about sending a message to those kids – that’s what drives me. Marriage equality is just one step in creating a world where kids can grow up and their sexuality is just an accepted part of their development and who they are.

“Opponents try to make it sound like it’s a simple matter of opinion and we shouldn’t judge them for that, while they continue to judge us because of our sexuality. I think their words are damaging and dangerous to the health and well-being of our community.”

And Brisbane marketing executive Rachel Vickary, 40, concurs. Rachel (pictured), who has a 18-year-old son she co-parents with her long-term partner whom she affectionately calls “the wife”, says it’s high time Australia did what is fair and right: legalise same-sex marriage. 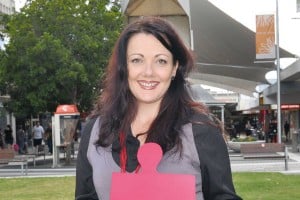 “As a voter, a tax payer, a significant social contributor, a mum, a businesswoman and a lesbian, I find it outrageous that in Australia in 2015 that, despite paying the same amount of tax and abiding by the same laws as every other Australian, I am afforded less rights than a heterosexual Australian citizen,” Rachel says. “It’s incredibly disappointing, not to mention embarrassing at an international/global level, to be one of the most ‘backward-thinking’ nations on this issue.

“There are so many stupid and ignorant arguments being parroted by ill-informed, uneducated people who are afraid of the idea of same-sex marriage; many come back to religion and the idea that it’s ‘against the bible’. Well, I hate to say it, but ‘traditional’ marriage according to the Bible also advocated children being sold into marriage, spousal rape and abuse (considered more than just OK, but actually quite obligatory at certain times during history), polygamy, incest and other lovely ‘traditions’.

“In the 1920s, the idea that people might actually marry for love, raised many a religious, right-wing hackle, as love was not considered to be a sound reason for entering into a ‘traditional marriage’, and many predicted a future of doom and destruction for the institution.

“Another argument is that to allow same-sex marriage is to destroy the sanctity of marriage. Um… Why? A same-sex couple tying the knot doesn’t make an opposite-sex couple’s marriage any less valid. And if we’re going to roast that old chestnut – the sanctity of marriage – then let’s take a serious look at shows like Married at First Sight or Bridezillas, which make an utter mockery of the entire thing. How rage-inducing do you imagine it is for my same-sex partner and I when we can’t get officially married or even recognised, and yet complete strangers can ‘marry’ each other in a cheap, tawdry ratings grab on commercial television?” 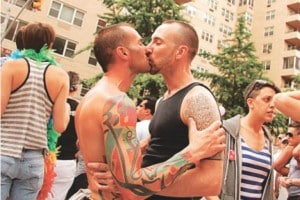 Rachel is also quick to point out some heterosexuals – and many an A-list celebrity – do a perfectly good job of devaluing marriage all by themselves. “Did Britney Spears do anything positive for the sanctity and solemnity of the married state when she got wasted and then married in Vegas (before annulling it within hours, presumably after she’s either sobered up or come down)? And what about Liz Taylor getting married a million times between rehab stints?” she says.

“There’s also a hilarious argument that children are better off in a ‘traditional’ family unit than in a same-sex family unit. To this I say, bollocks! My 18-year-old son who is currently at university has grown up to be a kind, well-rounded, beautiful human being, who is proud to have two mums.”

What do you think? Is Australia’s endorsement of same-sex marriage long overdue?