Why You Should Never Use Hotel Soap

Unpopular Opinion: Using Your Body To Get Ahead Is Just Plain Smart

It’s your most powerful asset.

Say hello to your next vacay…

16 Unbelievable Hotels You Need To Stay In This Year

Seriously. Just do it.

15 Secret Ways To Get Hotel Perks You Never Knew Existed

Australia is mainly known for its beaches and tropical paradise destinations. However, it has so much more to offer than just fun in the sun.

I have been living in Sydney for almost two years now and while I love the big city life, I also enjoy exploring the countryside and mountains west of Sydney. There are beautiful country towns in New South Wales and the best part is, it only takes you between two to three hours to get there, making it the perfect weekend getaway.

I spent last weekend at Jenolan Caves, about 175km west of Sydney. The limestone cave formation is in the middle of nowhere, surrounded by bushland and lots of wildlife. In fact, I had afternoon tea with a very friendly and cheeky Rosella who took a bite of my piece of cake while a kangaroo was watching the scene. In other words, it’s the complete opposite of the hustle and bustle of the city and very relaxing.

There is only one hotel at Jenolan Caves and it is all you need. Built in the 19th century, it is as charming and old-fashioned as you imagine, with high ceilings and period features including a cozy lounge with a big fireplace and a grand restaurant. This is in fact the only restaurant open for dinner, so be smart and make a reservation as it is booked out almost every night. I learned this the hard way and ended up eating at the bar (which isn’t too bad either).

There are plenty of bush walks to be done, but the main attraction is of course the caves. Eleven caves are open to the public and you’ll have to buy guided tour tickets for all but one cave, which can be explored on a self-guided tour. The guided tours are worth the money, however.

Prepare to be amazed by nature. The Jenolan caves are more than 400 million years old – a number too high to really grasp. But you’ll understand the significance of the caves when you’re standing in the so called Cathedral room of the Lukas cave, where stalactites and stalagmites have grown over thousands of years in shapes that look like church organs, steps and altars.

It does get very cold in winter, but there is central heating at the hotel and it is surprisingly warm inside the caves. Jenolan Caves really is a place of incredible nature and history and a perfect weekend getaway for friends, couples and families alike.

Images via jenolancaves and tripadvisor

Have you ever been on a holiday wishing that you’d packed that one cute dress you have or the more comfortable shoes? The future of traveling will eliminate the stress of packing the right clothes because European clothing chain Pimkie has come up with a simple, but genius idea: The Mini Fashion Bar.

RELATED: The 5 Weirdest Hotels In The World

Imagine arriving at your hotel and besides a mini bar full of overpriced drinks and snacks, you find an entire wardrobe packed with the latest trends and weather appropriate clothes. Sounds too good to be true? Well, in Antwerp (Belgium) it’s already become a reality.

Pimkie has stocked hotel rooms with their latest collection so that you can browse, try on, and shop from the comfort of your hotel room. Need a different size? Just call the fashion concierge at reception and they will get it for you.

In every Mini Fashion Bar, you will find handy staples like a raincoat, comfortable shoes and accessories to dress up any outfit, but it doesn’t stop there; Pimkie stocks the Mini Fashion Bar with items that are appropriate for current events in the city that you might want to attend. How clever is that?

The easiest part is paying, as the clothes that you want to buy are simply charged to your room and you can pay everything when checking out. Can shopping get any easier? If you ask me, this is one of the best fashion related ideas in a long time and I wish every hotel I stay in from now on will have a Mini Fashion Bar.

So far, there are only plans for hotels in Europe to introduce it, but I have a feeling that this concept could soon go global. 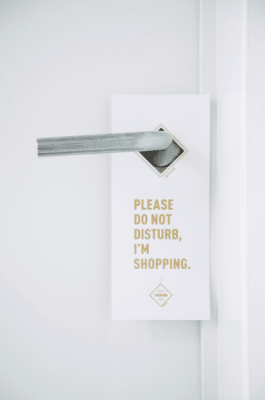 What do you think about the Mini Fashion Bar? Would you use it?

Each year Conde Nast reveal the 33 best new hotels in the world. With Australia’s gorgeous coastline and booming tourism industry, it was sad to see that none of our fine resorts or hotels made the list. About 510 hotels were evaluated in the categories of Beach, Design, Food, Family, Bargain, Over-the-Top, and Way-Out-There hotels.

The best beach hotels were:

“A sense of place: a hotel that celebrates where it is in the world. A sense of personality: a hotel where it feels like every decoration has been hand-chosen by a person, not by a committee.

“A sense of intuition: a hotel where it feels like your needs are considered before you even know what they are.

“The result is a list that takes you around the world – from Kenya to Los Angeles, St. Petersburg to Phuket – and speaks to the passions and habits of the modern traveler.”