The One Idea Turning Real Estate On Its Head

Every so often a story hits my email and I think, yeah that’s interesting. When I got this story though, it blew…my…mind! There in front of me, lurking behind the product promo was a real life David and Goliath battle of Biblical proportions. I was engrossed from that moment. I organised an interview and got stuck into some very intriguing reading.

So what was it that captured my attention? Well it’s the remarkable tale of Andrew Blachut and a business he and his family created called Property Now. Recognising a flaw in the centuries-old real estate industry, Andrew wanted to correct it. Pretty simple, really.

RELATED: How To Add Value To Your Home For Less

However, we all know that shaking up an old way of doing things is never easy. Particularly when billions of dollars are at stake and people’s livelihoods are in question. What looked simple in theory has morphed into an epic journey and, according to Andrew, it’s not going to let up anytime soon. “Vested interests… won’t take it lying down. They will destroy or assimilate the concept.” So what’s Andrew done that seems to has gotten these vested interests so riled up?

Once upon a time, a battle was born… 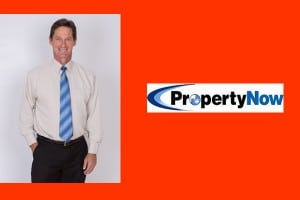 Let’s start at the beginning. Andrew was a real-estate agent. He begins: “After supposedly selling over 300 homes traditionally I had an epiphany and realised I had not sold any of those. Houses sell themselves and as an agent I had just been a handy marketing conduit.”

When I asked him about his idea he went on to say, “I like finding something that’s deeply entrenched and asking WHY? Can this be done better or differently?” So that’s essentially how Andrew Blachut went from a real estate agent to his current occupation as an “entrepreneur and consumer improver (real estate at present)”. Quite a mouthful, but this is quite a story!

Wondering why Andrew would want to shake up a lucrative industry particularly as it was his bread and butter, Andrew honestly revealed “Simply that the vast commission [received by agents] cant’ be vindicated. As a friend once told me ‘a solicitor and an accountant need years of training. A person can become an agent in a week, literally. Houses sell houses. Whoever is involved will get the credit’.”

Andrew acknowledged that credit involves massive sums of money. All of which the Australian real estate industry are determined to keep. Property owners have been handing their hard earned cash to real estate agents for over a century. They don’t want it to change. Why would they?

For over a century, real estate agents have instilled fear in Australian property owners. They explain that their expertise is essential to rent out or sell properties and get the best price. It’s sales, just like selling anything else.

This is the message Andrew wants out. I’m pretty certain the industry as it stands would just love the ground to come up and swallow him whole! They tried to make his concept and business disappear but Andrew, the underdog, has had a few wins up his sleeve and motivated to keep going. He wants us to question if real estate agents are worthy of the commissions they attract. He knows first hand that any property owner who wants to rent or sell can do it and end up with just as much in their pocket, if not more. It’s a lot like selling a car.

Yes there’s paper work involved but accountants can handle all that at a fraction of traditional selling costs. Owners effectively advertise, run inspections and take offers. That’s an agent’s role and is it worthy of thousands of dollars? Andrew doesn’t think so and many property owners are beginning to agree. His business has thousands of satisfied clients.

Andrew had to come up with a new way of private selling and renting. Marketing was the key. How could he get private owners onto those exclusive agent websites?

That’s when the agent-assisted sales method was born. It’s essentially where private owners sell or rent their properties, but get the basics from an agent. They access vital agent exclusive websites get advice, signage and what ever else they need. At $550 to sell a home or $150 to rent out an investment property it sounds like a massive saving to me.

This is the primary reason Andrew and the “mistress of the keyboard”, his supportive wife Joanna, began Property Now and just as importantly, haven’t given up. Andrew acknowledged, “I absolutely knew there would be conflict [when they began] because billions of consumer dollars and people’s careers were at stake”. I don’t believe however they could have anticipated the amount of conflict!

Andrew recalls the future of their business and the concept of agent-assisted sales “completely hinged on an ACCC [Australian Consumer and Competition Commission] intervention at the eleventh hour. During 2010, realestate.com.au put in writing our account closure (which would have killed our business). It did this due to agent pressure. The ACCC, which initially said we had no cause/grounds, intervened and realestate.com.au backed off.” 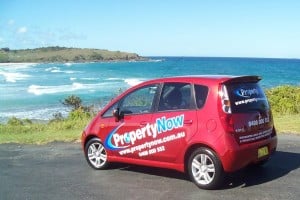 When I questioned Andrew about the sacrifices to keep going he offered:

“We lost a great deal of time, money and especially business momentum. While we experimented, fought and refined things a new player arrived who had few scruples and to whom making a fast buck was more important that creating and stabilizing an emerging industry.”

When I asked if he’d ever a though about giving up, Andrew confessed, “Absolutely everyday for 10 years.” Thankfully, they didn’t.

“I felt the cause was both valid and a natural evolution in the industry.” Andrew went on to provide further motivation. “Also I was desperate in not wanting to be forced back into traditional commission-based selling.”

Andrew is so passionate about his new agent-assisted sales method and giving property owners the opportunity to sell or rent their homes that he has recently written a book detailing exactly how it’s done. I’m a bit jealous. It only took him a month! That’s because he has everything he needed at his fingers tips. He listed to what people wanted and needed and simply supplied it. His book is called Get More For Your Home and it invites property owners to do just that. It’s a great read and Andrew’s battle and personality shine through. I’m not selling a home but I really enjoyed it.

So if you’re interested in how it works and more information about the battle raging on behind one of Australia’s most profitable industries, head to the Property Now website. Here’s a link to their price guide with no hidden extras and all costs quoted upfront. Plus they offer free advice to their clients. It’s truly a breath of fresh air in an industry which has been based on illusion for far too long!

How to Invest Properly in Property

How old were you when you bought your house/unit?

24.What you earning back then? How much was the deposit?

What made you take the plunge at such a young age?

I wanted to have something for the future! Also, I wanted to get in now before any further rise in property prices. Another reason was that interest rates were low.

It wasn’t difficult at all getting the mortgage. Saving took a few years and I had to watch my spending.

How has your lifestyle changed since you’ve had the mortgage, do you have to sacrifice a lot?

Yes, definitely. I live at home with my parents and I have a tenant in the unit, which covers some of the loan repayments. I also have to watch my spending, particularly on entertainment as that was a major cost. I still have a bit to spend though, but the amount of money that’s left in my bank account is quite low.

Did you ever consider investing in shares rather than property?

What’s your advice to other women thinking of investing in property in the future?

Save as much as you possibly can before purchasing. Don’t get in above your head. Plan a budget and stick to it (well, try).