As a feminist, it gave me pause to be so turned on by being submissive.

“With my Daddy, I am able to submit and allow someone else to be in charge. It’s a very nice change.”

Why I Plan To Be Fully Submissive To My Husband

Deferring to your man means you know your relationship is strong.

Mistress Natalie is just like any other woman. Except she has a very impressive whip collection.

My Master is pretty lax compared to others.

Once you’ve tasted the dark side, you don’t go back.

The Fifty Shades of Grey Phenomenon

It’s hard to think of a more divisive female protagonist – or a novel for that matter – than Fifty Shades of Grey and its overtly submissive, cotton-tails-wearing central character, Anastasia Steele. 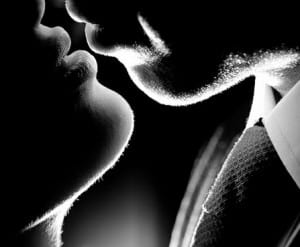 Related: What Are Sex Contracts And Do You Need One?

Did you, upon reading it, feel so turned on and liberated, that you rushed out and bought S&M gear? Or, like me, did you cringe at the “vanilla” sex and Anastasia’s virginal awkwardness, clumsiness and submissiveness? When I read the 2011 E L James bestseller, my inner word nerd was too horrified by the clumsy writing for it to blow my hair back.

And, if you’ve been living under a rock, here’s a quick synopsis: a virginal 21-year-old college gal and the 27-year-old billionaire meet and enjoy a bit of rough play. He’s a bit of a controlling, arrogant dick, and she is torn between her illicit feelings for him and what she should feel… (OK, that’s not exactly the official synopsis. Why doesn’t she just dump him? Sigh). 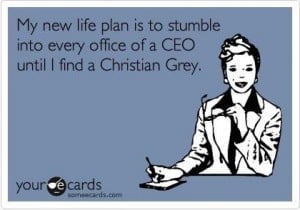 “I found Fifty Shades of Grey very hard to read because it made me cranky just how appalling the writing is. It’s really bad, the main character says ‘Holy crap!’ or ‘Holy cow’ or ‘Oh gee’ ad nauseum,” she says.

“And I was in the middle of writing a novel and I tend to get influenced by what I’m reading, so I felt I couldn’t write at all while I was reading the book. I had to skip through it really quickly – it was such bad writing I was worried my own writing would take on elements of it.

“I think it’s sad it’s sold so many copies because it says something about our society. I don’t consider it a book product – it sells well to people who aren’t readers.” 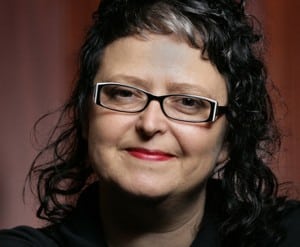 Kneen abhors Fifty Shades’ overtly submissive female protagonist, Anastasia Steele because she’s not a powerful character. “I have a real problem with the fact that heroines like Anastasia are submissives and not in a Story of O kind of powerful way. She doesn’t want to be a submissive, which in my book means rape if someone if forcing you to do something you don’t want to do.”

On the other hand, sex shop traders inevitably adore the book and film franchise. For Fifty Shades has reportedly caused sales of sex toys and bondage and S&M gear to skyrocket both nationally and internationally.

Swedish intimate lifestyle company LELO, renowned for selling one of the world’s most expensive vibrators – a 24-carat, gold-plated number at US$13,500 a pop – has claimed its enjoyed a 400 per cent sales increase for its Luna Beads (aka pleasure beads or Ben Wa Balls) thanks to the Fifty Shades phenomenon. 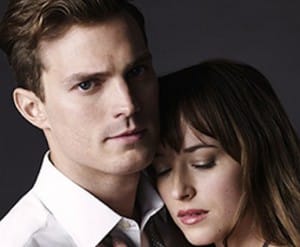 What do you think? Has Fifty Shades boosted your sex life or did you fall asleep reading it?

Main images at top via fanpop.com; cartoon via pinterest.com; Krissy Kneen image via blogs.crikey.com.au; and final image via cinemablend.com