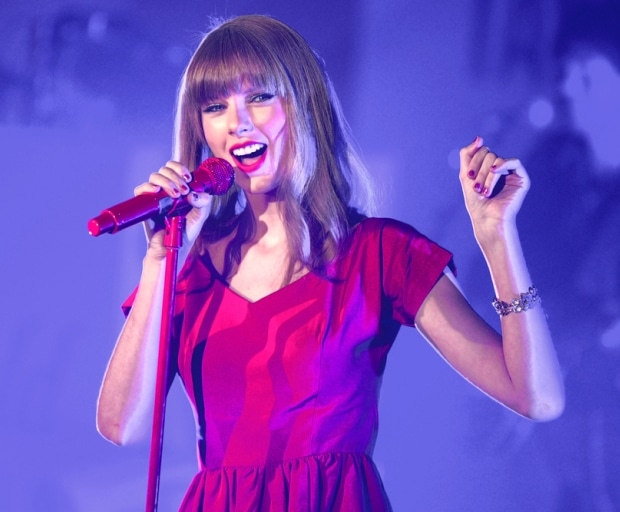 At 41, My Life Is Nothing Like I Expected, And I’m Okay With It

All aboard the feminist train…

Just when we didn’t think we could love her any more than we do, Taylor Swift goes and shows some serious ‘tude. After claiming the Album of the Year award for 1989, the singer slipped some burn into her acceptance speech.

When she’d sifted through her various ‘thank you’ moments and donned her best ‘surprised’ face, Taylor’s speech took a turn for the stern.

“As the first woman to win Album of the Year at the Grammy’s twice, I wanna say to all the young women out there; there are going to be people along the way who will try to undercut your success, or take credit for your accomplishment or your fame, but if you just focus on the work and you don’t let those people sidetrack you, someday when you get where you’re going,” she said.

“You’ll look around and you’ll know that it was you and the people who love you that put you there, and that will be the greatest feeling in the world.”

Taylor’s words don’t just convey a valuable message of female empowerment. It’s pretty safe to assume she’s throwing some shade at none other than Kanye West. There has been some distinct tension between the two since their clash at the MTV VMAs in 2009, when Kanye hijacked Taylor’s acceptance speech for ‘You Belong With Me’; grabbing the mic from her mid-speech and telling everyone the award should have gone to Beyonce. Since then, Kanye has claimed this incident made Tay the superstar she is. This is kinda evident from some of the (rather tasteless) lyrics in his latest song ‘Famous’.

Can you smell the misogyny?

Although Taylor received some criticism for her undeniably loaded speech, celebrities were the furthest thing from shy about expressing their support.

‘Loved your amazing words! Keep encouraging all those young women to write their stories and sing their songs,’ tweeted Reese Witherspoon.

‘Congrats to @taylorswift13 for making history at #GRAMMYs, but it was her speech to young women and women of all ages that inspired me. Bravo,’ Maria Shriver also posted.

Ruby Rose also had some encouraging words via Twitter, ‘Congratulations @taylorswift13 first you looked amazing, second you performed like a queen and you ended with an on point speech.’

Keep on shining, Taylor. As you’ve told us so many times; “Haters gonna hate.” As for Kanye; stick to Twitter rants about Mark Zuckerberg. They’re way more entertaining.

Comment: What do you think of Tay’s bold speech – love it or hate it?