That Time I Joined An Internet Cult

We all go through weird stuff when we’re teenagers. We experiment with sex, music, fashion, food; anything we can get away with (and some things we couldn’t). So becoming a teenager at an age where the internet was new and full of information and possibilities that were untapped by the majority of the population made my teen years all the more interesting. Most of my weird stuff was pretty benign. Sometime in the mid to late 90s I got really into anime, started wearing baggy black T-shirts from Hot Topic, and joined an internet cult.

It started out as innocent as the rest of my adventures; chatting online with a classmate of mine and a few of her internet friends. Though it was always from behind our computer screens, we all got to know each other pretty well, and started chatting regularly, mostly about our fave animes, with a slice of religious and philosophical exploration. There were four of us at the core: myself, my friend Mary, and our two internet friends, Skylar and Mike.

Then one day they introduced a fifth. They’d all known her before, but hadn’t been sure about introducing us. It was “a big deal”, they told me. They’d been talking to her about me and she wanted to (virtually) meet me, thought I might fit in. I thought I already had, but at 15 I was pretty eager to meet anyone’s supposedly high standards.

Her name was Rama. Unlike the rest of us who were based in the United States, she lived in the Philippines. But that wasn’t really a problem because she said she flew to visit them often.

“That’s nice of her,’ I told the rest of the group, during one of our regular online chat sessions.

“You must be really close for her to spend that much money to come out here all the time.”

“No, no. She visits us on the astral plane.”

The way they explained it, they all came together on the astral plane to spend time together. It was apparently some kind of psychic platform that let them see and interact with each other. I was pretty skeptical, but each to their own. The more we talked, the more Rama had to say about me. My aura was a rainbow, and she remarked that this seemed like the “perfect fit.” Everyone agreed. Everyone except me, who was still feeling stupid about being stuck on figuring out how to ‘astral project’. 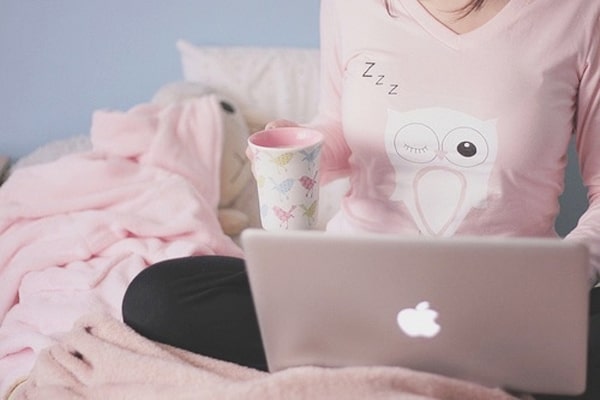 After about a month, they decided to let me know why I’d been brought to the group in the first place: my job was to help Mike on his personal quest. His mind was fragmented, you see. And each fragment connected him to another one of his lives. I was supposed to train to use some kind of astral weapon so I could literally fight his demons for him and rejoin his shards.

Looking back, it’s a hundred per cent ridiculous, but at the time, 15 year-old me was enthralled. I was suddenly the focus of everyone’s attention – all of these people wanted me to help them. Completely unremarkable me. I wasn’t sure if I completely bought into their weird world yet, but it seemed harmless enough. I wanted it to be true. So I decided to make it be true for as long as I could manage.

It meant months of pretending to ‘channel’ other people, of hearing about how Rama was pregnant by her Japanese god of a husband (who she also met on the astral plane), and how her child was going to be royalty. To this day I don’t know if she was actually physically pregnant or if this was just another one of her “projections”.

Mike became more and more attached to me during our online interactions. Each time I fought off one of his supposed demons, another one mysteriously appeared. It was an endless stream of issues and it was my job to solve them.

It all came to a head when I confronted him asking how long he expected this to take. He seemed shocked. It was apparently assumed that I’d be doing this the rest of my life – basically the group wanted me to marry Mike some day – despite never actually having met him in person or even seen his face – so I could devote my life to clearing his mind.

That’s what snapped me out of it. Helping people, sure. Pretending we were basically playing an RPG in our minds, whatever. Literally devoting the rest of my life to this guy? Nooooooope.

It took me a little longer to figure out that I was being used to make this guy’s life easier. The ‘demons’ I was battling for him were essentially his own insecurities, and he was feeding on mine to make his better. The group splintered when I quit and we all went our separate ways.

Years later I ran into Mike again on another forum. I think I was selling off some of my old video games. We chatted about it for a bit, and I brought up the topic of our weird little cult, ribbing both of us a little on our teenage gullibility. Mike was genuinely offended. He still believed it was my true calling to heal his mind, and even tried to guilt me back.

“Do you want me to be broken forever? You’re the only one who could heal me!” he exclaimed.

I did feel bad. Not for quitting, but because I thought this was a guy who genuinely needed help.

When he confessed he wasn’t the teenager he’d pretended to be – that he’d actually been in his 40s when he’d been preying on 15 year-old me online – I felt a lot less guilty.

I do hope he got his life figured out, though. I hope he’s happy with wherever he ended up. But man, do I not regret cutting those people out of my life.

Comment: Have you ever been drawn into an obsession? How did you break it?