That Time I Turned Down Sex With My Celebrity Crush

Just because you can, doesn’t mean you should.

Everyone has a celebrity crush. He’s famous, talented and rich, and the only reason you two aren’t married is because he hasn’t met you yet. I am certainly no exception.

The subject of this story is actually my second biggest celeb infatuation after terrific tennista Rafael Nadal, who looks mighty fine in a pair of Tommy Hilfiger briefs. He’s another sports star: gorgeous, semi age-appropriate, amazing at what he does, and from what I can deduce from interviews, a really nice guy – and I had managed to nab front-row seats at one of his matches.

I flew over with a gal pal from interstate for the weekend. After we’d settled into our awesome seats, I suddenly caught sight of my celebrity crush sauntering towards the sidelines. I clutched at my friend’s hand, my heart caught in my throat.

“There he is!” I whispered excitedly.

As he came closer, chattering away with one of his team mates, I noticed he was about to pass right by us, which meant I had to act fast. After what seemed like an eternity, he finally reached us. It was now or never. I leaned over the railing, praying my dress was doing my cleavage justice.

“Hey!” I called out, in the most seductive but least groupie-ish tone I could muster. He looked up and our eyes locked. My pulse was racing. He was actually looking at me. What would he do? What would he say? Truth be told, I didn’t expect anything more than a cursory ‘hello’ and a distant smile. Instead, he held my gaze, and his face split into a lazy (and incredibly sexy) grin.

“Hey, how are you?” he drawled in his absolutely sensational accent. Inwardly doing the happy dance, I managed to maintain a cool and (hopefully) seductive veneer.

“I think you’re awesome!” I called out, returning the smile. His grin broadened, and he held my gaze as he left the arena.

“I’ll see you later!” he said, and with a flirty wave was gone.

Holy. Effing. Hell. I had not only spoken to my celeb crush, he had actually, legitimately flirted with me. As soon as he was out of earshot, I gave a squeal and, embarrassingly enough, burst into hysterical tears.

After the game, we headed back to our hotel room, buzzing with talk of the match, the hot dogs at half time and, of course, my brush with stardom. The phrase “I can’t believe that happened!” was uttered at varying pitches for about an hour, until we decided to get a bit cheeky.

“Why don’t we tweet him?” I suggested eagerly. “It’s not weird to just say congrats, right?”

“Of course not!” she replied. “Plus he’ll totally remember you.”

“He will not,” I quipped immediately.

“No, I saw the way he was looking at you,” she replied, deadly serious. “Trust me, he’ll remember.”

So, filled with fan-girl fever, we formulated a tweet from my account, along with a totally G-rated photo of us so he knew who we were (okay, that was a touch groupie), and gleefully sent it. We didn’t really expect a response, but still stewed over it to make sure it was perfect. 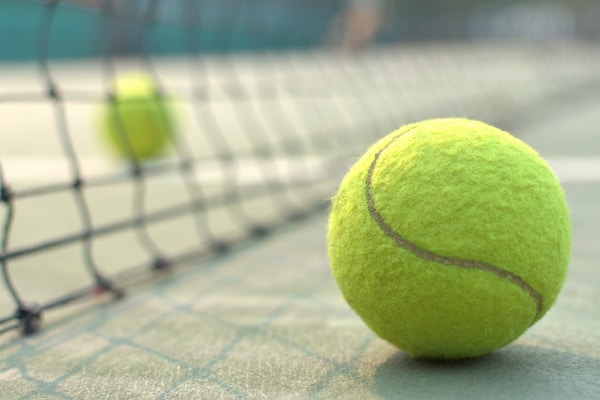 I laughed. “I had my moment with him, that’s enough! It’s done.”

At least, I thought it was.

Here’s the thing… Twitter, in some attempt to remain as relevant as Facebook, has introduced a private messaging feature. I’m pretty sure nobody in the world uses it – which is why I shrieked and hit the floor when I received one from my insufferably handsome, gorgeously charismatic celeb fantasy man.

My hands shaking, I read out the message. “So, you think I’m great? Lol, I heard you today,” I murmured, my voice shaking. “What should I reply?!”

‘Yeah… I think you’re pretty cool,’ I eventually typed, making sure I added a winky-face-with-tongue-out emoji (so simple, yet so important).

‘I guess I’ll take that, lol,’ was the immediate reply. ‘Hey, why don’t you text me? It’s easier than talking on here lol.’

He then sent me his private, personal, definitely-his number. So I did what any sensible, right-minded person would – I texted him immediately.

‘Hey, congrats on today! Are you having fun here?’ I was on a roll now.

I don’t know what I expected in a reply. Maybe a ‘Thanks’, maybe ‘No, I’m homesick,’ maybe even ‘Hells yes, I’m totally drunk right now!’, but nothing could have prepared me for what he texted back.

I didn’t wait for her to finish. This had to be handled like a professional flirt.

‘Poor you,’ I texted back, coy but not dismissive. ‘It’s a tough life!’

Ten seconds felt like 10 lifetimes, but finally his next message popped up.

‘I guess that’s not gonna change tonight… Or is it? How about you come over?’

The room started spinning. Here I was, unassumingly sitting in a hotel room with one of the biggest superstars in sport propositioning me… for sex… via text. This was my fantasy. The stars had aligned, and I had the opportunity to carve probably the biggest notch into my bedpost ever. I vaguely registered my buddy egging me on, saying if I didn’t do it she’d never speak to me again. I felt the blood rushing through my veins at the promise of coitus. But for some reason unbeknownst to God and man, a little voice in my head was saying ‘Don’t’.

I hate that little voice. Everyone does. It’s the breathy whisper stopping you from heading for certain disaster, like climbing on a roof. Or telling your boyfriend you love him too soon. Or having sex with a guy who, although famous and rich and hot, could be a complete jerk.

So I called my mother, because she, unlike all my friends, would actually give me sensible advice. I wasn’t sure how long he’d wait for my reply. Probably 60 seconds at best. Fortunately she picked up after the first two rings. I quickly blurted everything out.

“They laugh about girls like that in the locker room!” she continued.

“Just listen… You told me you might want to do some sports journalism, right? Well, if you start messing around with the players, you’re screwed. He’s a jock, remember? He’ll talk and you’ll lose all credibility.”

I knew she was absolutely right. And what made my blood boil was I knew this wouldn’t be an issue if I were a man.

I stewed on it all night. How unfair it was that we still lived in a world where women had to rein in their sexuality. How bummed I was that I turned down the offer of a lifetime. How maybe I should have harnessed my inner sexual feminist and just done the deed. That’s what female sexual autonomy is about, right? Rejecting slut-shaming and sleeping with whoever you damn well want to?

I thought about how shitty I felt after every one night stand I’d had, how, try as I might, I couldn’t completely banish those lovey-dovey hormones my brain released after every act of intercourse, tricking me into unjustified infatuation. Why would I willingly put myself through that? Especially with a guy who felt entitled enough to reduce me to an object, laugh about me with his team mates, and would probably be terrible in bed anyway because he was rarely around women.

Suddenly, it hit me. Female sexual autonomy doesn’t have to be about sleeping with every guy we desire just to prove we don’t fear being judged. It’s more to do with being selective. Having standards. At the very least, being able to identify a less than desirable situation for what it is, and showing restraint, rather than feeling pressured to constantly demonstrate sexual prowess. In that moment, I reluctantly admitted to myself I’d made the right choice.

Besides, I didn’t really want to leave home with a clean bill of health and potentially come back with herpes. That would seriously suck.

Comment: Have you and a celebrity ever… you know?