What Is The Bachelor Doing To Mental Health?

I am a reality television junkie – and it hurts to admit that. It’s pretty shameful to say that I love watching TV shows in which either a) celebrities go about their daily lives, b) normal people get into a competition for something, or c) outrageous people are actually paid to party and do stupid things. I like to justify it by saying that it comes from my own stressful lifestyle where watching trashy TV shows is like time out for my brain.

RELATED: Woody Gets Hard At Work In Bachelor Season 3 Premiere

However, it’s impossible to turn my brain off completely and that’s why when watching The Bachelor the other night, I thought about how completely immoral and stupid it is to pit women against each other for a man they don’t even know. But of course, this is obvious, and often why the show is opposed by feminists and anyone with a brain.

It’s the fact that strong women still put themselves in this situation, where they are quite literally competing against other women for the affections of a man that they barely know. While watching the show from the comfort of your own home, you actually feel uncomfortable in the way that these women are portrayed as petty and jealous, with every move and look scrutinised purely for the entertainment of the audience. 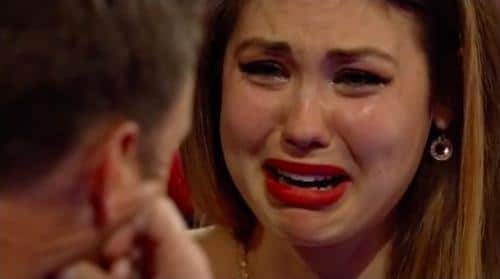 For the women on the show, being in The Bachelor mansion could be having a detrimental effect on their self esteem. Putting all their energy into trying to win the affections of a man and whether they are successful or not in gaining his attention and affection is almost a cry for help regarding self-worth and self-esteem.

However, it could go both ways. On one hand, these women could be so sure of themselves that whether or not they win a competition to get a boyfriend will not affect them or the way they see themselves. On the other hand, they could be taking to heart the producer’s choices and/or Sam’s choices and making mental notes of all the things that they deem not good enough to land them a man on a television show.

In that respect, we do have to praise the women who leave the show and tell their last piece to camera in a way that empowers them to get back out there and be themselves to find the right man for them.

It’s a bitter world out there and while I do love a good Bachie romance and am looking forward to Sam Frost killing it on The Bachelorette, we do need to ask ourselves whether someone’s self esteem should be worth our entertainment.

Images via popsugar.com and yahoo.com