Bring on the men.

When Bachelor hopeful JoJo Fletcher had her heart broken by Ben Higgins on the season finale of The Bachelor, Season 20, we all felt gutted – I, for one, was strongly #TeamJoJo – but something told us this wasn’t the last we’d see of the bangin’ brunette with an infectious smile.

And we were right.

This season, JoJo’s back, and contagiously likeable as The Bachelorette. And though the show’s only been going for 12 seasons, the female led series is already giving The Bachelor a run for its money, with adorable bromances and chest puffery to spare, plus plenty of proof of what we long suspected, the fact that guys bitch just as much as we do.

This Monday night our fave leading lady made her grand re-entrance, draped in a skin-tight shimmering gold Randi Rahm gown that left little to the imagination (and who’d want to, with curves like that?!).

In true Bachelorette style, the boys made their entrances in a predictable pattern of smouldering hot dudes underscored by romantic theme music, interspersed with loveable goofs who exited their limos to a soundtrack that wouldn’t be out of place in SpongeBob Squarepants, reminding us all they’re only here for our amusement in the first few eps. 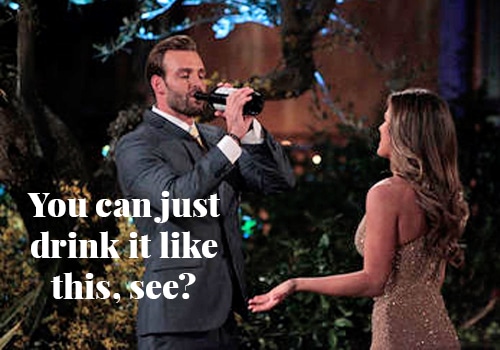 These included a guy who appeared to be confused about why he was there and showed up in a kilt, and a dude who bought wine to try with JoJo but forgot that drinking requires a glass, and instead resorted to classily taking turns swigging from the bottle.

There were some clear standouts from the get-go.

Audible panty dropping was heard when bad boy and ex marine (hubba, hubba) Chad Johnson stepped onto the scene, signalling plenty of forthcoming testosterone-fuelled peacocking and chest clashing when he met the contenders and promptly began aggressively sizing everyone up.

Adam Levine lookalike Ben (a coincidence?!! Me thinks not…) rode in on a horse dressed as a unicorn and won everything. 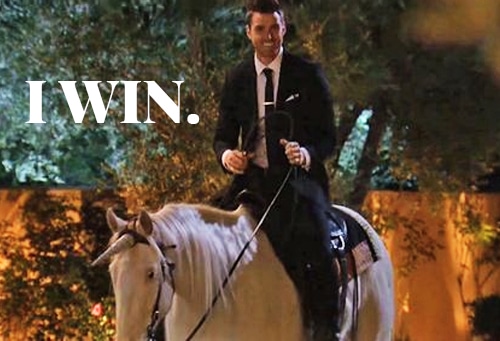 And former pro quarterback Jordan and his meticulous sideswept undercut fade snagged the first kiss for the show, before one of the guys re-appeared dressed as Santa and JoJo immediately took to enacting a Daddy issue/old dude fantasy by sitting on his lap and telling him how handsome he was. 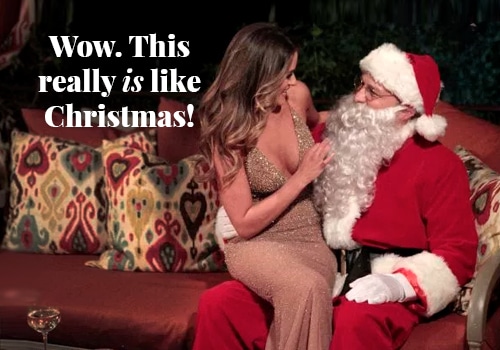 Then most of the guys got mortifyingly drunk, and ex Bachelor Jake Pavelka inexplicably showed up for a baffling pre-rose ceremony chat with JoJo in which he proved his extensive knowledge of cliches, dolling out gems such as “Just be true to yourself” and “Keep your heart open to love”.

My only theory as to why he was there is that he was passing by to pick up a residual cheque from ABC and stumbled onto the set by mistake. 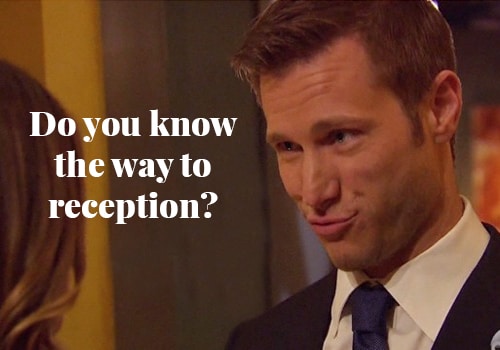 Finally, the roses were dished out (no surprises, the guy wearing a kilt was axed) and then we got a sneak preview of what to expect this series, and HOLY SHIT does it look epic.

Oh yeah, and it looks like JoJo finds love.

Though let’s not kid ourselves, that’s not really what we came here to see.

Images via ABC and youtube.com.

Comment: Who’s your fave guy to win JoJo’s heart on the season of The Bachelorette?