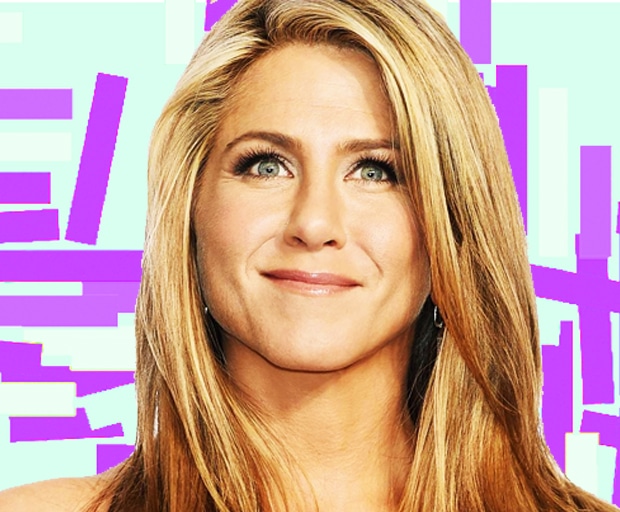 The world needs to get the message our bodies aren’t up for public commentary.

Very few people would argue the point that women get the raw end of the business deal in Hollywood. They’re expected to look perfect on the red carpet, never have a pinch of fat visible on the beach, and if they’re too outspoken or have opinions that are too strong, they’re very quickly labeled bitches.

As if getting paid significantly less than their male counterparts wasn’t enough, they also get to deal with the double standard that just about every person with a womb is familiar with: the expectation of motherhood.

For some bizarre reason, the mere possession of the anatomical parts to carry a child seems to signal to the world that those of us with them actually want to give birth. Whether I personally do or don’t is irrelevant – it shouldn’t be expected of me to begin with.

Jennifer Aniston recently published an op-ed on The Huffington Post lambasting journalists and photographers for stalking her and demanding to know the status of said womb. Apparently not only is it a given that someone in a relationship with a partner that makes it anatomically possible for them to have biological children is an automatic indicator that they must, in fact, have them, but women in particular seem to be expected to fill one of three roles: past mother, present mother or future mother.

If you’re already a mother you get a break. It’s one of the few times you’ll see the media give a woman who’s dared to tip the scale north of 120 pounds a break — she’s just had a baby! It’s not easy losing those baby pounds, you know. Which should obviously be the focus of anyone who’s had a child – not the proper rearing of said child, but making sure you’re back to the desirable weight you were prior so you can once again be objectified by media.

And naturally if you’re in a relationship with someone with whom it’s possible to have a biological child with, that must be your goal. And if you aren’t yet, well, you’ll meet the right partner someday. It’s impossible to believe that a woman might feel complete without a child, that this might not be the goal of every girl ever raised.

But why? Why is it implausible to simultaneously be grateful to our mothers and impressed by those who can carry the burden and blessings of motherhood without wanting to pick up the mantle ourselves? I respect the hell out of firefighters, but that doesn’t mean I’m about to go out and train to become one.

Did you know that women are still turned down in job interviews if they’re deemed young enough to make their employer think they may want to have kids sometime soon, or worse, fired when a pregnancy is detected? It’s why some states have actually made it illegal to ask potential employees whether or not they want to have kids. Think about that. It happened often enough that states have had to actually pass laws making it illegal. How depressing is that?!

And where’s the equal scrutiny for men? Just because they aren’t carrying the child doesn’t mean they aren’t an equal partner in this whole thing. But in a world where mothers are expected to work all day and also come home to make dinner and do the chores, we’re told by dozens of commercials that men are just too comically inept to carry that same burden. It’s insulting not just to mothers, but to fathers as well. Surely you guys can manage to make a dinner without needing Hamburger Helper to save the day.

It’s just one more of those little equalities, those microaggressions that follow us around every day. The assumption of motherhood. The assumption that every woman must have and must want children. We like to think we’re lightyears away from the days when it was expected a woman would give up her life’s aspirations to raise her partner’s child, because, what other aspirations could a woman possibly have? But we’re closer to those days than we think. We have the same expectations – we just expect her to balance a career and still manage to get a steak on the table for her man when he gets home at six.

Sexism is alive and well, and it’s not just Hollywood that bears the brunt of it. As women, we are the only people who get to decide what happens to our bodies; the world in general needs to get the message that we are not for their public consumption or commentary.

Comment: Do you agree there’s way to much pressure put on women to follow social expectations when it comes to marriage and child-rearing?