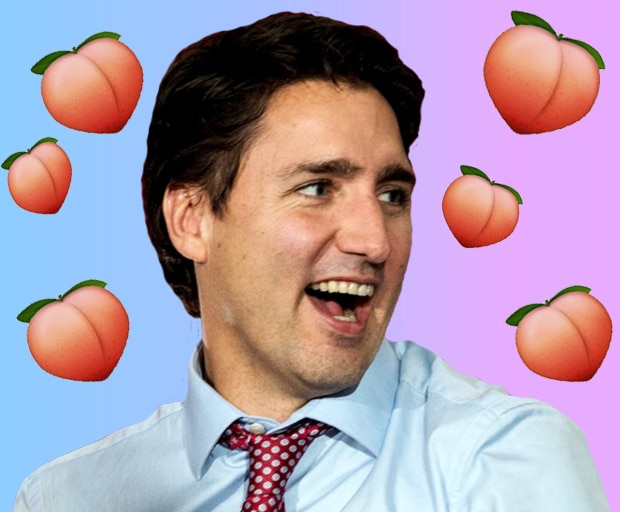 8 Products That Will Make Your Makeup Last Way Longer

Be still, our beating hearts.

Canada’s PM may be the first to introduce one of the most diverse political cabinets in history, fly a rainbow flag from Parliament Hill, and announce some of the most intensive trans rights protections the country’s ever seen – prompting the immigration site to crash with huge numbers eager to join his bold new political reign – but all anyone can talk about RN is his butt.

Because, let’s face it, those aren’t Justin Trudeau’s only achievements. He also happens to be a total babe. And one of his most outstanding physical attributes (besides his dreamy sky blue eyes, dark floppy hair and impossibly heartthrobby smile…SWOON) happens to reside in his, erm, backside; a point made evident by an innocent-but-exceptionally-well-angled snap captured during one of the PM’s speaking announcements last month.

The pic started going viral on social media this week after thirsty followers noticed how inexplicably perfect the PM’s butt is, provoking a surge of politically charged discussions.

Justin Trudeau’s ? of a butt is the best thing to happen on Twitter today pic.twitter.com/0kKCQR4iQD

I usually try not to post about politics on twitter, but I’m ready to start a conversation about Justin Trudeau’s butt

‘I’ve discovered the solution to world peace, and it is Justin Trudeau’s butt,’ another added.

I’ve discovered the solution to world peace, and it is Justin Trudeau’s butt.

And it wasn’t long before the memes started flowing in…

Actual pic of me when I see Justin Trudeau’s perfect butt pic.twitter.com/Yjxej2vMLz

I made a quick reference guide for looking at Justin Trudeau pic.twitter.com/8EL8z2TRwO

.@realDonaldTrump Are you spinning out because everyone hates you or because Justin Trudeau’s butt is so much tighter than your dumpy ass? pic.twitter.com/jSWj6t02PM

And we know what you’re thinking – isn’t objectifying someone like this kinda gross? Well, as Channing Tatum brilliantly pointed out recently, men have been doing this stuff to women forever, so why not indulge in a little reverse objectification?

I mean, obviously there’s more to the PM than his physical attributes, but it should still probably be acknowledged: HOT DAMN, that’s one fine behind. ???

I Named My Rapist On Facebook. I Wasn’t Prepared For What Happened Next.