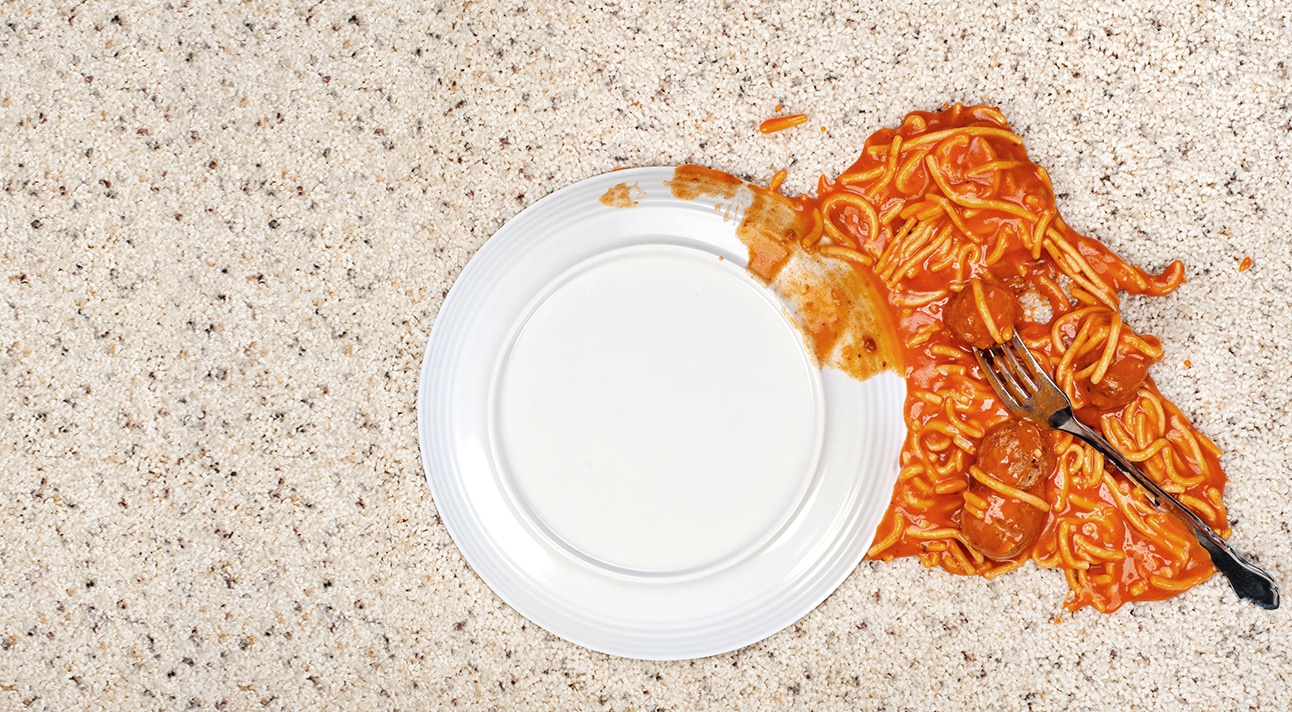 How A Stranger Gave Me An Explosive Orgasm Without Touching Me

We’ve all seen the commercials. You know the ones: they’re filled with giggling babies and a beaming, designer-label clad mother with bouncy, perfectly coiffed hair, sparkling eyes, and a body that would make Gisele Bündchen green with envy.

Now I’d like you to imagine a different ad. In this one, a muffin-topped mother is sporting cereal-stained pajamas in the middle of the day and wiping her unwashed, matted hair from her eyes while gagging on the stench of her screaming tot’s poo-covered bottom. Welcome to motherhood – the real-life version.

Society loves to portray motherhood in glorious, glowing soft focus. Along with that image comes the unspoken implication that those who find the reality of motherhood to be quite different – which is most of us do – are somehow inadequate. I don’t care how capable you are. It doesn’t matter if you once managed a team of 100 employees, curated billion-dollar investment portfolios, sailed solo around the world, or danced up Mount Everest in a sequined bodysuit and six-inch heels: you can (and will!) still be reduced to a gibbering mess by a single tiny human.

And while motherhood is, as advertised, packed with amazing moments that will have you on a blissed-out high, it’s also littered with feelings of confusion, frustration, and self-doubt that will slam you back to earth. And that’s normal. Life is not a Huggies commercial, and, a library full of parenting-made-easy books isn’t going to do the job for you.

If, however, you are going to go the self-help book route, make sure Susan Maushart’s The Mask Of Motherhood is among them. It’s one of the few books to actually acknowledge the fact that raising kids, especially the shiny squishy brand-new ones, is difficult beyond anything you can imagine. At least, it is if you’re partial to sleep, personal hygiene, sex, and any kind of social life. And that’s not even factoring in the cost of parenthood. Having kids ain’t cheap.

A 2013 study by the US Department of Agriculture (USDA) revealed the average cost of raising a child is a whopping $245,340 – and that doesn’t even include the cost of school or pregnancy-related expenses. Prepare to bid your shoe-buying habit farewell.

And can we talk about the messes children make? A single unrestrained child can turn a room into a scale model of the set of a disaster movie in mere minutes, and it isn’t uncommon for them to attempt to recreate the entire back catalogue of Jackson Pollock’s works using only breakfast cereal. But that’s not the worst of it. Children also have a complete disregard for where they offload their snot, drool, and partially masticated food. Also, a toddler can easily go through more changes of clothes in a day than Katy Perry in concert. And you get the pleasure of cleaning it all up. But only after a night where you’ve managed the equivalent of 23 minutes sleep.

Speaking of which. Children, especially the little ones, don’t have much regard for day vs. night, so broken sleep soon will become your new normal. And by broken, I mean smashed to pieces, set fire to and buried, before having its grave danced merrily upon. Ongoing sleep deprivation can become so torturous you’ll consider replacing your tot’s bedtime nursery stories with a recitation of The Universal Declaration of Human Rights. And don’t think it’s just a phase that will only last a few months. Seven years into this parenting gig, we are still invariably woken up by at least one of our children sneaking into our bed with nocturnal ninja-like stealth – a ninja with no disregard for romantic alone time, who kicks us repeatedly in the face and steals all the covers.

Then there are the diapers. You’ll change around 2,800 of them in the first year of your child’s life alone. And though you’ll be relieved when they show an interest in doing it on their own, the actual task of toilet training is right up there with ritual flagellation – only smellier.
Parenting is hard in less obvious ways too. Some people are gifted academically, and some athletically. My husband and I? We’re good with words. Swear words. Which meant that as well as learning to parent on the aforementioned 23 minutes a night of sleep, we either had to start communicating via interpretive dance, or else learn a whole new way of speaking to each other.

But it’s not just the bone-wearying exhaustion or 24/7 workload that makes being a mother hard. It’s losing any semblance of privacy and time for yourself. It’s saying goodbye to your friendships, ability to sleep in, freedom, functional sex life, and even going to the bathroom without an audience.

While these things may sound trite, they’ll seem as necessary as oxygen on a particularly hard day. Though ironically, if you manage to get a hall pass for a night out sans offspring, you’ll probably spend the whole time talking about your kid anyway.

Here’s the truth: in spite of the mess, diapers, expense, sleep deprivation, and chaos, your children will bring you more joy than you ever thought possible. It may be the toughest job in the world, but it’s also the most rewarding.

Comment: Do you think society projects unrealistic expectations around the experience of motherhood?