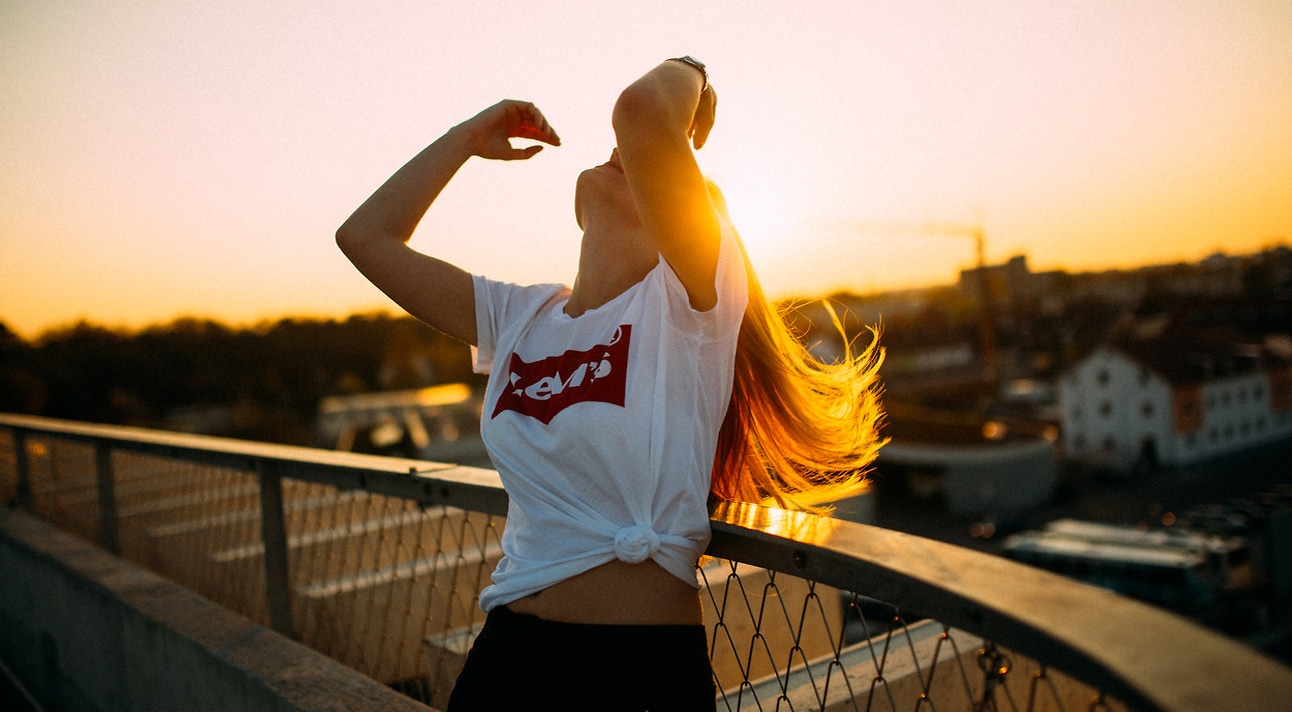 How Long Should It Take To Reach Orgasm?

Lupus was the ugly secret I hid in the closet, the sloppy drunk friend I pretended not to know.

“Measure fifty!” the cellist beside me hissed. The notes in front of me wandered off the page to flit among the wedding guests sipping champagne. I had been playing wedding gigs since high school, but today, the music on the stand in front of me failed to penetrate the fog in my brain. Every few measures, misfiring synapses sent wrong notes out through my viola.

Exhaustion filled my head with cotton. My hands trembled. My bow skittered across the string.

During a short break after the ceremony, I left my viola with the violinist in the trio and locked myself in a restroom stall. After fifteen minutes, I wiped away the places where tears smudged my mascara. Then I returned to my seat to finish the gig.

As twittering guests flocked to the drink table, the violinist motioned for us to begin again. My viola weighed on my shoulder. I knew the fatigue would linger into tomorrow and the day after. Still, I sat and pretended to be fine. Despite the fatigue. Despite the confusion. Despite the damage that working past the point of exhaustion was doing to my body.

As bridesmaids in elegant dresses giggled and mingled, I wondered if my brain would ever be the same. I was afraid to know the answer.

I lost my mind for the first time when I was twenty-two. A month into my first semester of a Master’s degree in viola performance at the University of Hartford, a thick fog settled into my brain. Fingers that had once flown across the strings of my instrument stumbled. I forgot to return phone calls or turn in assignments. The textbooks, sheet music, and cardigan sweaters strewn across my apartment seemed to vanish when my back was turned. I left my viola bow in a practice room overnight. My bike disappeared somewhere between my first apartment and the one I moved to before my second year of study. When I reached into my dresser drawer for a sock one day, I discovered two hundred dollars cash — the silver lining of brain fog, I joked to my friends.

Physical symptoms soon followed. Nausea propelled me to the bathroom each morning. Chunks of my hair carpeted the floor. No matter how much I slept, exhaustion trailed me like a jealous boyfriend. I’d planned on spending grad school studying, practicing, and sharing Blue Moons with friends after concerts. Instead, my days were filled with mysterious symptoms, skeptical doctors, and a cognitive haze that transformed even simple tasks into advanced calculus.

It took seven doctors eleven months to piece together the clues my body left them. Years later, their faces would blur together as I blasted the car radio, trying to drown out my thoughts. The doctor who interrupted me to tell me I was depressed before I finished listing my symptoms. The doctor who over-enunciated and then slipped me the number for a psychologist. The young urgent care worker who asked me earnestly if I was sure I wasn’t pregnant. The white-haired doctor who declined to run too many tests because “they can be confusing.” Doctor after doctor saw my youthful skin but not the pain lurking beneath it, my brown eyes but not the panic rising in their depths. Depression, bipolar disorder, pregnancy, Lyme disease, thyroid disease. I collected false diagnoses the way some people collect stamps.

The seventh doctor finally thought to test for autoimmune disease. Positive markers littered my blood test. I had lupus. I was in the middle of a flare, a period of heightened disease activity.

“The immune system is like an army,” Doctor Number Seven explained, straightening her lab coat. Her glasses magnified her brown eyes. “Your army is confused. Rather than attacking the enemy, germs, your immune system is attacking your body itself. Lupus is a chronic illness. You’ll have it all your life. Most of my patients regularly experience joint pain and fatigue,” she added.

The paper on the exam table crinkled under me.

“Will I have a normal life?” I asked.

“Of course!” she laughed.

Years of exhaustion would chip away at this last reassurance. “A normal life” would become yet another misdiagnosis.

When you’re sick, time seems to stand still. In reality, the clock ticks on. After my diagnosis, I graduated with my Master’s. I moved back to my hometown to marry my boyfriend of seven years. Hoping to leave lupus behind, I leapt wholeheartedly into a career as a violin teacher.

But the reactions of the people around me to my illness festered like a wound that refused to heal.

“Everyone thinks you’re totally weird,” a violinist in my Master’s program had once whispered before a faculty recital. I swiveled in my plush auditorium seat to face him. The lights dimmed as the curtain swung open. Had I been healthy, I would have deflated his grin with a sharp retort. But my words remained mired in the fog in my head.

I learned to hide my diagnosis as if it were a crime. I became skilled in the art of misdirection. Laughter could distract from the tremors in my hands. A pixie cut or bob disguised the missing clumps of hair that clogged the shower drain each week. With the right shoes and a crisp pencil skirt, no one could guess I was too sick to work full time.

I constructed rules like a fortress to protect me from judgment. Wait a year after meeting new friends before telling them I was sick. A smile covers pain like a band-aid. Never miss work. Always wear high heels. Among people who didn’t know I was sick, I could never just be myself.

Lupus was the ugly secret I hid in the closet, the sloppy drunk friend I pretended not to know.

I wanted to erase the years of sickness that had twisted and bent my personality into someone I was not. I pictured myself perched in a canvas director’s chair, editing out the scenes of trauma and uncertainty until only the happy, confident person I had been remained.

Life would soon grant my wish, but in a way I never could have imagined.

Two years was enough time to recover from the first flare but not nearly enough to forget the trauma of losing myself. As the blistering heat of summer softened into autumn, little cognitive blips began to pepper my thinking. I reached for my GPS to guide me down the same roads I had driven for the past two years. After tripping and spraining my ankle, I reluctantly traded my high heels for ballet flats. “Just for a few days,” I told myself. But before my ankle healed, I stumbled again. My sudden clumsiness stretched days of wearing flats into weeks. Tuning my students’ instruments required more concentration than it should have. I lost my keys over and over. Lupus crept into my brain disguised as carelessness, as small mistakes anyone could make.

By the time I recognized my tell-tale fuzzy thinking, it was too late.

I stood up after teaching a viola lesson one day in late August.

My student flashed a gap-toothed grin and walked to the door. I tried to follow him, but my feet remained rooted to the ground. My student’s voice floated toward me from the hallway as he chattered about a pineapple under the sea. I tried again to lift my foot. My legs froze, as if I had just asked them to spring into a handstand. The memory of how to walk had been swept from my mind like a dead leaf after a gust of wind.

I had lost my mind again.

The weeks following that lesson were a whirlwind of doctor’s visits, high-dose steroids, and handfuls of pills. My doctor prescribed immunosuppressants that would work in three weeks and steroids that would make me emotional and ravenous immediately. My hair fell out in clumps. My cheeks puffed out like a chipmunk’s.

My husband pushed my wheelchair into the neurologist’s office. The air rippled like water as I reached out to touch it. As I mumbled and stared at the walls, my husband recited my medications to my doctor.

My hair fell in front of my eyes. I swiped at it, hitting my nose.

“What day is today?” the neurologist asked. She swiveled on her stool to face me. I stared at her blankly.

“Who are those people standing in the hallway?” she asked. I glanced at my mother, gripping my father’s hand and fighting back tears. My father’s skin was tinged with gray, as if he were a hundred years old.

“Parents,” I mumbled to the neurologist. I hoped that she wouldn’t ask me for their names because I couldn’t remember.

As the neurologist’s manicured fingers clicked over the keys, I reached for my husband’s hand.

He pursed his lips and stared at the floor. His hand slipped away.