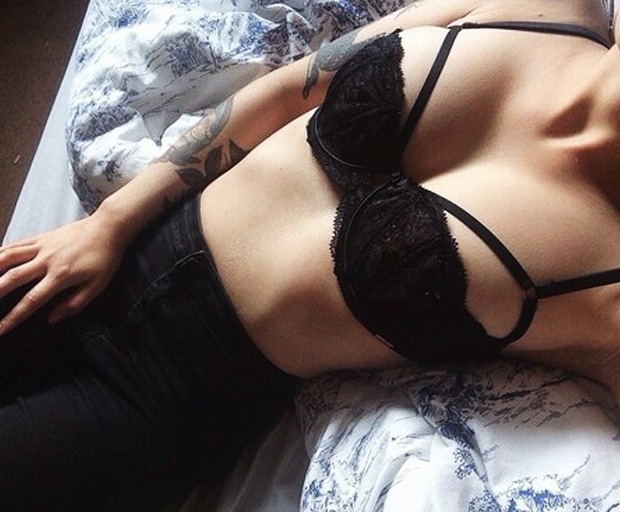 I didn’t feel bad about it. In fact, I felt angry at his girlfriend for existing.

I’m not a bad person. In fact, I’m often described as a very nice person — maybe even too nice sometimes. I’m empathetic to a fault, I treat others with respect and I very rarely do anything without considering all the potential consequences.

All of these qualities are great, but they don’t explain how I wound up in a stereotypical ‘other woman’ role a few years back while secretly dating an older man who had a girlfriend he lived with. It’s even harder to explain why it took years for me to feel guilty about it at all.

And even though you probably already hate me a little bit, let me explain.

I was 18, fresh out of a five year highschool relationship, and trying to navigate college and a job as a waitress at a popular chain restaurant when I met him. This older guy — we’ll call him Prince Charming (although he’s far from a prince) — was my manager. He was extremely charming, arrogant, funny, attractive and took quite an interest in me.

Heartbroken over my failed relationship, I was in desperate need of a confidence boost that came in the form of Prince Charming. When we worked together, he was always complimenting me, laughing at my jokes, and sneaking secret glances my way.

Things started out innocently enough: I knew he was almost 10 years older than me and, at first, I didn’t see him as anything more than my cute manager who was fun to flirt with when I was bored.

I’ve always been shy and quiet, and the people I worked with were so outgoing that I felt almost sick to my stomach with intimidation. Prince Charming was always there, though, offering help when I needed it, telling jokes just to make me smile, and generally making me feel better about myself. I liked being around him and our conversations became one of my fave things about my job.

As the months went by, Prince Charming and I grew close. We joked around in the back of the kitchen where no one could hear us. He would say corny and ridiculous things like, “I saw you in my dreams last night,” as he walked past me, and I would giggle and egg him on. We’d share a knowing glance in the crowded kitchen, and that would be it.

But soon, his flirting became more obvious. He would stand as close as possible to me when we talked. He would make excuses to be around me, even when his boss would get angry with him. Whenever I walked into work, he would immediately tell me how pretty I looked. Before I left, he would playfully ask when I was coming to hang out with him. He yelled at every guy he saw talking to me, he let me off the hook for the little things I did wrong, and he snuck me free food throughout the night.

One night, his girlfriend came to see him at the restaurant. He snuck glances at me the whole time he talked to her, and when she left, he ran over to me to make sure I was okay.

“Good,” he replied. “I don’t want my work girlfriend getting upset over my other girlfriend.”

As Prince Charming focused his attention on me more and more, my feelings toward him changed. I no longer saw him as the cute guy at work I could flirt with. I liked him, a lot. I couldn’t stop thinking and talking about him, I hung on to his every word, his moods dictated my moods, I made my work schedule revolve around his, and the best part of my day was talking to him.

I knew I was pathetic, I knew he had a girlfriend, I knew I wasn’t over my ex, and I knew I needed to stop, but I couldn’t. I had fallen for him.

One night, he gave me a pink permanent marker. When I tried to give it back, he said, “Give it to me tonight when the restaurant’s closed.” Confused, I left and consulted every friend I had about going back. I ultimately decided not to because I knew it would lead to something that I knew wasn’t right.

For the next two weeks, he repeatedly asked me to bring the marker back at night and I kept ignoring him until the temptation was too big. I called him on a night when he was closing and he asked me to come over there. Against all of my better judgment, I did. That night, we kissed for the first time, and from that moment on, I was sold. Any rational thought I had about him and us went out the window.

We started meeting up whenever he closed the restaurant, making out in my car in the parking lot or in the office of the building. During work, he would follow me into the supply closet, close the door and grab me. He called me when his girlfriend was working, and we talked on the phone for hours about everything, including how much he liked me and how much he thought about me. I was smitten in the most embarrassing way possible.

Because of the secret nature of our “relationship” — not only because of his girlfriend, but he would have surely been fired if anyone found out about us — things between us were incredibly exciting.

I also felt absurdly confused all the time. I knew that what we were doing was wrong, but strangely, I didn’t feel bad about it. In fact, I felt angry at his girlfriend for even existing.

I saw her as the reason we couldn’t be together, and even when the rational part of my brain would remind me that I was in the wrong, I never felt guilty. After years of being the same boring person living the same boring life, I thrived on the excitement. With that said, my relationship with Prince Charming was an emotional rollercoaster that was so hard to deal with. One day he’d be full of compliments, sneaking around with me behind everyone’s backs, smiling at me and making me feel wonderful. The next, he would barely look at me, get angry whenever I talked to him, and say no whenever I asked to hang out with him.

Even though he went home to his girlfriend every night, he would get furious whenever any other guy flirted with me. He would ask me to hang out, then ignore my phone calls or blow me off repeatedly. When we were together, he would be as charming as his alias, telling me how amazing I was and how much he wanted to be with me, complaining about how unhappy he was with his girlfriend but then stressing that he would never end things with her.

One night, Prince Charming ran up to me in a panic. His girlfriend had found blonde hair in her car and was freaking out. It wasn’t until that moment that I learned that he had been using her car when we were together. I had assumed that it was his car the whole time. I finally felt all of the guilt that I had been ignoring. Up until that point, I had convinced myself that Prince Charming was a nice guy stuck in a bad relationship, that he really liked me and didn’t want to hurt me. When I discovered that he disrespected her enough to take me into her car when she was being nice enough to let him use it, it made me see that he was actually a selfish, manipulative person who didn’t care about me at all. He only cared about himself.

To be honest, it took a few more months for me to fully end things with Prince Charming. I managed to push my guilt aside to be with him, and it wasn’t until after things ended that I felt truly horrible for that. I was a young, vulnerable girl who found herself in a bad situation. I know that our relationship was my fault too, but to this day, I can’t help but be angry at him for pursuing me in the first place. As my older manager, he should have known better, but as the years pass, it’s become apparent more and more that he was too selfish to consider anyone else’s feelings — and I was just as selfish for doing what I wanted rather than doing the right thing.

Although I didn’t feel guilty about what I was doing during our little fling, I do feel guilty about it now, eight years later. Sometimes I wish I could find his girlfriend (who he’s no longer with) and say I’m sorry, although I know that wouldn’t do any good. Looking back, I’m so disappointed in myself for falling for someone so manipulative and immature. I know that what I felt for Prince Charming was real, but I also know that what he felt for me was nothing more than sexual attraction and lust fueled by the excitement of doing something wrong.

In my defense, all I can say is this: I was a girl with real feelings, who thought that things would maybe work out. It’s easy to think of the other woman as someone evil who doesn’t care, but that’s not always true. I know things were partly my fault, but I was deceived, too. I was naive and stupid, but I did genuinely get my heart broken. But hey, maybe I deserved it.

Images via weheartit.com and giphy.com.

How To Survive (And THRIVE) When You’ve Been Cheated On
These 20 Quotes Explain Why We Need Unconditional Love So DAMN Much
Tags
attraction cheating love
Alex Alexander March 1, 2017
Share
Tweet
Pin
Share