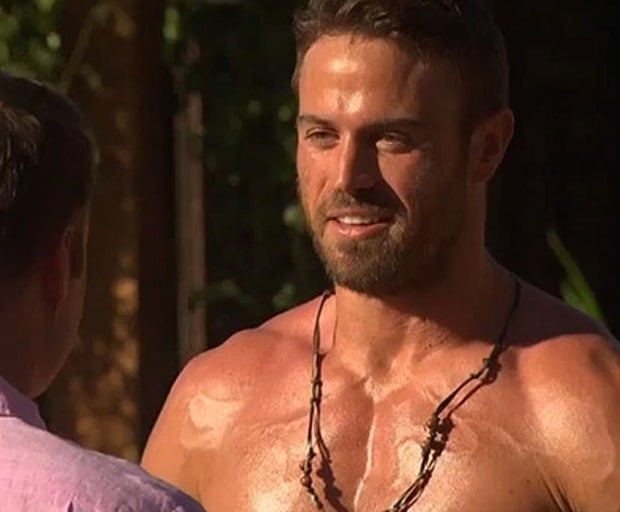 JoJo’s lucky she got out when she did.

Television is a reflection of who we are as a culture. It may not always be a pretty view, and while it may not always reflect our actual selves, it often reflects who we wish we could be – it’s why you never see average-looking people cast in movies.

Villains are cast – often as exaggerated personifications of our fears – because we know they exist in the real world. They often very much look like villains, too, in part because we like the idea that we can identify these dastardly dogs on the streets.

It’s interesting, then, to look at the culture of reality television. It’s definitely more of a magnifying glass than other television shows tend to be due to its unscripted nature combined with the fact people are placed in a pressure cooker no matter the scenario.

On The Bachelorette it’s all about men competing for the affections of one woman, and that kind of scenario seems to drag to the surface the very worst of toxic masculinity.

Enter Chad, this season’s key contender for the Toxic Man of the Year award. His grasp on his own manhood is so flimsy that he feels the only way he can keep a grip on it is by threatening other men with violence, as if the ability to beat another person into a pulp is somehow what defines being a fine example of a man. He converted his words into actions when, while on a group date, one of the other contestants, Evan, implied Chad had a steroid problem. Chad grabbed Evan roughly by the shirt, hard enough to rip it, and later punched a metal door before grabbing Evan by the neck and shoving him roughly backwards. 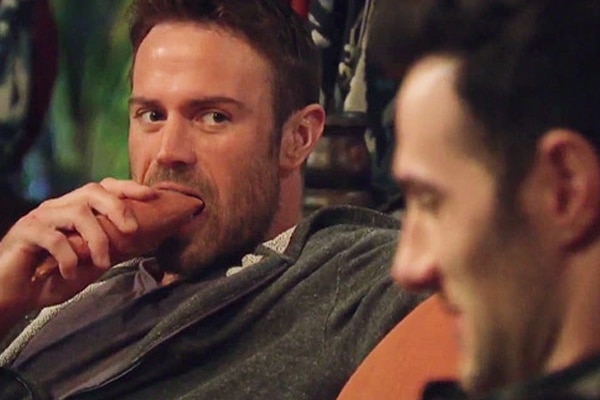 You’d think a violent assault on recorded television would be enough to get the producers to intervene, but you’d be wrong. Not only is it great television, it’s acceptable television. This is how men are expected to behave because, well, “boys will be boys”. We’re expected to believe that channeling anger and bravado through assault and violence is just the way men are, that they can’t help themselves. It sends the ugly message that they’re little more than beasts, apparently.

Evan finally had to approach the powers that be to ask about him leaving, due to the fact that he and others no longer felt safe on the set with a man who had a proven history of violence. In their eternal wisdom, they not only refused to remove Chad from the show, they actually sat him down and told him that Evan had lodged a complaint in an attempt to remove him from the show.

So let’s recap: Chad had threatened violence and actually been violent all because his masculinity was threatened by the idea that he may not be deemed the top man in a reality-television competition, and the show’s response was to paint a target on the man he’d already assaulted?

It’s disturbing on many levels. The first is that the show is prioritizing the safety of their cast for the sake of good television, which in any other workplace would open them up to a massive lawsuit. The second is the underlying message that this kind of behavior is completely acceptable. Evan, and subsequently the viewers of the show, were taught that if you’re a man who has a problem with another man who’s assaulted you, well, best not complain about it – instead, “man up” and fight him back.

Beyond even that, by refusing to remove him after this incident, the show’s producers are saying they believe this man is a good contender for the bachelorette, that this kind of man should be idealized as a romantic match for a woman seeking a love connection.

Any man who decides to resolve his anger issues by strangling someone needs therapy, not a date. And in the end they gave her the same message: she had to choose to remove him from the show, which she eventually did when she found out about his violent streak. She’s lucky she had access to all those cameras, because without them she would’ve lived the same scenario battered women often live: being with a man who seems perfectly nice and normal on the surface but turns violent whenever anything pokes holes in his fragile masculinity.

Toxic masculinity is as much a danger to men as it is to women. It’s a real shame that the producers of The Bachelorette have decided this kind of masculinity deserves glorification and protection.

Comment: If you were in JoJo’s position, would you have done the same thing?