“They were full of energy – and insatiable. I didn’t have to do any work I didn’t want to – they did it all.”

“Back in my college days I was a lot more open to new things than now. I’d heard about other guys getting into three-ways either with MMF or MFF and was curious as hell. But it all seemed very opportunistic, almost like people stumbled into it.

In my accounting class was this drop-dead gorgeous sophomore (Rosa). About 5’7”, nice rack, slender everything and long legs. She had a tattoo around her ankle and liked to flash it. She sat in front of me so I joked a lot with her. Never thought about being in her league at all.

One day I left class and she walked out with me and we strolled and chatted to the university center, and she stuck with me. I told her I was heading back to my apartment and she wanted to see it. Okay, win, win.

We get to my apartment and she’s looking around at things, commenting on various items of my “tasteful decor” – none of it very interesting. She had to go to the bathroom so I waited, then it was my turn. When I came out, she was stripped naked and with her knees on the sofa cushions and hanging over the back of the sofa facing me. Those perfect tits and her overall body were just gorgeous.

She beckoned me to her. I grabbed her neck and she swatted it away.

“From the inside, dumb-ass!” she laughed.

She un-did my pants like an animal and stuffed my cock into her mouth. I have eight inches when fully erect, and she swallowed the whole thing.

Yeah, massage her neck from the inside. I get it.

When she caught a break, I jumped over the sofa-back. We did everything and she was really good at it. She told me later she orgasmed twice. I could tell at least one – loud and shivering when we were doing doggy – the other one got past me.

She said she wanted to come back, so she did, every Monday, Wednesday and Friday after our class. I didn’t see us as a regular dating relationship, more like a friend-with-benefits but she was hot and she wanted me, so who’s to complain?

We talked about a lot of different sexual things, from positions to situations, things she wanted to experiment with.

About six weeks into this, while we were cuddling after sex, she said her ex-boyfriend would be in town next week and I would not see much of her. I playfully pouted a lip but told her I understood. I teased her about squeezing-me-in at least once during the week.

Halfway through the week, after class she told me her ex-boyfriend was staying at a local hotel and she wanted me to meet her there. Come straight up to the room. When I got there it smelled like oil and alcohol. He introduced himself as Barry. He told me Rosa had “explained” our relationship. As he was an ex-boyfriend he didn’t mind. He had moved-on to others also.

So why was he here? And why was I here?

Rosa had invited him because he’d already done a three-way with her and another guy before. She knew he was up for it and so was I – so all of us were there.

So we talked about how it would all work out while we drank shots. As some point she stood up and bent, knees-locked toward me and undid my pants, and went down on me. Barry came up behind her, dropped her shorts and fingered her until she started yelping about it. Then he entered her and started pumping. She was lost in it, but never stopped her rhythm on me.

She raised up, turned around, pushed Barry back into his chair and went down on him. My turn from behind.

After a bit of this, she put her knees on the sofa, tummy against its back and bent over its back, and told Barry to come around to her face while I gave it to her from behind. We alternated this until we orgasmed in her mouth, him first, then me.

I stayed a little longer to recover, but I’d had a few too many shots and was smashed. Thankfully the hotel was on a street near the campus, so I left my car and walked back. It was a hike, but it cleared my head.

Over the course of several more weeks, she and I continued to meet for sex and experiment more, and she wanted me to ass-fuck her. We did that a few rounds and soon Barry was due for another visit. This time she invited me back for the three-way, but we did double-penetration and she alternated us. I laid down the whole time- she faced me and mounted, and he came in from behind into her ass. The look on her face was mesmerizing. Then she flipped over and I was in her ass while he drilled her from the front.

When we were done, she wanted me to stay and recover so she could get it again, so I did.

I came back for a visit once more but it wasn’t a threeway this time – I had her to myself all week long. She graduated that spring and I never saw her again in person.”

My husband took the initiative and asked my views about group sex. I was really reluctant and shy (yes I was!) to say even a word. To get me started on this, we watched a lot of group sex videos, MFF and other videos. He made me comfortable walking naked on beaches.

My husband also told me about how he has a fetish to see me getting fucked by a group of men. He said, he would love to fuck me when I am sucking another man’s dick. He called one of his male friend that day. I was actually nervous since being naked in front of a woman seemed fine to me but it was going to be first time to be naked in front of a man, especially knowing that what we are here for!. But it all went well and it was AWESOME!

We three took shower together and also the three of us did a nude dance for fun.  My husband filmed me having a 69 with the other man. While I sucked the other man’s dick, my husband fucked my pussy and ass. Taking turns, I loved it when the other man fucked me hard, licked my pussy, inserted his fingers inside. They both DP’ed me as well. It was a bit weird, but nonetheless full of pleasure.

I am thankful to my husband for giving me such great pleasures of life. It  felt really nice seeing men taking turns in fucking me.” 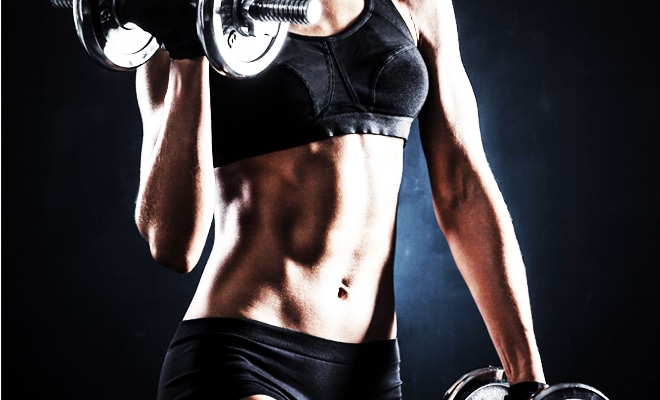 “At our local gym I coordinated all the major programs and events. As a male trainer, I interacted with a big portion of our membership and our sister clubs. I got a lot of business and kept pretty busy. Apparently I got someone’s attention and they called me to corporate for a visit. They needed a coordinator for a special week-long event they would host across their three largest clubs.

We hired five temporary help to assist with it, and three former IFBB contenders. These ladies were past prime for the IFBB but kept themselves in excellent condition. And talk about energy – they were tireless with everything and I couldn’t have done it without them. Every day before our workday started, all three would spend three or more hours in workout so when they showed up, they were ripped-out and awesome – definitely looking the part.

Three days before the event kicked off, one (Samantha/Sam) invited me to her home for a working session. When I arrived, three of her proteges were with her. They were all tastefully dressed. Little did I know she was watching me to see which of the three I was most attracted to.

After the working session, she dismissed the other two and broke-out a carafe of margarita. She and I had oft-joked about margaritas so this didn’t surprise me.

What did surprise me was that her protege (Karis) had disappeared and returned in a bathing suit. Just wow. Long blond hair, 5′7″, perfect breasts and a butt to die for.

While I chatted with Karis and we enjoyed the drinks, Sam also disappeared and returned in a bathing suit.

“We can fix that,” said Karis.

So by the time I was down to my underwear, Mr Happy was already halfway to attention.

In the meantime, it’s still growing.

Karis pulled the underwear away and my cock popped out – straight-out.

Sam chuckled. “My, my. That margarita is going straight to-”

Karis grabbed it and gave it a firm yank. It popped to attention and throbbed.

The first stages was with them kneeling, and the next stages were with them coordinating my activity with them, with Sam as the designated “dom” – but these girls were not bisexual.

Sam invited me back for the next several evenings. One with her alone and two more with Karis.

By the time the event was underway, all these hundreds of women were parading in front of me but my mind wasn’t on any of them. I was daydreaming about Sam and Karis. I was at Sam’s house every day for the whole week. Each day was something new. Each day a different kind of drink. Karis joined us for most of them.

When the event was over, I had thought Sam would call again, but after a few days went by, I called her, left a message, but it was like she’d gone dark.

She said she had a lot of fun with me, and Karis asks about me all the time, but I don’t know how to get hold of Karis. The whole thing was such a whirlwind I thought there would be plenty of time to take care of all that later. I also learned that Sam and our other two hired coordinators drew straws on me to see which one would take me. I’m not sure if any of that is true, but I can say, up until that time. those ten days were the most memorable of my life.”*

*All quotes via Quora.com. All quotes have been edited for length and clarity. Images via tumblr.com.

Our editor, Nadia, explains how to up the anti in the bedroom by making your partner squirt: