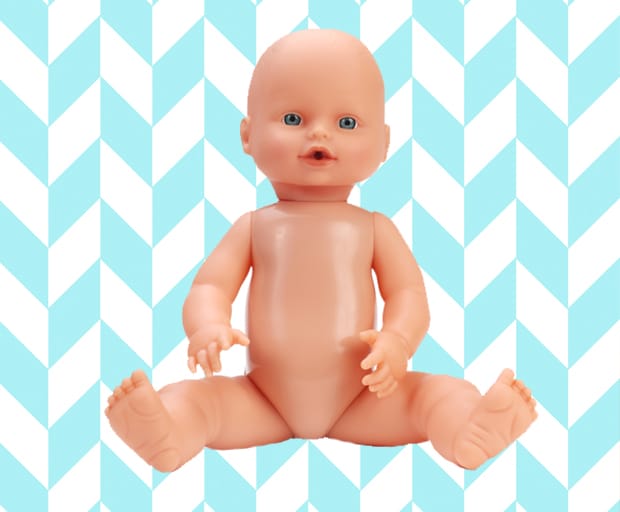 Sending Girls Home From School For Dressing ‘Provocatively’ Is Not Okay.

There’s no such thing as a birth plan that goes according to plan.

Who knew I had something in common with Kim Kardashian-West besides our first name. Mrs West recently candidly stated that pregnancy wasn’t exactly all it’s cracked up to be. Well done Kim. Finally someone’s actually come out and said it.

Any woman who’s ever been pregnant will tell you it’s not exactly glamorous. None of it. Not the swollen kankles, belly or boobs. The flattering maternity clothes are certainly anything but, plus you’re tired constantly. Very tired. From your first trimester to the minute that child turns three years-old.

It’s not only pregnancy that’s not a magical unicorn ride to motherhood. Giving birth is equally as deflating an experience. Weird things most women would probably care to forget happen in birthing suites…

The first time I gave birth I was 23. I thought I knew exactly what to expect. After all, I’d read the books, seen the documentaries and thought, ‘Yep, piece of cake’. Actually, I told my best friend it’d be a piece of cake and having four kids of her own, she just laughed at me. In hindsight I should have paid more attention to her little chuckle.

It all began when I went into hospital one Monday night to be induced, my birth plan meticulously prepared. Calm whale music, soft lighting, keep walking throughout labor, and for pain relief, an epidural. Boy, did I learn the word epidural just in case I forgot. I had everything planned down to the last detail. What could possibly go wrong?

At 7pm I was shown to my room. A softly spoken nurse told my husband he had plenty of time so back home he went leaving me in the room all alone. By 9pm a midwife came in. This was attempt number one to break my water. Apparently it would take about 12 hours to work, so after she smothered my cervix with gel which stung like a thousand bees all needling me at once, she left me to sleep until the morning.

At about 8am the next morning having had very little rest I was hopeful (read: praying) something would happen. After waiting a few more hours for a checkup, this child of mine still wasn’t budging. So attempt number two to break my water was scheduled. This time instead of gels the midwife pulled out what can only be described as a giant hook. ‘Seriously?!‘, I thought. ‘You’re going to stick that, where?‘

Despite the pain and my horror which followed, the floodgates were officially broken. All I had to do was wait…

At some stage during the afternoon I must have gone into labor. The pain was so intense, the birthing process quickly became an out-of-body experience. At first I was offered gas and I thought it was working but the midwife had forgotten to flick the switch. So instead I was left redundantly trying to inhale the mask whole as I pushed it harder and harder onto my face.

As requested in my birth plan, in walked an anesthesiologist. Epidural. Finally, some relief. But when he looked at me and said, “Near impossible, but I’ll give it a stab,” I suddenly put every remaining cell of energy I had left in my body into shouting, “NO!” just in case nobody heard me.

Next came the electrodes which they placed upon my spine. What a joy they were. The midwife handed the control to my mother and it felt like she was trying to tune a radio station as she persistently turned the knob. The sensation pulsed up and down like a yo-yo until I found the strength and coordination to rip it off and fling it to the other side of the room in one swift motion.

“Apparently she doesn’t want it,” scoffed my mother to the midwife, who also didn’t appear to be too sympathetic.

On I battled for many more hours. At some point I remember being asked to push and it was then when I looked around the room. Suddenly I focused upon a face in the crowd. A very large crowd of about 20 people, mind you. ‘Dad? WTF! Who let him in? THIS was NOT in my birth plan!’ I screamed internally, lacking any actual strength to let out more than a murmur.

Sometime into the wee hours of the next day I was asked to lean over the bed. Finally, an anesthesiologist who felt confident delivering the injection had done just that. Until then I’d been strapped down for the entire process because a heartbeat monitor needed to be inserted into my baby’s head.

Once I had an understanding of what was going on I was told I needed an emergency c-section. This baby wasn’t budging and although I was clearly in distress for many hours, it wasn’t until the baby inside me began to give up that doctors finally decided to intervene. From that moment it all became relatively smooth sailing.

In effect what I knew about childbirth before my first delivery was equal to what I knew about baseball before my husband dragged me to several games. No one had prepared me for what to expect, and it was a frightening experience. One thing the whole chaotic episode did do though, was prepare me mentally for the reality of birth, allowing me to see through the constantly pushed fantasies of glowing mothers effortlessly ejecting healthy newborns from their perfectly formed uteruses. I’d seen what happened b behind the scenes, and I knew it was anything but Hollywood.

When I worked up the mental strength to go through it again (time has a funny way of erasing memories of pain, I should probably keep that in mind before having any more), selecting music and lighting was the least of my worries. In reality, all I wanted was for us both to survive. Because in reality, that’s what pregnancy’s all about, survival.