The new iPhone was announced on September 7 and is set to hit stores today.

Tech nuts and Apple fans alike have been losing their minds since the features of the new phone were revealed at the Apple conference, and there’s been hype galore surrounding the new colors, plus plenty of controversy about the removal of some of the iPhone’s more traditional offerings. In short, the new iPhone 7 is set to be one of the geek cult’s most epic releases yet.

But before you go ahead and burn through this month’s paycheck grabbing one, here’s a few little-known facts about the iPhone 7 that could affect you decision… 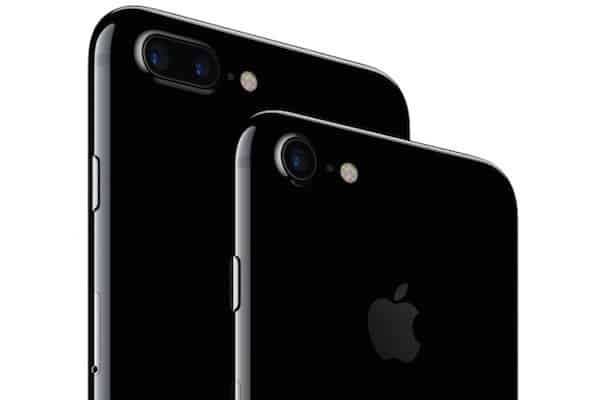 If you’re interested in the new iPhone, the first thing you should know is there are technically two of them; the iPhone 7 and the iPhone 7 Plus. The iPhone 7 has a 4.7 inch screen and the slightly bigger iPhone 7 Plus has a 5.5 inch screen. They both share a lot of the same features, but there are some features unique to the 7 Plus. For example, the Plus has higher display resolution than its little brother, and also offers dual cameras, making it the best choice for iPhone photographers.

2. It looks the same – but different 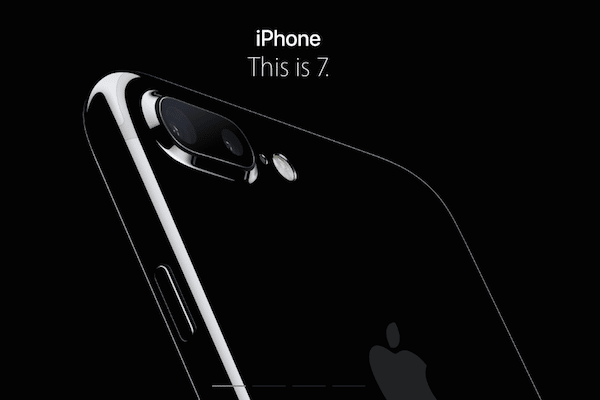 The iPhone 7 looks very similar to the iPhone 6 and 6s, but there are a couple of differences. The iPhone 7 is available in two sexy new colors: matte black and jet black. The jet black version is already racking up positive reviews online because of its gorgeous ultra-shiny finish. But, as the fine print on the Apple site specifies, scratches will be more visible, which is something to keep in mind if you’re looking to buy the jet black. If you want something that’ll stand out more, the phone also comes in silver, gold and rose gold.

The other key difference about the look of the iPhone 7 is the removal of the iconic home button. While there’s no physical round button under the screen anymore (yeah, game-changing, right?), the clever peeps at Apple have used haptic technology to make the area vibrate when touched, so it feels like it’s moving in the same way as a regular button. Other than these two things and a couple of other tiny changes, the iPhone 7 still looks pretty much the same as the iPhone 6s, because if it ain’t broke, why fix it? 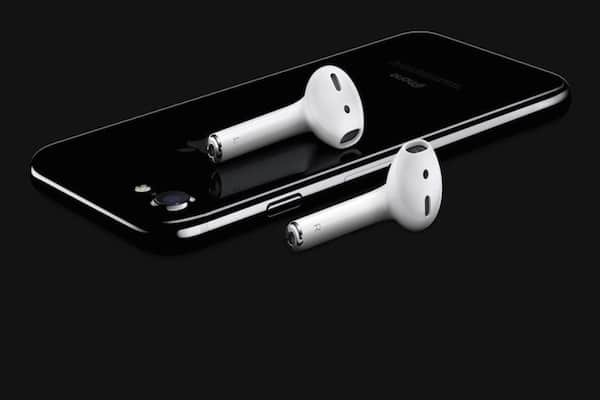 Wait – WHAT?! Yep, the most controversial of all of the new features on the new iPhone is the complete removal of the headphone jack at the bottom of the phone. But before you have a heart attack, take note, you can still enjoy blasting Beyonce on your commute to work. In its place, Apple are releasing each new iPhone 7 with EarPods – which are Bluetooth headphones. Sweeet…

Each phone will also come with an adaptor for conventional headphones, which can still be plugged in using the charging port of the phone. The main concerns surrounding the AirPods were the fear of misplacing the tiny appliance, and worries there’d be a sacrifice made in the quality of the sound. But Apple says the sound’s as good as ever, plus, they’ll last for five hours off charge, and their case will hold 24 hours of charge – simply put them in the case if they run out of battery. The new AirPods also offer a new way to talk to Siri, and can be synced with any Apple product. Plus, the removal of the headphone jack has made room for an even bigger battery.

And just to sweeten the deal, Apple has also included a second speaker for the iPhone, giving you stereo speakers so you can listen to your music out loud with even better quality.

Apple didn’t reveal what we can expect for the exact battery size of the new iPhone 7, but iPhone users will be pleased to know the new release promises an extra two extra hours of battery life compared to prior models, and the 7 Plus promises three extra hours. Quickly depleting batteries have been a long-standing complaint of iPhone users, so more battery life is definitely going to be a big bonus.

The pixel count on the main camera hasn’t changed and still sits at 12 megapixels, but there’s now a 28mm wide-angle lens with the addition of a larger aperture, which at f/1.8, lets in more light and will work better in conditions with lower light. Optical image stabilization has been added, which also helps in darker situations. The sensor is 60 per cent faster than before, and the process of taking photos is up to 30 per cent more energy efficient. The front-facing selfie camera has also been upgraded to seven megapixels, so your selfie game will drastically improve.

The iPhone 7 Plus has even more changes to the camera, the major benefit being the addition of a second 12 megapixel camera, with an f/2.8 aperture and a 56mm telephoto lens. Combined with a new effect which adds a blur to the backdrop, creating depth of field, the 7 Plus is similar to a DSLR camera.

A new iPhone means a new processor, and the iPhone 7 is really fast and very responsive as a result of its A10 Fusion processor. The A10 has two high-performance cores and two high-efficiency cores, which switch operational tasks between them; overall, the processor does more and uses less energy than in the iPhone 6 and 6s. The display resolution hasn’t changed – the iPhone 7 has a 326 pixels per inch resolution, and the 7 Plus has a 401 ppi. But, the retina HD screen is brighter, giving more vibrant, vivid and realistic colors.

The iPhone 7 and 7 Plus is the first Apple phone to be completely water resistant. It is able to stay submerged in up to three feet of water for up to 30 minutes. A warning, though; the warranty for the iPhone 7 still won’t cover water damage, so it’s probably best not to go swimming with your phone. It’s also dust-proof. 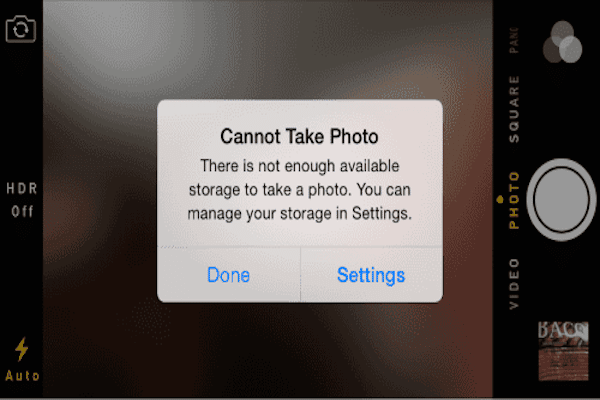 Over the years, the biggest complaint for iPhone users has been the lack of available storage space. But as of the new model, the days of having no room on your iPhone for all of your holiday snaps are over. Apple has completely taken away the 16GB storage option. Now, you can choose between 32GB, 128GB, and a whopping 256GB, so you can go completely nuts snapping selfies like you’re Kim Kardashian and your career is counting on it.

Images via Apple.com, giphy.com and buzzfeed.com.

Want to score the new iPhone for FREE? Enter our Apple product giveaway, sponsored by Tomorro, by clicking on the pink circle, below! 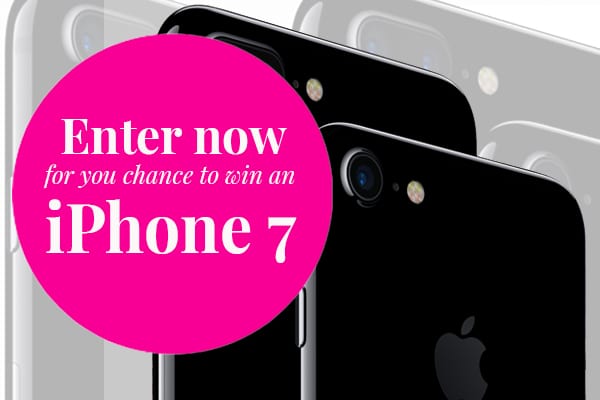