While most lingerie companies’ biggest struggle is producing bras that are both comfortable and sexy, scientists at Colombia National University have decided to approach underwear in a whole new way by creating a bra that can detect breast cancer.

With over 240, 000 women diagnosed with, and 40,000 dying of breast cancer in the US every year, this new underwear innovation could be life-saving.

The breast cancer detecting bra is equipped with infrared sensors which are able to detect temperature changes. When anomalous cells grow in the breast tissue, they require more blood, raising the temperature in that area. The bra then alerts the person wearing it of this by displaying specific coded lights and then sending the collected data to a wirelessly connected device. 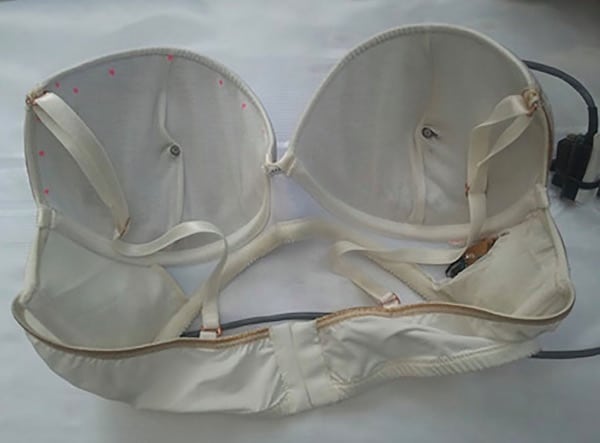 A green light flashes when your temperature is normal, while a yellow light means you should do another test. A red light does not necessarily mean cancer, but it’s an indication you should visit your GP as soon as possible.

“We don’t want to replace a doctor’s job. The idea is to develop a technique that will help with [early] detection,” one of the researchers involved in the project noted.

The bra has yet to be FDA approved before it goes into production, but it could soon become a welcome alternative to the often uncomfortable boob-squishing mammograms.

The easiest way to detect breast cancer early for now though, is still by having a regular breast self-exam. It’s important to be familiar with your breasts so you know when something isn’t right.

Images via tumblr.com and agenciadenoticias.unal.edu.co.