This Headband Lets You Control Your Dreams (Really)

We are officially living in the future.

Ever wished you could control your dreams, so go could shut your eyes and go on a date with shirtless Channing Tatum, chow down on zero calorie Oreos and cuddle puppies all night long? Yeah, me too.

The special few among us who experience lucid dreaming – a state in which the dreamer is aware they are dreaming and can subsequently control their dream – can already do just that.

And now, thanks to a pretty cool new gadget which facilitates lucid dreaming, the rest of us can too.

“Imagine that you can feel in a dream like you feel in your daily life, but better. You can travel, you can fly, you can do anything.” Luciding’s COO, Maryna Vermishian told Good. 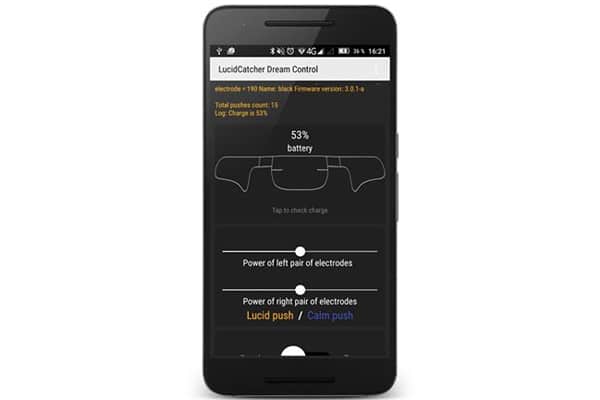 Users can put on the electrode studded headband before bed, then use an app to ensure the the electrodes are placed correctly, and go to sleep. While in REM sleep, the headband will stimulate the brain’s prefrontal cortex, allowing the dreamer to know they’re dreaming so they start manipulating exactly what happens in their dream.

However, before getting too excited about this gadget, you should probably know it’s totally possible to train your brain to lucid dream, thus nullifying the need for this sort of device.

“Of course people can do it themselves. No one is forcing them to buy anything,” said Vermishian.

Hence, the device should be thought of as more of a helpful shortcut for those of us who don’t want to spend time honing our lucidity skills. And that’s selling point enough for the doctors and researchers who’ve already signed up to be among the first to own the technology, alongside hotels and airlines keen to offer the experience to their customers.

While there’s no price set yet for the LucidCatcher, it’s pretty safe to assume a high-tech device like this won’t come cheap, so expect to fork out at least a few hundreds dollars to get your hands on one once it’s officially launched.

Comment: Are you a lucid dreamer? What’s the most incredible dream you’ve ever had?