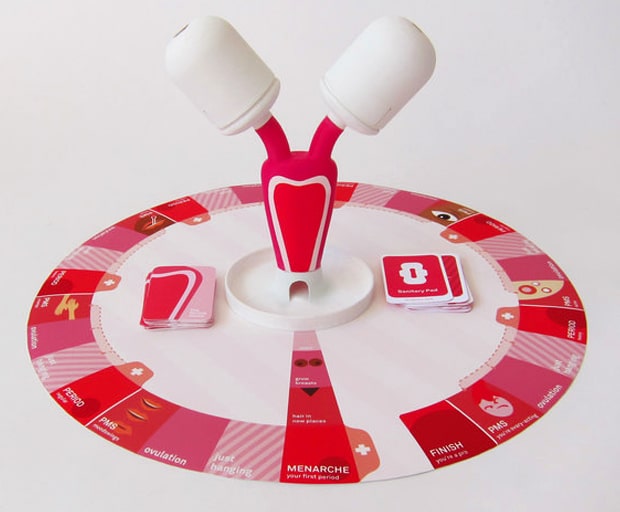 Considering it happens to half of the world’s population, it’s kinda weird so many people are still so awks when it comes to talking about periods.

Given the inevitable emotional rollercoaster of surfing the crimson wave, it’s pretty important we give our periods more conversation time so we’re reminded we’re not the only woman on the planet currently fantasizing about stabbing complete strangers in the eye and enduring the dreaded monthly bloat.

More importantly though, we need to ensure young girls who first get their periods know how totally natural they are, and that they aren’t left feeling scared and embarrassed.

With this in mind, Rhode Island School of Design students Daniela Gilsanz, 22, and Ryan Murphy, 23, created The Period Game, a board game centered around – you guessed it – getting your period.

“We both remember how menstruation was taught in school — everyone was so afraid of it, so afraid to ask questions. We want to change that,” says Gilsanz. 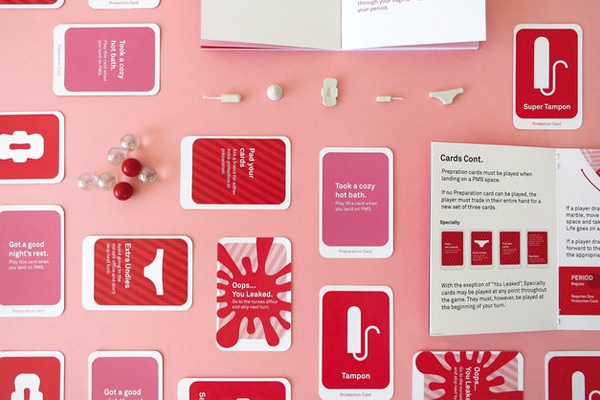 The aim of the game is simple; get around the board first. Along the way, players collect cards containing information about the body parts involved with the menstrual cycle, as well as different menstrual products, including everything from the humble tampon to the environmentally-friendly menstrual cup. Players are even given tips on how to deal with PMS and period pain.

The game also cleverly illustrates the science behind getting your period. A pair of giant 3D ovaries spit out four marbles – three clear and one red – the clear marbles move players one space ahead, and function similarly to the information cards, which give players the opportunity to collect ‘protection’.

A red marble symbolizes the start of bleeding, requiring the player to move to the period spaces on the board. If a player hasn’t collected enough ‘protection’ before landing on a period space, they have to go to the nurses’ office to get some; a non-fun reality many of us have experienced.

The game is designed to teach young girls – and boys – about periods, normalize them, and change the way society talks about them.

“We see how people are now talking about their periods more, but how do we instil that at a younger and younger age? I just want girl power starting younger,” Gilsanz explains.

Empowering young women not to feel shame around having their periods is super important. Menstruation isn’t easy. Even necessary hygiene products, like tampons, are classified as a ‘luxury item’ and have a costly tax attached to them, something women have been protesting in hilarious and creative ways.

Gilsanz and Murphy are currently looking for partners so they can start mass-producing the game. If picked up, they’d like to see it implemented as part of sex education in schools, but say it’s also a fun home game for kids and adults alike.

Video via vimeo.com, image via periodgame.com.

Comment: Do you think The Period Game is a good way to teach girls about their periods? 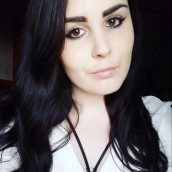