Here’s How Being Cheated On Changes Who You Are

Chances are you toss this question around in your head when you’re tossing around in bed. After all, there are so many reasons why sleep may elude you on any given night (or have you waking up at 3AM and unable to fall back to sleep).

There are the fairly obvious ones, such as a drinking a caffeinated beverage a wee bit too close to bedtime. Sneakier causes of insomnia include good old ordinary stress, sleeping on the wrong kind of pillow (if that’s the case, get yourself a new pillow that helps you sleep better, stat!) and even alcohol can mess with your sleep by easing you into a drunken doze only to snap you into wakefulness hours later. And make no mistake, insomnia isn’t just an enormous buzzkill; not getting enough sleep can have serious repercussions on your health. 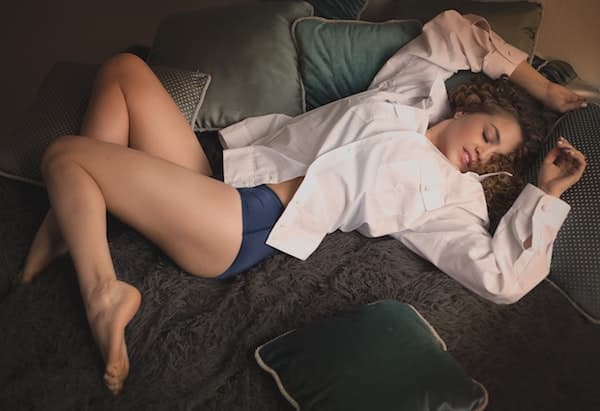 But what if I told you… that there’s a sleep trick that’ll have you zonking out in two minutes? U.K. website JOE reports that as per the book Relax and Win: Championship Performance by Lloyd Bud Winter (which is about improving sports performance and dealing with competition-related anxiety) this trick is used by the U.S. Military, takes just two minutes, and has an extremely high success rate if you practice it for six weeks. So without further ado…

Clear your mind. That means no more tossing around and pondering the mysteries of sleep (or anything else). Make your mind a blank, and do it like this…

Begin by relaxing your face muscles, including the muscles around your mouth (don’t forget the tongue!) and around your eyes. Then drop your shoulders (or let them fall limp, if that makes more sense since you’ll be lying down). Just as you relaxed the muscles in your face, you’ll relax your arms — first the upper part of one arm, then the lower. Then the other arm, same deal. Breathe out while you relax your chest. Then relax your legs (start with thighs, then calves).

The next step involves a envisioning a mental image (suggestions include lying peacefully in a canoe beneath a calm blue sky, or being nestled in a velvet hammock in a dark room). A suggested alternative is saying “Don’t think, don’t think” over and over again, for ten seconds.

Sound strange? Or too simple? Hey, the success rate for this method is reported at 96% (again, after putting in six weeks of diligent practice). So give it a try. What do you have to lose, other than hours of precious, health-and-beauty-boosting sleep? 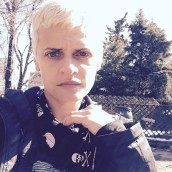 Luisa is SHESAID's beauty writer and a New Yorker who has been writing and editing professionally since 1997, when she started working at New York magazine. Since then, her work has appeared in numerous publications, including the New York Times, New York, USA Today, Family Circle, Glamour, and many more. Follow Luisa on Twitter.