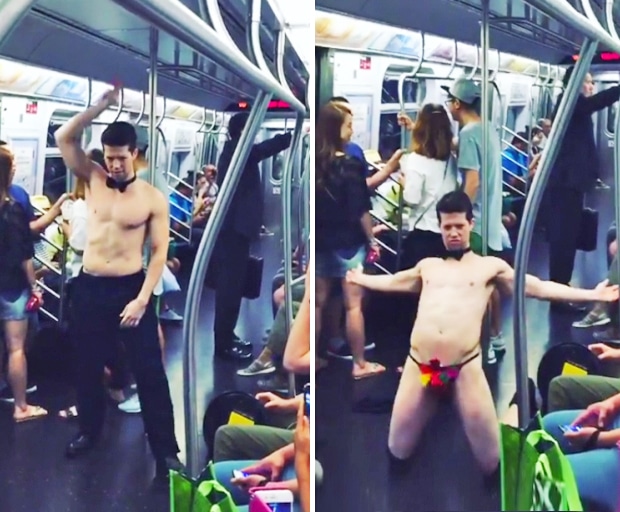 Being Raped Changed Me Forever

We don’t know whether to laugh or be aroused.

On his regular commute riding the NYC subway to work this morning, Cosmopolitan staffer Alex Rees was met with a very unusual sight.

A male passenger wearing what appeared to be a police uniform suddenly took to the handrail pole in the middle of the train and began an impromptu strip show, aka real-life Magic Mike scene.

‘This guy was actually getting his best striptease on right there and then in the subway car. Thank goodness that NQR trains have air conditioning; behold the shaky, breathless Instagram video I was able to capture of his magnificent (if perhaps inappropriate, given the small children in the audience) performance,’ Rees wrote on Cosmopolitan.

There are no words to describe this video, so we’ll just let it speak for itself…

Image and video via instagram.com.

Comment: What would’ve been your reaction if you were on the subway carriage with the impromptu stripper?