Just because you’re a grown-up doesn’t mean you can’t relive the childhood magic.

It won’t be news to you, dear reader, that 2017 marks 20 years since the magical Harry Potter franchise entered our muggle lives.

That means we’ve been waiting for our Hogwarts Acceptance Letter for Two. Freaking. Decades.

It’s officially time to stop hovering by the letterbox. Instead, explore first-hand the world that inspired one of the greatest authors of our time to pen such a timeless piece. Here are the greatest ways to remember the beloved franchise that will always have a special place in our hearts. 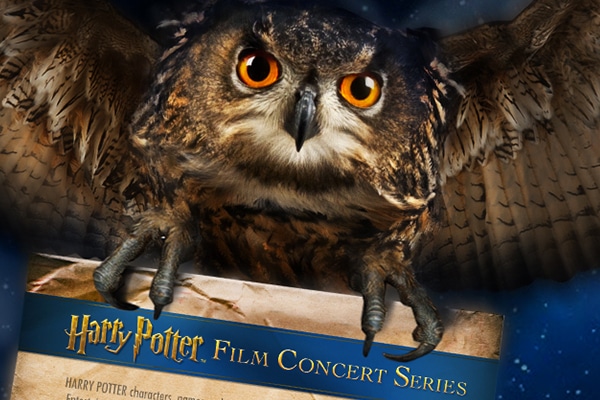 I was a bit hesitant about my ability to enjoy this. After all, wasn’t it just watching a movie I’ve seen at least 20 times but with live music being played where the soundtrack would usually be?

After an introduction by the Slytherin-devoted chief conductor and artistic director, David Robertson, the performance began, and within minutes I knew that devoting a precious Sunday afternoon to this was the right move.

Cheers, laughs and even some booing ensued as the plot thickened; it was like being at the cinemas but waaay better, because this time it was all happening at one of Australia’s most revered venues: the Sydney Opera House.

The talent that was heard and felt from the Sydney Symphony Orchestra was simply extraordinary – the violins captured the whimsy, the double basses nailed the anticipation, and even the humble triangle made an appearance. And, thankfully, the response to the Harry Potter and the Philosopher’s Stone concert was so overwhelming, the musical group has committed to performing the entire franchise over the next few years.

This theme park at Universal Studios is by no means new to the scene, but it’s so awesome that it does deserve a mention. It seems to receive fewer visitors than the studio tour in London, but it is just as magical and serves way better tasting Butterbeer. The only key atmospheric difference is that Florida’s weather puts London’s to shame, which is usually a bonus, but when you’re rocking a sundress and surrounded by snow-capped castles, it can really take away from the illusion we’ve all come to know and love.

I’m not a ride person, but the motion-simulated Harry Potter and the Forbidden Journey took my breath away – in the best way. Your reaction will be to slam your eyes shut and only open them slightly when you hear screams or squeals, or once the ride has come to a complete stop. Don’t, for what you’re about to experience will leave you feeling as though you really are part of the movie. However, if you are prone to motion sickness, pop a tablet about half an hour before you intend to line up – it takes about 40 minutes to get on the ride, so it should’ve kicked in by the time you’re locked in.

Book your tickets in advance here. 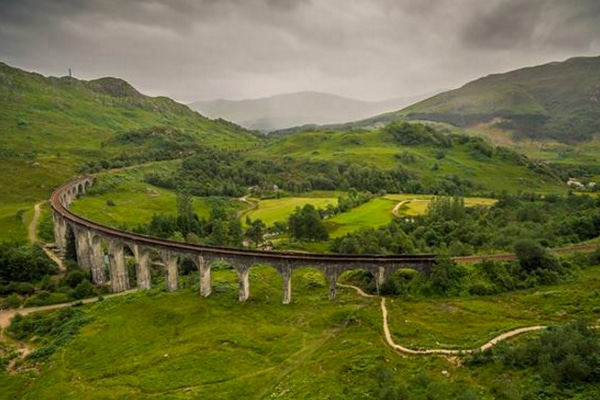 This is a four-day self-drive journey through an undeniably beautiful country that often gets overlooked in favor of its siblings: Ireland and England. Start off in Edinburgh, where J.K. Rowling was inspired to pen the magical franchise, what with its cobbled streets, medieval architecture and winding alleys. Stop in at the Elephant House in the city’s Old Town, where Ms Rowling sat writing for hours on end, looking out at Edinburgh Castle between thoughts. Travel to Fort William on day two to glimpse the mystical Rannoch Moor – that’s where the Death Eaters boarded the train in Harry Potter and the Deathly Hallows: Part One. By now, I hope you’re ready for day three, because this is the coolest freaking thing you will ever do as a Harry Potter fan: ride the Jacobite Steam Train, which is the real-life Hogwarts Express! Yep, that skinny track through rich green scenery is legit, yo. Day four will take you to see more of the mystical backdrop from the movies – but, in my opinion, day three is a pretty awesome way to wrap things up.

Learn more about the adventure here.

Comment: How will you celebrate Harry Potter’s 20th Anniversary?