Food and shelter, but what about menstrual products?

A group of women in the UK have banded together to provide female refugees with tampons, pads, and other feminine hygiene products.

Helen McDonald, Megan Saliu and Helen Pudney of Essex, England are part of a number of activists attempting to assist women in refugee camps to obtain the necessary products for maintaining menstrual hygiene.

While volunteers at refugee camps do their best to provide shelter and safety for residents, products essential to helping women and girls through their periods are usually neglected. Food and clothing tend to be prioritised over gender-specific products. But here’s the thing. Menstrual products are a need, not a want, and as Harvard graduate Kiran Gandi recently proved by running the London Marathon without a tampon, allowing her menstrual blood to drip down her legs, there’s nothing ‘optional’ about menstruation for the millions of women worldwide forced to forego feminine hygiene products each year.

The focus of the new initiative is on the refugee camp in Calais, France, one of the largest in the world. It contains over 3,000 asylum seekers; many of whom are from Eritrea, Sudan, Somalia, Afghanistan, and Syria, fleeing heinous atrocities against women including child sex slavery.

Most of the refugees live in tents, and have crafted a quasi-lawless society based on hierarchical gangs, makeshift businesses, and survival instinct. The camp is aptly nicknamed ‘The Jungle’.

After the appalling revelations in the increased media coverage of the refugee crisis, McDonald, Saliu, and Pudney started drives to send feminine sanitary products to the camp.

“It just seemed like a thing we should do. There were people who needed things we could get and [Calais and Essex are] so close, why wouldn’t we do it?” McDonald stated.

The women set up a crowdfunding page in August to fund the purchase of menstrual-hygiene products and toiletries, and received an overwhelming amount of donations. In addition to this, they have established the initiative ‘Supporting Sisters’, and are in the process of launching smaller branches throughout the UK.

Contrary to popular belief, women make up only about 10 per cent of the population of the Calais camp. Because of their gender, they are extraordinarily vulnerable to violence, harassment, and sexual assault. Rape occurs multiple times every day. In an attempt to prevent this, women sleep in their clothes and refrain from making trips to the toilet at night. 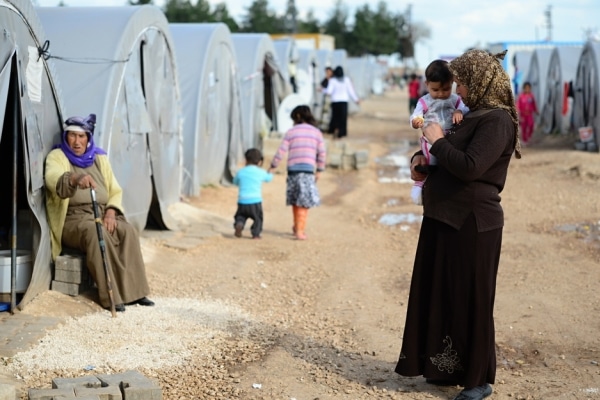 When Supporting Sisters founders paid a visit to Calais to distribute the products, what they saw was of grave concern.

“The women we saw were all young, in their early 20s probably, and they were a tiny minority compared to the hundreds and hundreds of men we saw,” said McDonald.

“Also, we can’t expect that cultural attitudes towards women will change just because someone reaches France. There is definitely a clear hierarchy within the camp and, as expected, women and children are not at the top.”

A large network of prostitution has also been established, with many women forced to take a male ‘protector’ in exchange for sex. Milad, a 22 year-old woman from Syria, spends her days inside a stuffy two-person tent she shares with her uncle. She rarely leaves it; terrified the male inhabitants of the camp will find out her existence.

“I’m surrounded by men. I don’t know anything about most of them. I don’t speak their language, I don’t know where they’re from and what they’ve lived through. So I have to be on my guard.”

The individual stories of women in refugee camps are almost always overlooked; eclipsed by tales of violence at the European borders. The same can be said of their desperate need for assistance in dealing with the most basic female bodily function; menstruation. As well as menstrual products, McDonald, Saliu, and Pudney have provided women with comfort, cleanliness, and perhaps a glimmer of hope in establishing this incredibly valuable initiative. If you’re interested in donating to their cause, you can do so here.