RELATED: High Heel Abuse: How To Have Happy Feet

The photos, which showed American financial manager John Bryan with a mouth full of one of Fergster’s feet while they holidays and canoodled by the pool in full view of the world (and Fergie and Andrew’s toddler daughters) in southern France, were first splashed across British tabloids.

And the Queen was not amused – the Duchess is said to have been at Balmoral with the rest of the royal family when the story broke, with Her Majesty effectively banishing Fergie from the royal household henceforth.

Whether this was due to the Duchess’ refusal to toe the line (pardon the pun) or the royals’ horror at the said foot fetishism, I guess we’ll never know, but public toe-sucking has arguably suffered a tarnished public image ever since. 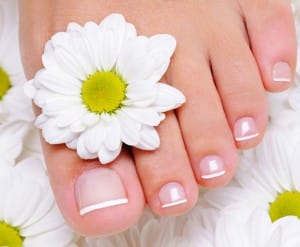 However, fast forward some 20 plus years and foot fetishism (er, arguably best celebrated in the privacy of your own home) is seemingly now so popular, it’s virtually cool. However, it does seem to be more popular among men.

What’s more, Elvis himself is arguably one of the best known foot fetishists, with a well-documented obsession, allegedly as a result of having to massage his mother’s feet as a child – shudder. There’s some serious Oedipus complex going on there! And The King’s handlers are even said to have screened the rock’n’roll icon’s female love interests on the basis of their feet attractiveness, er as you do.

While foot fetishism is nothing new – indeed, it’s the most common form of sexual fetish related to the body – it’s certainly not something I’d personally encountered prior to the advent of social media. You see, I recently joined Instagram and wow, what an eye-opener it was for me when I recently innocently posted several random pictures of my feet post-pedicure, one of my favourite beauty indulgences.

A recent such pic I posted got a lot of attention from said foot fetishists in Insta-land: countless pervy comments and requests this time to both share and repost said pic to others in the foot-worshipping community. In addition, it gained me no less than nine new foot fetishist followers?! What rock had I been living under? Was foot fetishism really that much of a thing? Apparently so! 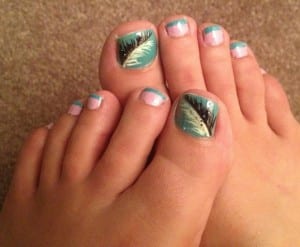 Foot worship, or podophilia, is a pronounced sexual interest in feet. For a foot fetishist, attractive traits include the shape and size of the foot and toes; foot jewellery, such as toe rings and ankle bracelets; treatments, such as pedicures or massaging; state of dress, such as barefoot and/or thongs; odour, and/or sensory interaction such as smelling, licking, kissing, tickling and biting the foot.

As we all know, it takes a lot of different types to make the world go ‘round and if feet (mine included) blow your hair back, I say go for it, as long as it doesn’t harm anyone.

The hilarious part for me though, and I mean no disrespect to said foot fetishists, is that my feet are my least favourite body part; indeed my right foot has been damaged beyond repair by years of high-heel abuse. I’ve even got a small bunion, for God’s sake! Are bunions hot?! 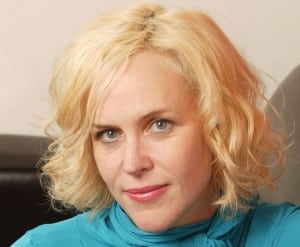 Sydney sexologist, Dr Michelle Mars (pictured), who specialises in the sociology of sex gender and sexual well-being, says foot fetishism is so popular, in part, because feet are fairly non-offensive.

“It can be a submissive act for men and they can enact that without going too far down the submissive path and compromising their masculinity.

“Feet are accessible. There are lots of options, toes, shoes, stockings… And the options are often elegant.

“In addition, feet are an area of the body with lots of nerve endings!”

And while feet aren’t my thing, shoes are another story altogether…

What do you think? Have you ever encountered foot fetishism in a partner?