Paul, 44, who splits his time between Brisbane and Paris, is renowned for his exquisite bridal gowns, finished by hand and created using the finest materials, intricate embroidery and embellishments. His breathtaking, luxurious Parisian-esque evening wear also makes him one of Brisbane’s, if not Australia’s, most prestigious, talented and in-demand couturiers.

Now, after one-year festival break, Paul’s fresh back from Paris to showcase his bold, new direction in a triumphant return at this year’s milestone Mercedes-Benz Fashion Festival Brisbane. 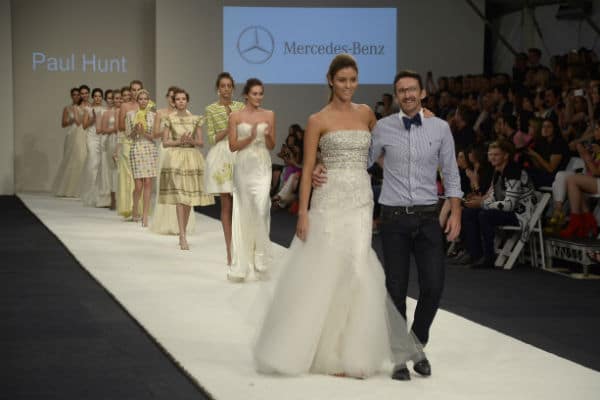 “It’s really exciting to be back to showcase this new casual and lifestyle collection,” Paul says. “It’s a more accessible component – there are casual sets of clothing together, yet it’s still limited-edition. And there are no dresses at this stage, so it’s a complete turnaround from what I’ve done in the past – a complete new approach.

“It’s a different price point, but it was also created to give people a bit more of the Paul Hunt brand rather than just me being associated with bridal and special occasion and evening wear.

“Of course, I still get a kick out of bridal. It’s just so good to be a part of people’s most loving day.”

Armed with “fresh eyes, a fresh mind and a fresh heart” after his Parisienne jaunt with his partner, who’s based there, Paul says he’s got a brand new lust for life – and fashion. 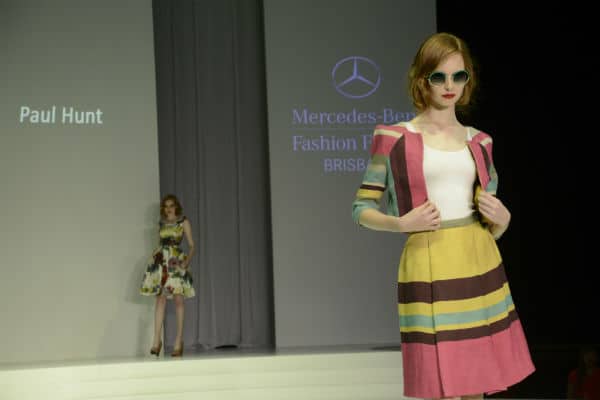 “I’m also really currently loving looking at how outfits and gowns from fabrics that are ordinary can be used in different ways!” he enthuses. “And then the evening gowns I’m doing are a little more refined. Oh and there is lots of lovely fabrics from Paris and London!

“My life is all about travelling at present; I’m heading back to Paris again soon. The benefits of having a partner living there include me having the opportunity to work in both Paris and Australia so I have the best of both worlds. It’s great for me work-wise – I do a lot of sourcing for fabrics when I’m in Paris. My partner loves Australia and will be coming out for this year’s fashion festival.”

An avid fashion designer since he was 16, Paul initially thought he’d become a costume designer. Now, after turning professional for more than 20 years, he’s still as passionate as ever about his craft and absolutely adores designing his bridal and couture ranges.

“My passion changes from time-to-time. Like all things in life, it depends on what’s happening around you. Sometimes it’s a dress style that gets me motivated, but more often or not it’s the fabric. I’m a textiles man. I love a great fabric – whether it’s a beautiful silk or lace or a stunning print,” he says.

“Being in Paris has given me a rest! After 10 years in a shop-front business, working almost seven days a week for a large part, it was nice to take a breath and take a look around; to look at the world with freshness. It was great! I approach fashion with a calmer feel.

“I loved Paris for Paris. It’s just beautiful and gritty and fun. Learning more of the language was great too. Now, I look at fashion with a different eye. French is different to Anglo-Saxon culture; there is a refined feel to the everyday Parisian. Yes, it’s the capital of fashion couture and one of the leaders of world style, but the everyday Parisians don’t walk around in couture gowns, yet they do have a refined look. I think I’ve taken some of that with me. A lot of the new collection was worked on in Paris this spring (their spring) so that has had a huge influence.” 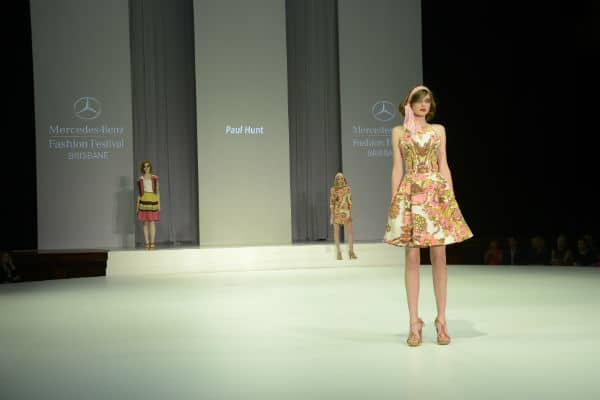 Paul’s other major muse is his new jewellery collaboration with fellow Brisbane-based costume jewellery designer Chelsea de Luca. “Look out on the runway for that and there will be limited-edition jewellery on sale too,” he says. “One of my closest friends whom I’ve known since I was a child, who has a keen interest for sparkly things, also gave me an old jewellery piece of hers. I’m currently using that as inspiration along with my collaboration with Chelsea.”

And Paul’s greatest personal indulgence in the busy lead-up to the fashion festival? For him now, it’s the simple joys. “Just the smile stuff,” he says, “Being on the sofa, next to the other half, with a scotch and soda, then a pizza. Oh and a chocolate is a must!” 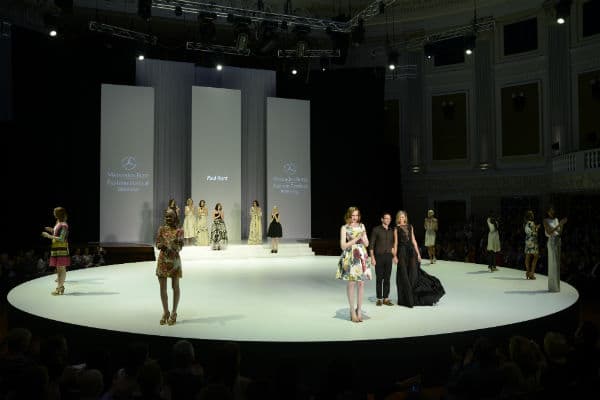 Paul, who’s long been an avid supporter of the festival, makes his long-awaited return alongside some of these biggest names in Queensland and Australian fashion in the Group Show 2, says Mercedes-Benz Fashion Festival director Lindsay Bennett.

“Paul Hunt has been a fabulous addition to the Mercedes-Benz Fashion Festival, participating every year bar one. He’s made a name for himself as a Brisbane fashion favourite, with his couture and ready-to-wear collections always creating an amazing show,” Lindsay says.

“We never know quite what to expect from Paul each year except that we’re guaranteed a beautiful collection and plenty of ‘wow’ moments. He certainly knows what women dream of wearing and I think everyone waits with equal excitement for the ‘show-stopper’ that always closes his runway! We’re really proud to have him in the fashion festival again this year.”