Is Tracking Down A One Night Stand Via Viral Video Too Far?

Have you ever had a one night stand, only to regretfully never exchange, or lose the deets of, the person afterwards?

RELATED: Remain Detached: One Night Means One Night Only

Well, one women has gone to extreme lengths to track down the man she spent a “beautiful night with” – and who is now her baby daddy – by putting a callout video online. “Today I am making this video because I need your help,” she says in the one-minute clip posted to her Facebook wall.

“Three months ago I went to Mooloolaba, I had an amazing time… On the last night we had a party, we went to O’Malley’s,” she continues before revealing that she met a “really cute guy.”

“It was love at first sight,” she explained. 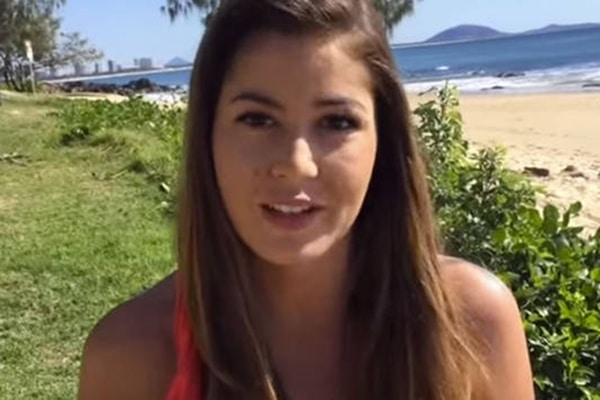 The brunette, known as Natalie Amyot, then goes on to reveal that 6 weeks after returning from Australia to her hometown of Paris, she found out she was pregnant. Now she’s returned to the Sunshine Coast to find the father of her unborn baby and with who she has no contact details for after losing her phone.

Sounds like a man’s worst nightmare, right? Many are calling it a hoax, however plenty of people have reached out to the women to offer their support. All but her one night stand, that is. So this raises the question: did she go too far in her quest?

Understandably, she couldn’t have comprehended the reach her video would get; she even acknowledged this in a Facebook post: “Please. I didn’t think it would be on the news,” however, is airing someone else’s dirty laundry to the world a breach of privacy? Or should the man be made to take responsibility for his actions, even if that means possible public humiliation?

If the baby daddy does own up, there’s much to be said about his character and we applaud his courage. It’s one thing to be told that you’re going to be a father after a night of seemingly harmless fun, but to have the whole world awaiting your reaction or lack thereof is damn confronting for anyone.

Perhaps what makes the situation even worse is that the women insists that the reason she came back is because she has no family of her own. Clearly terrified of her situation, she wrote on Facebook after the video went viral: “I’m shaking now I’m… crying now…what if he doesn’t want to see me now, maybe he is shy…am so lonely right now.”

The beauty of social media these days is that you can track anyone down, but at what cost does it come to both them and yourself? We can only hope that Natalie’s story comes with a happy ending, but it serves as yet another warning as to the impact social media is having on our lives.