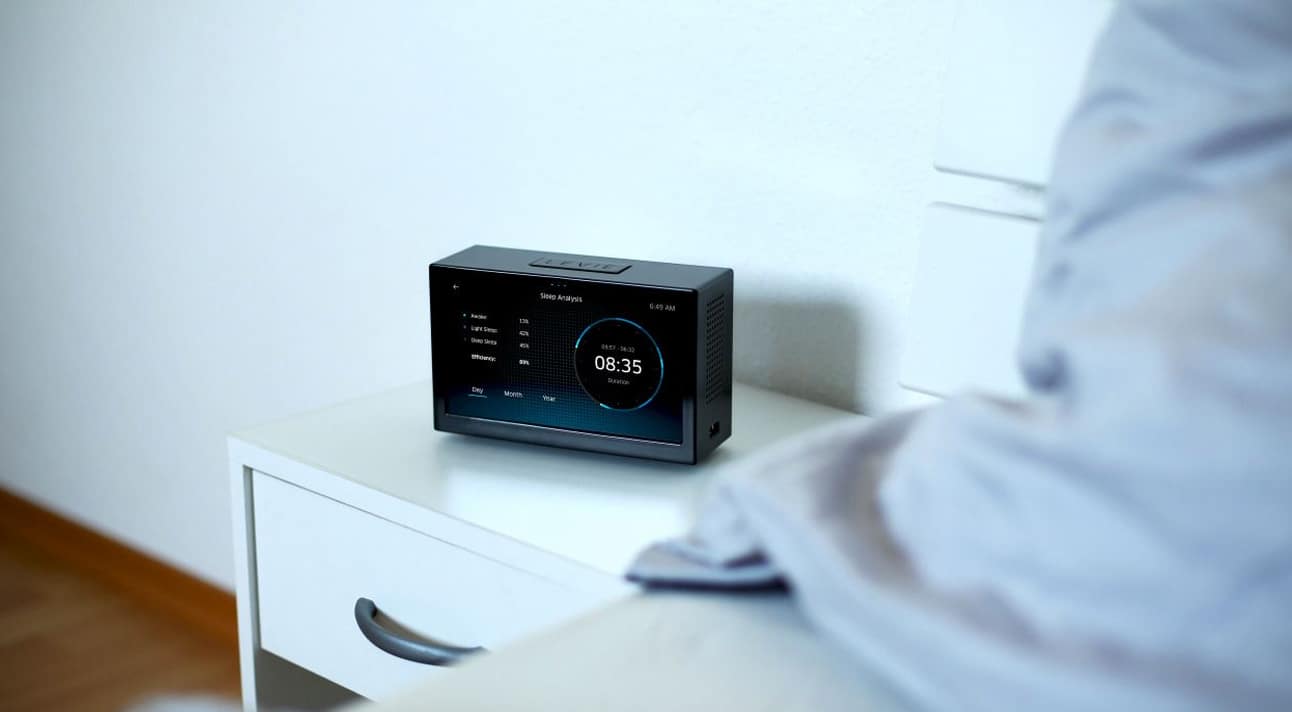 How A Haircut Changed My Life

Can someone who hates mornings learn to love them?

My typical morning consists of begrudgingly forcing my eyes open just enough to slap the snooze button like I’m going for the jackpot on the slot machines.

I wrap myself in my blanket burrito and drift back to sleep, before frantically waking up with just enough time to throw on any clothes I can find and rush out of the door. This is probably one of the reasons I just don’t understand makeup – I don’t have the time (or the will power) to put it on in the morning. I’m the kind of person who would prefer to sleep in and drink five cups of coffee in an hour than wake before 6a.m. and go for a jog before work. I truly don’t understand morning people, because to me, mornings are the worst.

It turns out I’m wired this way. A 2009 study published in the Journal of Biological Rhythms found there is an actual biological difference between people who are more lively in the morning and those more attentive at night. But night owls like me might be missing out on some pretty good perks by sleeping in. Another 2009 study found morning people were more proactive, successful and happier than their sleepier friends. They also tend to be less stressed, healthier, and less susceptible to depression. Night owls aren’t complete losers, though. We tend to be smarter, more creative, and have a better sense of humor.

Unfortunately, that doesn’t help us when it comes to getting to work on time. The real world functions on a morning person schedule. So, last week I decided my days of being BFFs with my bed were over – or I was at least going to try the morning person lifestyle and see what happened. My week in a waist trainer was an eye opener, and I was sure this experience would be, too.

I searched the internet for advice on how to become a morning person and tried each and every one of the tips I found for one week. For the first time in my adult life, I had a bedtime again. Instead of crawling into bed at one or two in the morning, I would be tucked in before 10pm. And instead of rolling out of bed at the last possible second, I would wake up at – *shudder* – 5:30a.m.. Here’s how it went down…

Day 1: ‘Start the night before’ 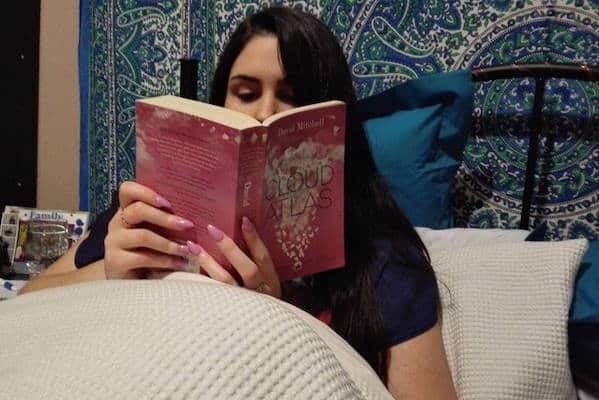 The first tip I tackled to help me wake up earlier suggested I needed to learn to sleep as sound as a teenager again in order to be rested for the day ahead, by preparing the night before. So I set out my outfit for the next day, showered, moisturized and fluffed my pillows all by 9:30p.m., resisting the urge to whip out my phone and spend the next two hours mindlessly scrolling through my news feed.

Pretty much every ‘sleep better’ advice article says to turn off electronics before bed, and surprisingly, unwinding before bed with a book and no technology was actually really relaxing. 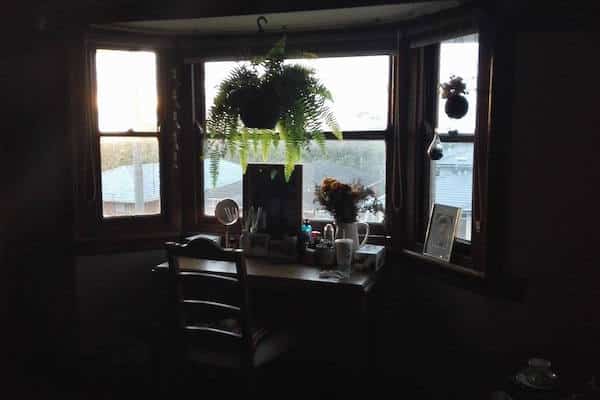 I’m less of a human being and more of a bat who requires absolute pitch darkness to sleep, so this tip was really difficult for me, but it is science-based, so I had to give it a try. The premise of this idea is focused around the fact that our natural body clock – called our circadian rhythm – responds to light, and so when the sun rises, it sends a wake-up call to our brain and makes it easier for us to shake off sleep.

I’m used to waking up and having no idea what time it is because my blinds shut out all possible sunlight, and I usually feel groggy for at least an hour after rising, but I was surprised to find the sunlight streaming in at 5:30a.m. did actually help wake me up, and made me feel alert much quicker. 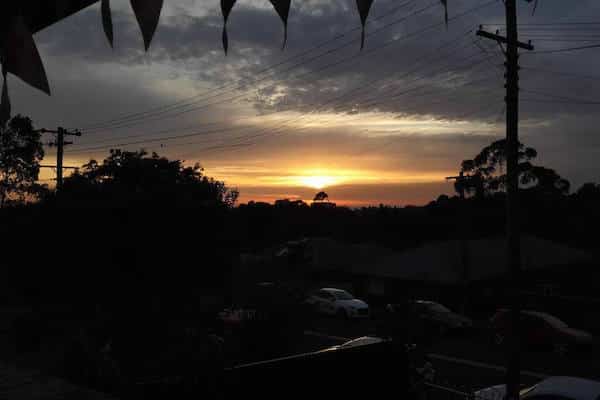 One of the more obvious tips in every blog and article I found on becoming a morning person, was to have a reason for waking up early. The idea is, if you’re only waking up early because you feel like you have to, it will be much harder, but if you actually want to jump out of bed at the crack of dawn for a good reason, it will be easy peasy.

Apparently ‘because I’m writing a story about it’ is not a good enough reason, and so the first morning was full of resentfulness and grumpiness – until I looked outside. I’ve only seen a handful of sunrises in my time, which I now regret. The peacefulness of the early morning, combined with the slight freshness to the air, and the beauty of the rising sun were so breathtaking when I stepped outside my front door, that for every other morning of the week I found myself oddly wanting to get out of bed, make a coffee and sip it on my front porch while smugly watching the golden rays creep into the sky. 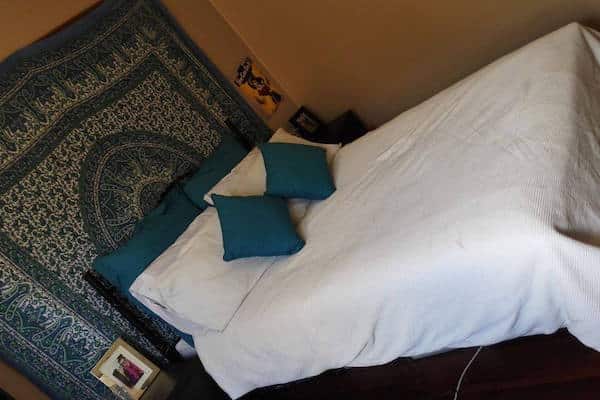 It turns out the first few things you do when you wake up can have a massive effect on how your day plays out. When the alarm goes off in the morning, I’m sure I’m not alone in craving ‘five more minutes’, and hitting the snooze button, sleeping too long, and rushing out of the room with the bed unmade before reaching for a coffee mug instead of a glass of water. I found out these are all critical mistakes. Hitting the snooze button can give your body sleep inertia, and the more you snooze, the more confused your body is about whether or not you’re waking up, leaving you feeling like crap.

If you manage to avoid hitting snooze and get up right away, to ignore the tempting call of your warm bed just urging you to snuggle back in, you should make it. You’re less likely to want to ruin it again after you’ve put effort into making it, and it gets your body moving and used to being awake. You should also drink a massive glass of water, because our bodies get dehydrated while we sleep and drinking water in the morning has heaps of health benefits. 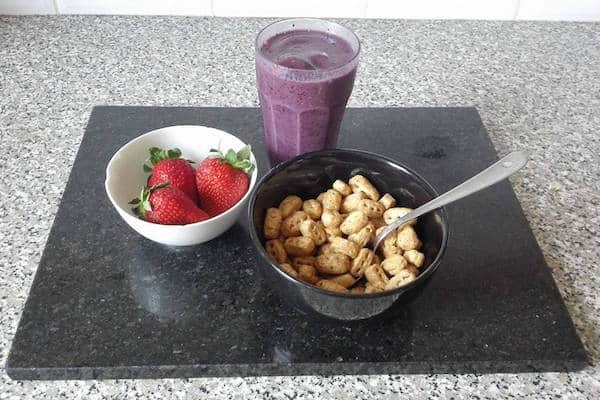 I know breakfast is the most important meal of the day, but my previous morning routine left no time for it. I’d prefer to sacrifice food for an extra few minutes of shut-eye. In fact, I skipped breakfast on the first day of my ‘morning person challenge’, mainly because there was no breakfast food in the house. By 9am, I was hangry as hell! The next day, I was better prepared and had a simple bowl of cereal and a coffee. And a couple of days in, I was consuming smoothies an Instagram model would be envious of, chowing down on fruit, and enjoying toast or cereal. I didn’t get to the point where I was eating cake for breakfast, but I was enjoying making healthy meals, and my body was thanking me for giving it fuel to start the day. 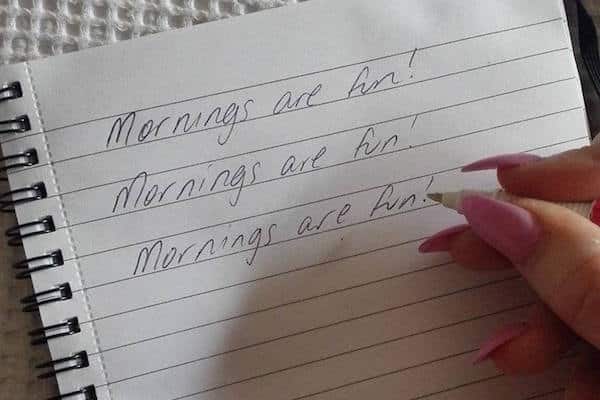 This tip seemed a bit hokey and silly, but I tried it anyway. Nearly every advice blog I found suggested spending five minutes every morning repeating a mantra to yourself to motivate you and inspire you for the day ahead. “This seems stupid” was a negative place to start, and “mornings are fun”, which I ultimately decided on, wasn’t much better, but for early in the morning before my brain had adjusted to the shock, it would have to do. As well as repeating my mantra, I took the time to write in my journal about things I was grateful for and set out my goals for the day.

While my mantra actually did nothing but make me hate the phrase “mornings are fun”, the gratitude journal and setting out my goals was actually really helpful. Taking the time to appreciate the little things put my mind in a really positive place first thing in the morning, and writing down my goals gave me motivation to actually try and achieve some of them. 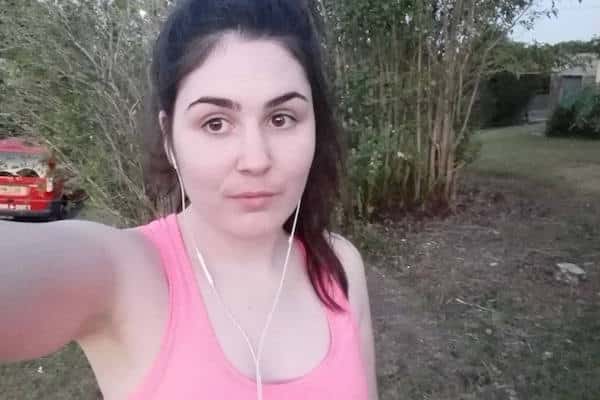 Urgh. I hate exercise at any point of the day, and I especially loathe the idea of waking up early to do it. It literally wasn’t until the very last day of my experiment that I started to hate it a little less. There are heaps of benefits to exercising in the morning, like giving your metabolism a boost, burning more fat, and giving you more energy throughout the day. Months of barely exercising and years of sleeping in made it feel impossible for me to drag my butt to the gym, so I started off slow and just went for a run around the block, but it got my blood pumping and into the habit of exercise. I still hate morning exercise with every part of my being, but I can oddly see myself continuing the habit, thanks to how much better I’ve felt since starting.

At the end of the week, I don’t know if I could say I’d truly become a morning person in my heart, but I was definitely more of an early riser by habit. I still sleep with my blinds shut on weekends and I’ll never believe ‘mornings are fun’, but I’m in the habit of waking up earlier during the week, eating a proper, mindful breakfast, and reluctantly running before work, which has made me a little bit more productive in my everyday life.

My bed is still my BFF, though, because some things will never change.

Comment: Are you a morning person, or a night owl?