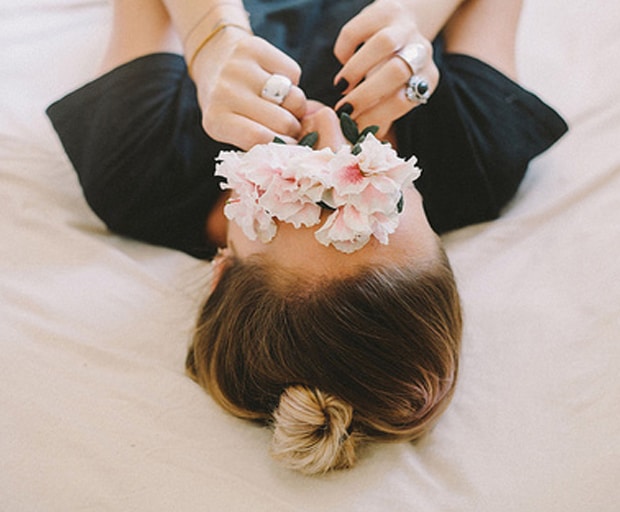 What if you’re the one you’ve been waiting for?

Why is it that we can have successful careers, a loving family, good health, and great friends, and still feel like something is missing if we don’t have a romantic partner?

By the same token, why is it that everything else in our life can be a mess, but if we’re in love, none of it seems to matter very much?

As women, we’re often made to feel like there’s something wrong with us if we’re too focused on our love lives. We’re supposed to be strong and independent; above all that fairy-tale crap. But that’s a terrible and damaging message – not to mention, it’s just plain wrong.

Life is all about relationships; humans are meant to live in community with each other. And nothing feels as good as having a strong, loving bond with a partner who stands by you through all of life’s highs and lows. Falling in love feels like being on drugs for a reason – nature wants us to pair up. So then, why do so many of us struggle to find true love? If it’s what we all want, shouldn’t it be easier?

The fact is, there’s something a lot of us are doing that keeps us from finding love; and we don’t even know we’re doing it. We think we’re doing everything right, and we don’t understand why we never meet anyone, or why the guys we do meet aren’t anywhere close to being the types of partners we deserve. (You know what I mean – the liars, the losers, the narcissists, etc.) So what is this thing? See if this sounds familiar…

When your friend’s asshole boyfriend cheats on her, you’re the first one she texts, because she knows you’ll drop whatever you’re doing to listen to her vent. When your parents need someone to come over and figure out why they can’t get their email, you become their personal IT advisor – even though your sister lives closer and is better at tech stuff. When your boss asks if you can work late (again), you cancel your plans and slave away until all hours of the night.

Meanwhile, you haven’t been to the gym in ages, you’ve cancelled your last three therapy appointments, and you can’t find time to meet that guy your best friend wants to set you up with (and you don’t even care, until you hear he’s dating someone else and you feel a twinge of regret).

It feels nice to be needed; it feels good to be told ‘you’re the best’ and have people appreciate you. But take a look in the mirror. Does that person think you’re the best? What have you done for yourself lately?

What do you want?

When you put everyone else first all the time, you get so used to worrying about what other people want that you never stop to think about what you want. Do you want to find a partner? Start eating healthier and exercising so you feel better in your own skin? Travel the world and reevaluate your whole life? Why aren’t you doing anything about it?

It’s easy to get into a pattern of thinking you’ll do something ‘someday,’ when the time is right. But, real talk: someday is never going to come. Think about it. It’s always going to be right now. So if you want to make something happen, you’d better do it right now. And the first step is figuring out what you want to happen. Sometimes, that’s the hardest thing.

If you want true love in your life, you’re going to have to face up to the reasons why you don’t have it. Maybe you need a shot of self-esteem, so you have the guts to go after what you deserve. Or maybe you’ve been burned by a toxic relationship and you’re scared to try again. That’s okay – it’s totally natural to be scared – but you need to figure out how to move past it.

Becoming your own #1 priority

First off, you’ve got to accept the fact that there will never be a time when other people aren’t making demands on your time. It’s up to you enforce some boundaries and decide that you are going to be a priority in your own life. If you’ve made promises to yourself, take them as seriously as you take a promise you’ve made to someone else. Because I’m willing to bet that if you see yourself in this article, you’re someone who keeps your promises – except when they’re to yourself.

Many of us are so conditioned to put ourselves last and take care of others that we wake up one day and wonder why nothing we wanted for ourselves has come to fruition. We’ve spent so much energy being selfless and people-pleasing that we end up drained, lonely, and often resentful of other people who didn’t hesitate to put themselves first and go after what they wanted.

There are lots of ways that not making yourself a priority can hurt you; but if you let it get in the way of finding love, then you’ve missed out on the biggest thing in life. Love is the thing that smooths over all the rough edges in life. It makes hard times bearable, and lightens your load. So don’t ever let anyone tell you that pursuing love isn’t important. Whether you’re looking for someone, dating up a storm, newly in love, or working hard on your relationship, you aren’t wasting your time. You’re doing the most important thing you could be doing – for the most important person. You.

Comment: Do you have a habit of taking care of others and putting yourself last?