Natalie Slaughter
May 4, 2017
NEXT STORY

Trump recently made headlines for his comments about the Civil War.

There’s a lot to unpack here and plenty to face palm about, but my fave part had to be when he spoke about the Civil War as if it was no big deal. Just a common disagreement escalated a little too far. The problem with this, of course, is the common disagreement was over whether or not Black people were really people.

The American Civil War is often described by southerners, those who were rebelling against the union and wanted to become a sovereign state, as a war about economics. It wasn’t about slaves, they say. It was about poverty. 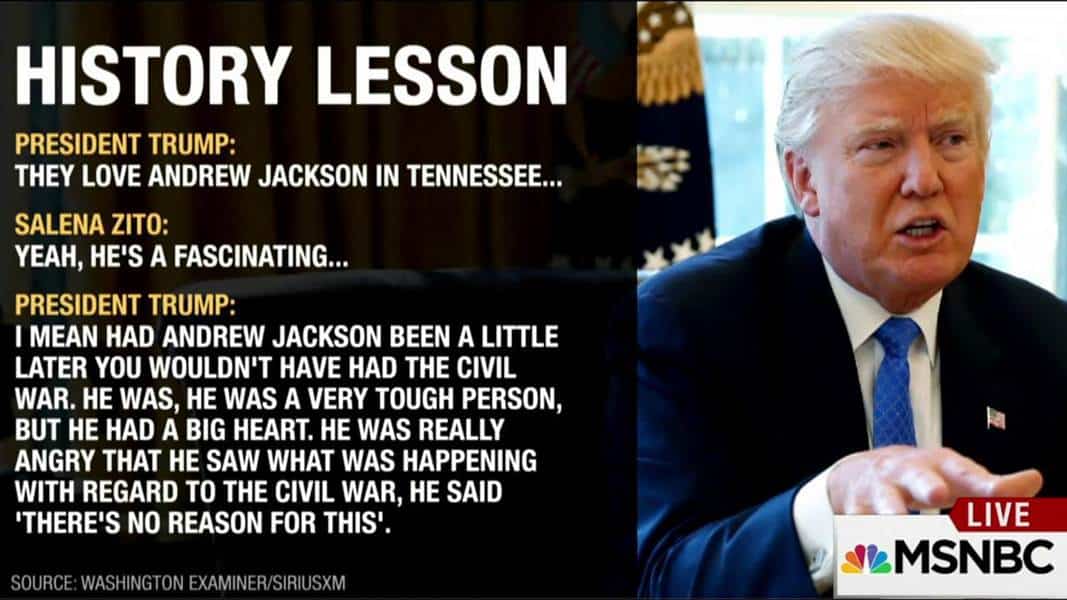 They aren’t entirely wrong. The trouble is their economic issues were centered around the concept of slaves as people who didn’t really count as humans. They were a free source of labor the south had built their economic system around, and the threat of freeing these people translated into economic hardship.

It’s not a difficult concept to grasp if you care about more than one specific group of people.

Trump supporters tend to fall into a group I call the “I got mine” group. “I pulled myself up by my bootstraps and made something of myself, if you can’t it’s because you’re lazy.” These people are almost always white and heterosexual. They have a lot of privileges and have a lot fewer boundaries between themselves and success. It’s hard to pull yourself up by your bootstraps when you don’t own boots.

But this line of thinking makes it easier for them to write off swaths of humanity, to exhibit bigoted attitudes, and still feel morally righteous. If everyone just behaved exactly the way they did, they too could be successful. They don’t want to hear about how white people are more frequent users of the welfare system than any minority group, or how the late term abortion scare story is completely fake, or even about how doing things like cutting the Let Girls Learn initiative is harmful to the very group of people who voted for him.

It’s more than a little ludicrous when you consider how Americans pride themselves in their diversity. The great melting pot, bring us your tired and your poor. America is a country consisting almost entirely of immigrants and intentionally has no national language or religion. Yet these same Trump supporters, these supposed patriots, supported Trump’s ban on Muslim immigrants. They’re the ones who frequently insist if you’re going to live in America, you have to learn to speak English. Despite the fact that both of these things are distinctly un-American.

Any American citizen claiming to be a patriot must embrace diversity. They must embrace our differences, insist on broadening inclusion rather than narrowing acceptance, and continue to champion the rights of every immigrant, every non-English speaker, every LGBT person and yes, every Muslim who lives here.

Trump supporters only champion for their own “I got mine crowd.” They don’t care about anyone else. Despite all of their bald eagle t-shirts and American flag beer covers, they’re not patriots. They’re bigots hiding behind nationalism. They’re racists who are glad to finally have a venue to express their racism in a country that elected a man who feels the same way they do.

They get to choose between being a Trump supporter and being a patriot. They don’t get to be both.

Comment: Do you agree that Trump supporters aren’t true patriots?