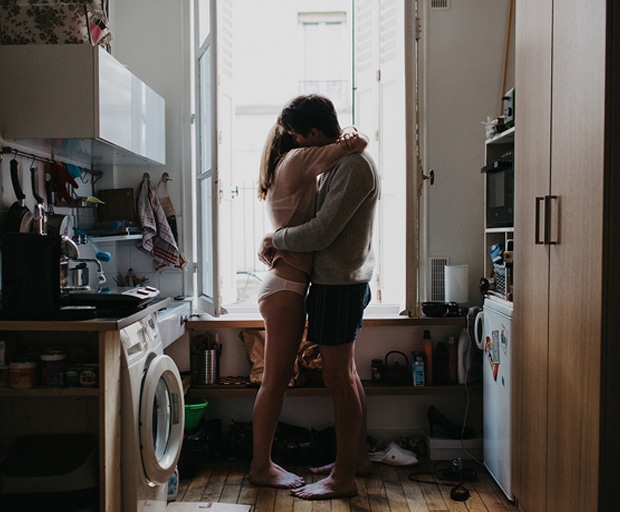 If there’s one thing you need to know to understand men, it’s this…

I’m not a huge fan of the idea that men and women are fundamentally different in what they value and how they approach relationships.

To me, the ‘men are from Mars, women are from Venus’ mindset seems as outdated and irrelevant a way to understand men as ‘The Rules’ – the ones that say you should never call a guy, never accept a Saturday date after Wednesday, and in general, play hard to get. Both of them stem from books that were on the bestseller list more than twenty years ago; haven’t we come a long way since then?

Here’s the thing, though. The Rules work. And many men really do operate on a totally different playing field than women do, when it comes to relationships. As much as I’d like to deny it, and not to pigeonhole men and the way they behave, it’s true that there are certain things about men that seem to be true across the board. If you try to deny it, you’re likely to end up frustrated, with a string of failed relationships to show for it.

I’m not saying you have to subscribe to every theory out there about how men and women are different in order to understand men, but if there’s one thing you should know, it’s this…

It’s all about priorities

One of the hardest things for me to wrap my head around is that not everyone wants the same things that I do. If something is important to me, shouldn’t it also be important to everyone else? And I know I’m not the only one who feels this way. Seeing things through other people’s eyes is a challenge. Of course, on the surface we may say that we understand when others have different priorities than us, but deep down, we don’t really get it.

So, while creating and sustaining deep, satisfying relationships may be the most important thing in your life – and for most women, it is – you have to understand that for men, career and achievement come first. Men need to feel like they’re winning the game of life, or else they won’t have the confidence to be in a relationship. This is why a man who’s struggling in his career will often push away a woman who loves and cares about him, even if she wants to be supportive and doesn’t care that he’s not bringing home the biggest paycheck or climbing the ladder of corporate success.

For example, when I was in college and dating a guy long-distance (a feverish summer romance we were trying to sustain), it all fell apart when he got laid off from his job. He’d been planning to come and visit me, and suddenly he couldn’t afford the flight anymore. He got very depressed, and though I tried to cheer him up and tell him we’d work it out, he ultimately broke things off. It stung, and I couldn’t understand why losing his job meant he no longer wanted to be with me. But now I get it – he felt like a loser, and a guy who feels like a loser isn’t going to be a good boyfriend to anyone.

What women get right

It’s not too surprising that when it comes to relationships, career, and priorities, women have a better understanding of what’s important than men do. While men are more concerned about ‘winning’ and feeling like a success, career-wise, research supports the idea that we should all be putting our relationships first – like most women do.

A study done in 2012 at the Kellogg School of Management at Northwestern University and published in the journal Social Psychology and Personality Science found that people’s most painful regrets center around relationships, not careers. Professor Neal Roese, who headed up the study, asked 500 people about their biggest regrets in life. And while people had regrets about all sorts of things, the ones involving relationships – namely, ending a relationship or cheating on a partner – were much more intense than those related to career, such as dropping out of school or leaving a job. Regrets involving love outnumbered career regrets by more than two to one (56 per cent versus 20 per cent), and the stronger a regret was, the more likely it was to be relationship-related. (A good thing to keep in mind if you’re thinking about giving a relationship another chance.)

So, as usual, women are way ahead of men when it comes to their priorities. Said Roese about his findings, “We are fundamentally social creatures and draw a lot of psychological sustenance out of being connected to others. The regrets we are measuring are a reflection of that.”

All right – so women are smarter than men when it comes to the importance of relationships versus careers. But knowing this doesn’t help us navigate relationships with men, who, unwisely or not, are still going to want to feel like big men before they can allow themselves to make their relationships a priority. We can feel very proud of ourselves for having the correct priorities, and still screw up relationship after relationship by trying to force our values on the men we love. So what can we do about it?

For one thing, we can stop demanding that men pay attention to us when they’re trying to focus on work – and one of the easiest ways to do this is to stop texting men while they’re working. Sure, it’s nice to feel that you’re in contact throughout the day, and for women, it’s easy to send a sweet text here and there. We don’t understand why it should be so hard for men to just text us back. But when men are at work, their minds are on work. They’re trying to achieve – remember that they need to feel successful above all else.

And before you start fretting over that next unreturned text, consider this. A 2013 study published in the Journal of Couple and Relationship Therapy showed that the more men text with their partners, the unhappier they tend to be in their relationships. What’s more, their partners reported being less happy, too. And the partners of men who texted frequently were actually more likely to be considering breaking up with them. Why? Researchers said it’s complex, as women tend to be happier when their partners express affection via text. But texting as a means of inciting jealousy or expressing anger pushed partners away; it’s possible that men who texted more often had a negative motive behind it.

Sometimes, just understanding something can be the key to dealing with it. In this case, knowing that your man needs to feel successful and powerful in his career can be all it takes to shift your mindset and help you be more understanding.

Comment: Do you put relationships ahead of your career? Does your partner?