And no, hyphenating isn’t the answer.

Remember the first time you liked a boy in school?

You probably still slept with stuffed animals, and looked forward to the day you’d have to start wearing a bra with equal parts dread and excitement. Also, you probably carried around sparkly notebooks covered with scratch-and-sniff stickers, in which you wrote your first name together with your crush’s last name, and the names of your future children. Come on – we all did it.

The funny thing is, while most of us stopped sleeping with stuffed unicorns and got accustomed to wearing bras, a lot of us actually did grow up and change our names to the names of the boys we liked. Weird, right?

Don’t get me wrong – I did it too. Of course, I was only 25 when I got married; too young to know very much. I didn’t know, for example, that my father would die just seven years after my wedding, leaving me longing to reclaim the name we’d shared. And too, I didn’t know I’d get divorced just a few years after that – or how much of a pain in the ass it would be to legally change my name back to the one I’d been born with. I’m pretty sure the hall outside the Social Security office in downtown Brooklyn still has a mark from where I kicked it in frustration after a clerk told me I didn’t have the correct documentation to prove I was divorced. (Shoutout to Frye engineer boots: they can do some serious damage.)

My main thought when I got married was that I wanted to share a last name with my children. I didn’t much care whether I shared a name with my husband, an artist who mostly went by his pen name, anyway. (Did I mention I was pregnant when I got married?) My mother had remarried when I was very young and taken her new husband’s name, leaving me constantly correcting people who assumed we had the same name; I didn’t want my kids to have that hassle.

And so, I had no problem jettisoning the identity I’d carried with me for a quarter of a century and taking on a new one – one that I really had no real claim to, now that I think about it. I didn’t share my husband’s family heritage, traditions, or beliefs; I’d only known the guy for two years. What – he knocked me up, we made some rash promises and signed a paper, and poof, I belonged to his family now?

And did you ever stop and think about the term ‘maiden name’? It’s so common, we don’t even question it. We’re always being asked for our mothers’ maiden names: when we apply for credit cards, when we call to access our bank accounts, when we fill out registration forms. But really – maiden? Like we were wandering through the forest in a gown, helpless and delicate, before some man swooped in to take us in hand? Gross. 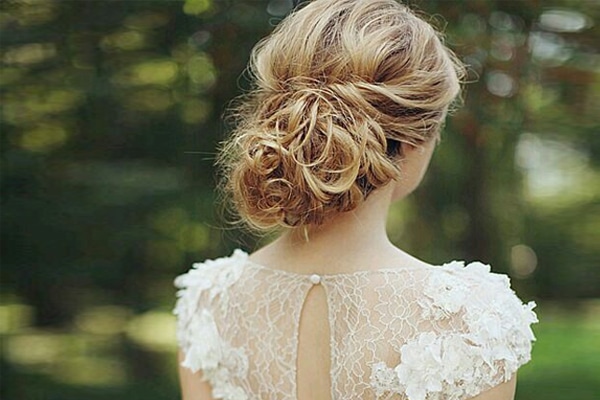 I think we’re all aware that practice of taking a man’s name dates back to when women were property, and our entire existence was signed over to our husband as soon as we were pronounced man and wife (not woman and husband, of course). Blah blah blah whatever, right? But if you think the history isn’t relevant, and taking your husband’s name is simply a sweet way to indicate your devotion and commitment, read a few of these comments from men who were asked how they’d feel about taking their fiancée’s name after marriage, courtesy of Thought Catalog…

“I would never do it. I’m not someone who pushes boundaries. I don’t like to call attention to myself, and taking my wife’s name would make me feel like I was on display – like I was trying to make some kind of statement, and that’s not me. For the same reason, I would never combine names, or hyphenate. It’s archaic, I know, but if my fiancée and I weren’t planning on keeping our own separate names, I would only agree to the woman-changes-her-name thing.” — Luke, 26

So, he’s okay with them keeping their own names (right on), but he wouldn’t be okay with taking her name (because that’s weird). Huh.

“I have some friends out west who’ve done the combo last name thing for the baby, and that seems fair. Starting a new lineage is kind of cool. But taking her name? That’s not fair. That’s just lame. No thanks.” — Ethan, 30

Yes, Ethan it is lame. Totally.

“There’s something so emasculating about the notion of a man washing away his name altogether. The thought makes me uncomfortable, and kind of angry.” — Edgar, 25

Yes, exactly! So, why aren’t more women angry? Roughly 80 per cent of women are still taking their husband’s names when they get married. Why?

Even more puzzling is the phenomenon of women getting divorced and clinging to their ex-spouse’s surname. Some of them claim they want to have the same name as any children born from the marriage; I say, have a little dignity, ladies. Do you really not have any identity outside of being a mother? Don’t you want to move on? Part of moving on from divorce is coming to terms with the fact that you’re not a family anymore; you need to forge ahead and form a new family structure. Holding on to someone else’s name isn’t going to help you do that.

And one more thing: the whole hyphenated name thing? Not a good solution. It’s confusing for everyone, it’s a bureaucratic nightmare, no one will get it right anyway, and it’s a holdover from the 1980s, anyway. If you’re going to hyphenate your name, why don’t you start wearing power suits with shoulder pads while you’re at it?

Look, I don’t mean to sound harsh. But as someone who’s been there, done that, I’m begging you: keep your names, ladies. I’ll tell my daughters – who, by the way, have a different last name from me, and it’s fine – never to change their last names. It would break my heart if they did. Their names are their identities, and I never want them to give those up for anyone.

Images via lovethispic.com and favim.com.

Comment: Did you (or would you) take your partner’s name after marriage?