For those going through a divorce; you didn’t ‘fail’ as a couple, you were set up to fail by society’s unrealistic expectations.

In a time, long before we began fetishizing weddings and relationships on social media, marriage had nothing to do with having a ‘sex life’ in contemporary terms.

Married couples had sex, but mainly to create offspring to carry on the family name and property ownership line, not because they found each other desirably hot.

Somewhere during the last few decades however, we have taken marriage and turned it from a very practical arrangement, into a highly romantic one. In her book The Meaning of Wife writer Anne Kingston describes how an orator named Demosthene from the fourth century B.C, categorized the married wife’s one and only role.

“As he (Demosthene) put it, ‘We have mistresses for our enjoyment, concubines to serve our person and wives for the bearing of legitimate offspring.’ By the end of the twentieth century, the wife was expected to be omnisexual – to stimulate, to serve and to bear children.”

Modern marriage, as portrayed by newlywed celebrities or on aspirational Instagram profiles, might seem like a blissful happy state, where great sex and companionship combine forever in a perfect package. But trying to create this ‘happily ever after’ mirage with one person, now that we are living longer than ever, is incredibly difficult, if not impossible. For women in particular, being a ‘wife’ as Kingston writes, is a heavily loaded term that can impact on how we see ourselves as individual, sexual beings.

Statistics from the American Psychological Association show that around 50 percent of marriages end in divorce, with one of the most common reasons for separation cited as infidelity. Yet so many of us still insist on committing our minds and bodies to one person in marriage: why?

When we get together with a new partner, those first few wonderful months and sometimes years of a relationship, often referred to as the ‘limerance phase’, are a lot of fun and for most, include plenty of hot sex. 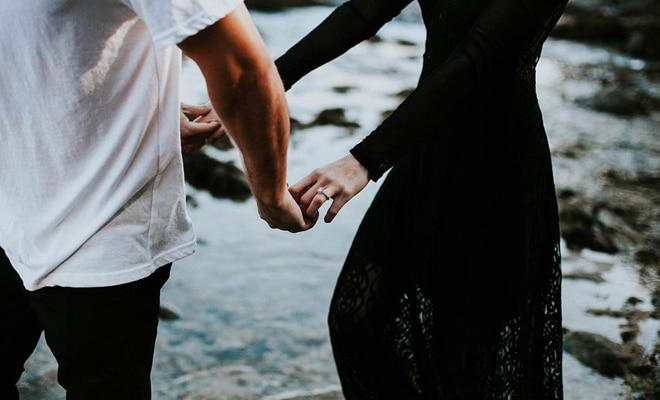 Fast forward through the honeymoon period however, to the daily pressures of modern adulthood and having great sex is not the first thing that comes to mind at the end of another chore-filled day.

“The person we try to do too much with, such as; put the bins (trash) out, raise the children, do the accounts or decorate the interior of our house; is also the person we choose to have sex with. When we are busy, sex is often the thing that takes a hit first.”

As Kingston again explains, “having sex with your legal spouse isn’t forbidden, its bidden. It isn’t illicit, its licit. It isn’t foreign; it isn’t furtive; it doesn’t pulsate with the anticipation of the new. The day-to-day contact and proximity of marriage was seen as inviting the death of the carnal urge.”

Couples counsellor and US psychotherapist Esther Perel describes this disconnect between marriage and desire in her book Mating in Captivity. Through her hundreds of couples’ interviews, Perel found otherwise happy people in long term relationships had unsatisfactory sex lives.

She like Kingston and de Botton says too much intimacy is the death of desire and sexual urge in a marriage.

For those at the end of a relationship or going through a divorce, this should be heartening.  You did not ‘fail’ as a couple, you were set up to fail by society’s unrealistic expectations on you and on marriage. Marriage is not for everyone; it does not always work for many reasons and that is okay – there are many other ways to enjoy fulfilling relationships.

For couples in long-term partnerships that want to have better sex, de Botton states it is not entirely hopeless.

“You need to start seeing your partner as they were before you were both weighed down by life, and re-appreciate them for the person you were attracted to initially. Look at them properly with respect and complexity, imagine how attractive they are to others, or book a hotel room and get passionate, away from your everyday life.”

Perel has similar advice when it comes to reconnecting sexually with a long-term partner. Talking to Nisha Gopalan for Well and Good, Perel says, “People have this myth of spontaneous sex (based on the early days of a relationship), so if you try to re-create that passion, you set yourself up for failure. You must cultivate the erotics; give meaning to sex.”

“Treat your marriage as something that ‘demands focus and attention’. As chairwoman of that partnership, you should lean on your instincts—what turns you on, what turns you off—to shape it and create a valuable connection.”

And if you still can’t make it work? It might just be easier to take Demosthene’s advice and organize a concubine and a mistress to share the load.

Comment: Do you agree? Does marriage lead to the death of sex?