Why Vaccinating Your Child Is A Moral Responsibility

“Immunisation has been a great public health success story. The lives of millions of children have been saved, millions have the chance of a longer healthier life, a greater chance to learn, to play, to read and write, to move around freely without suffering”

If you’re a fan of modern science, you’ll know that vaccines save millions of lives every year. And yet, shockingly, the anti-vax movement is still alive and well, poisoning the community with fear and dangerous misinformation and myths. And, consequently, levels of childhood vaccination have fallen to dangerously low levels in some areas of Australia.

In fact, anti-vaccination propaganda is so rife, you may find yourself even having to battle members of your own family, as I have, to enforce them to get vaccinated before they come into contact with your precious newborns. I will never forget a hospital midwife congratulating my husband and me on our decision to vaccinate our firstborn, saying there were “babies dying just down the hallway” of pertussis, commonly called whooping cough.

Vaccination not only protects individuals, but also the community. And so I believe vaccinating your child should be mandatory. For far from being just a personal choice or issue, parents have a moral and community responsibility to protect their children, and everyone’s else’s, from preventable diseases.

It’s been said that vaccination programs introduced around the world over the past 70 years have resulted in the global elimination of smallpox and regional elimination of polio and measles, and it is estimated vaccines save the lives of up to three million people each year, including two million children each year.

In Australia, immunisation – receiving a vaccine and becoming immune to a disease, as a result of being vaccinated – has, without question, markedly reduced the incidence of many vaccine-preventable diseases such as diphtheria, tetanus, poliomyelitis, haemophilus influenza B, measles and rubella.

So, why all the fear and misinformation? Here are some fast facts which will hopefully dispel any myths you may have heard:

Truth: This is false: all vaccines currently available in Australia must pass stringent safety testing before being approved for use by the Therapeutic Goods Administration (TGA). This testing is required by law and is usually done over many years during the vaccine’s development. 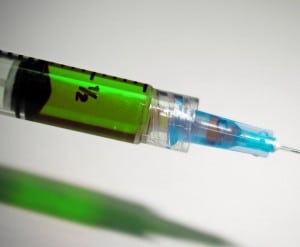 Myth: You don’t need to give your child a full course of vaccines for them to be protected.

Truth: In the first months of life, a baby is protected from most infectious diseases by antibodies from her or his mother, which are transferred to the baby during pregnancy. When these antibodies wear off, the baby is at serious risk of deadly infections and so the first immunisations are given before these antibodies have gone. And children get so many immunisations because new vaccines against serious infections continue to be developed. The number of injections is reduced by the use of combination vaccines, where several vaccines are combined into one shot.

Myth: I give my child vitamins, they don’t need to be immunised.

Myth: If I don’t vaccinate my child, it doesn’t affect anyone else.

Truth: False! If enough people in the community are immunised, the infection can no longer be spread from person to person and the disease dies out altogether. This is how smallpox was eliminated from the world and polio has disappeared from many countries.

Myth: Parents and grandparents don’t need to be immunised.

Truth: Anyone who comes into close contact with your baby, including parents, grandparents and carers must be vaccinated for they are commonly carriers of some childhood infections and diseases. For example, several studies of infant pertussis (whooping cough) cases have indicated that family members, and parents in particular, were identified as the source of infection in more than 50 per cent of cases.

Myth: Vaccination will make myself and/or my child sick.

Truth: Some children and adults experience minor side effects following immunisation. Most side effects last a short time and those affected recover without any problems. Extra fluids and paracetamol will ease fever and soreness. Vaccines are much safer than the diseases they prevent.

Truth: This one is commonly pedalled by anti-vaxers. The myth that vaccines are somehow linked to autism has been widely discredited after Andrew Wakefield, a non-doctor, who had multiple conflicts of interest, suggested it. His now notorious Lancet paper was retracted in 2010, he was struck from the medical register for “dishonest, unethical and callous” behaviour and the British Medical Journal accused him of deliberate fraud. And while we currently don’t know what causes autism, we do know what doesn’t: vaccines.