Buying sex toys can be an intimidating experience.

While the stigma and taboo surrounding sex have gotten (somewhat) better in recent years, for many people, the idea of going into a sex shop is just too off-putting – especially if you’ve never been to one before.

Boutique lingerie stores often sell sex toys and can be safer spaces for women to purchase personal playthings, but even these places are inaccessible for a lot of people, as they often only stock pricey “luxury” brand vibrators that cost hundreds of dollars.

This is the reality that PlusOne sees. In October of last year, they launched a line of sex toys in Walmart, the biggest retailer in the United States, and is launching another line in August.

The fact such large retailers are selling sex toys is huge for sexual health.

The high amounts of sexual stigma women face in society has consequences in the bedroom; there is a clear orgasm gap between men and women. A 2017 study found that heterosexual men are more likely to say they orgasm 95 percent of the time, compared to women’s 65 percent. The same study found lesbians reach Oh-Town 85 percent of the time, so the orgasm gap predominately applies to heterosexual sex. 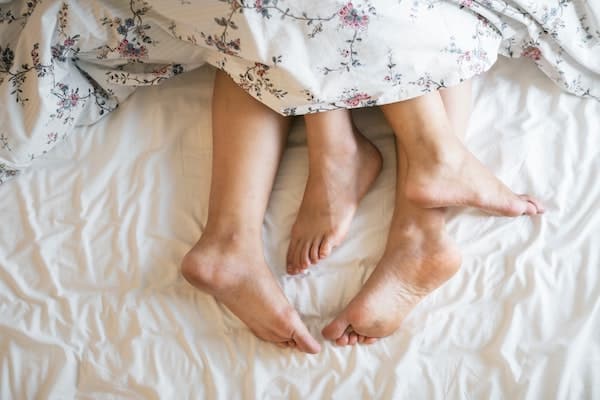 One way to close the orgasm gap is to encourage women to embrace sex toys and solo sexual pleasure. Once you understand your own body and what makes you orgasm alone, it’s easier to communicate that to a partner and is the key to mind-blowing sex. And one way to assist in orgasming alone; sex toys and vibrators.

That number should be sitting significantly higher, and one way to grow it is to make sex toys more accessible, affordable, and less taboo.

Being able to buy sex toys at “regular” places like Walmart or Target – the other location PlusOne currently sell their product – is a big deal. Selling sex toys as mainstream, normal products is a step towards progress in how we see sexual health and sexuality, which we still desperately need; in fact, Alabama still criminalizes the sale of sex toys (yep, really).

Visit the PlusOne website for more information, and to find your closest Target or Walmart that stocks PlusOne products.

Featured image and images via unsplash.com.