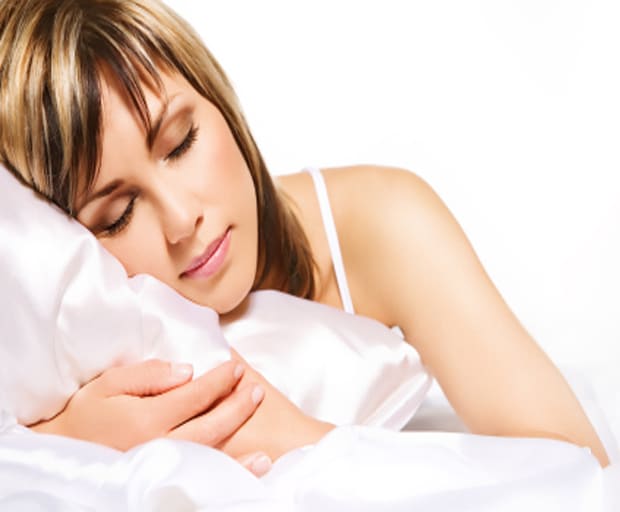 Cara Delevingne Is The New Face Of John Hardy

Leading up to the end of the W8less 40-Day Challenge, the focus is now firmly on getting enough sleep for your body. Kate Troup, founder of W8less, has answered why the amount of restful sleep you get is so important in maintaining your general health and wellbeing.

How is sleep linked to weight loss and wellbeing?

Sleep is so commonly overlooked but it’s critical for long term weight loss success. If you’re constantly tired, you will find it much harder to lose weight and stay healthy. Sleep is the time for the human brain and body to regulate and recharge itself. This is the time during which certain chemicals are released (some are only released while sleeping) and others are suppressed, working to keep the body in a state of balance or “homeostasis”. Inadequate sleep leads to chemical and hormonal imbalances which can cause a myriad of problems, including working against your efforts to lose weight.

In fact, a lack of sleep can be the cause of weight gain. German research showed that after just 4 nights of sleep deprivation, due to the effect on appetite hormones, otherwise healthy women ate 20% more food than when they slept for 8 hours and as a result gained an average of 0.4kg.

How do I know if I have sleep problems?

The occasional period of insomnia is pretty normal and should be interpreted as your body’s way of telling you that it’s stressed. But if you regularly struggle to fall asleep, wake during the night or feel like you could do with another 8 hours when you wake up in the morning, then your sleep is not good enough and you are probably in a state of constant sleep deprivation.

What effect does sleep deprivation have on you?

Why do you think sleep problems are becoming so common?

Stress and poor food choices do play role but I think believe that main cause of the effect of light on our brain’s hormonal response. Your brain has evolved to use the cue of light during the day and darkness at night to regulate your sleep – or circadian – patterns. In the same way that feeling hungry is the cue to eat something, the absence of light is the cue that it is time to sleep.

The screens of laptops, televisions, tablets and smart phones all emit a frequency of light which is blue. This is particularly disruptive to your brain because the sky also emits blue light (which is of course why we see it as blue).

At night-time, when the light is meant to have disappeared so that your body knows that it’s time to go to sleep, the blue light from screens convinces your brain that it is still in fact daytime and it should stay awake. This reduces both the quality and duration of sleep. In fact, many people suffer from something which is akin to chronic jetlag where the body’s diurnal pattern is constantly out of balance.

This effect is so significant that researchers are trialling blue light in cars to reduce driver fatigue at night time. One study found that having a bright blue light inside a car at night was as effective as taking caffeine tablets which were the equivalent of 4 espresso coffees.

How can we minimise the effect of light on our sleep?

I’m Happy In My Fat Body, But I Miss Being Thin