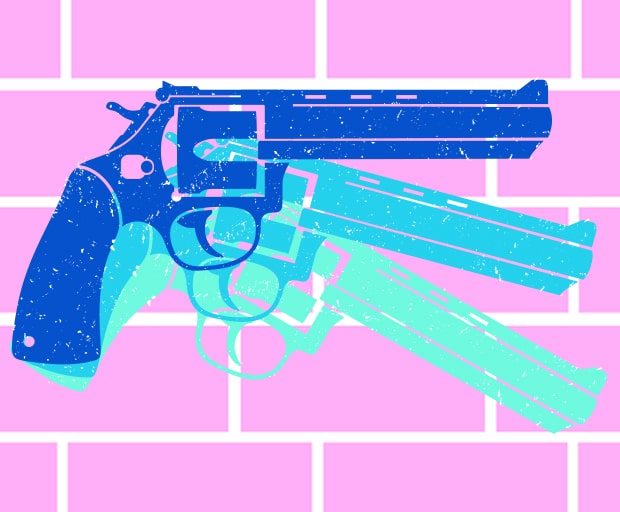 7 Things That Should Be Banned In The Bedroom

Our right to bear arms has trumped the lives of children.

As I write this article, I’m angry.

I’m angry from turning on the news and finding more stories about how nothing has been done about gun control. I’m angry from a 24-hour sit-in at the House floor that spurned no actual political action, just more media coverage. I’m angry that so many politicians offer thoughts and prayers to the groups of those that frequently find themselves at the business end of gun violence, in suits paid for by the NRA.

On December 14, 2012, Adam Lanza opened fire on Sandy Hook Elementary School. He killed 20 children between six and seven years of age, as well as six school employees. He also murdered his own mother, and before police could arrive, killed himself.

It was a tragedy. Everyone on all sides of the gun debate agreed it was a tragedy. Faced with so many young broken bodies, how could we think anything else? President Obama formed a gun violence task force. The NRA blamed video games. Plans were made. The White House wanted to require criminal background checks for all gun sales, ban assault weapons, limit ammunition magazines to ten rounds and ban armor piercing bullets.

None of these proposals passed.

The NRA and those in its pockets rallied, declaring the ability of individuals to kill many people quickly and efficiently trumped the lives of school children. And that’s the moment we lost the fight. When we decided we’d like to talk a great deal about how sad it is that these things keep happening, and gosh, isn’t it a shame that we can’t do more about it?

The thing is, we can do more. We can do a lot more.

As John Oliver once said, “One failed attempt at a shoe bomb and we all take off our shoes at the airport. Thirty-one school shootings since Columbine and no change in our regulation of guns.” And yeah, it has a lot to do with who is committing the crimes and who they’re funded by. The NRA donates nearly one million dollars in direct contributions alone each year, not to mention the over three billion spent on lobbying and the 27 million spent on outside marketing to ensure guns and bullets are easy to get.

And I understand the argument of the NRA – not all gun owners are irresponsible, I agree. I know of several who were taught from a young age how to use them safely, who keep their weapons and ammo locked up at all times, who absolutely support Obama’s proposed measures as well as licensing of every owned firearm. Because they understand the message that seems to fly over the heads of gun zealots – the cost of living in society is sacrificing some personal freedoms.

We hate to hear it, but it’s true. You don’t hear a lot of people lobbying against auto regulations, for example. We understand why we need speed limits, drivers licenses and auto registration laws. People need to prove that they know how to use a multi ton piece of metal before they allow them to send it hurdling down a slab of concrete at other human beings at 70mph. Because they can kill people otherwise – and they have. And when they do, they call it vehicular manslaughter, a special law created for those who violate these rules. They go to prison, have their driving privileges taken away.

We all know someone who soberly reminds us why these laws are necessary, either because they always insist they’re fine to drive after drinking, or because they’ve been the victim of someone who has.

We do not have the freedom to drive wherever, however, and whatever we want without license because we live around other people and know it’s dangerous to allow this level of freedom. I don’t know why we treat guns differently, but we do. Guns need to be licensed and regulated. We need to control what kinds of guns we allow on our streets. We need to control who is allowed to have them, because despite what the NRA would love to have you believe, the right to have a gun is not guaranteed by our constitution. The right to form a well-armed and regulated militia is, and I don’t know about you, but I don’t know a great number of militia members. It is a privilege to own a gun, and one you should lose if you prove you can’t be trusted with one.

Americans are desensitized to gun violence, likely due to the sheer volume of it we encounter each day. We turn on the news and someone was murdered. 2015 saw 353 mass shootings alone. This is what I attribute our blind obedience to the NRA’s chorus to – let’s trust the professionals: they’d know better than us.

But if they knew better, we wouldn’t have a record number of murders every year. We wouldn’t have one of the most terrifyingly high gun related murder rates in the world. We’re broken. Something about us is inherently broken. Our contentment with the mass murder of children should make that abundantly clear.

I’m angry. I’m sad, and tired. Children are dying. And all we can do is offer our thoughts and prayers while wrapping their bodies in a blood-soaked American flag.

Comment: Do you agree America prioritizes gun ownership over lives?