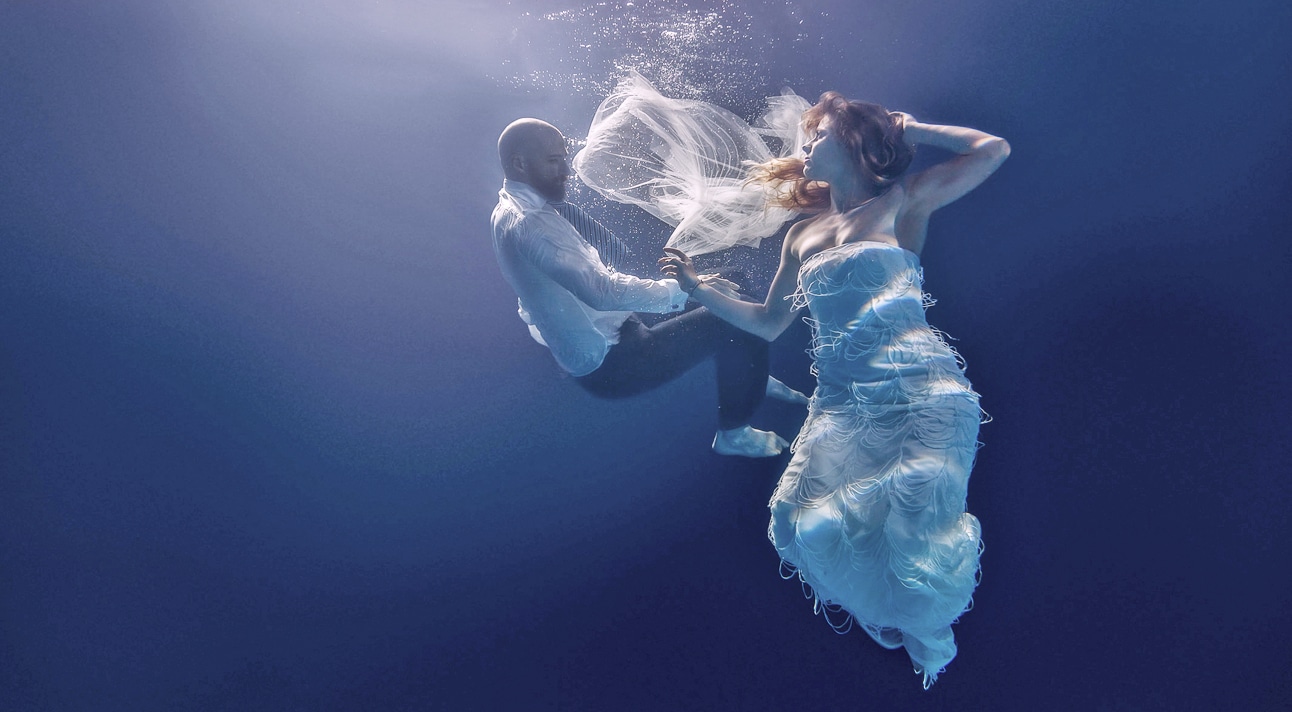 Why I Gave Up My Best Friend For My Boyfriend

Meet the people who are privy to some of a couple’s most private moments.

When it’s your full-time job to spend up to 12 hours a day with brides and grooms, you get to know a little something about marriage.

In fact, a bunch of veteran wedding photographers who shared their thoughts on Reddit, recently, reckon they’ve seen so much when it comes to tying the knot, they can actually pick the exact couples who aren’t going to make it the distance, thanks to these photo-moment red flags… 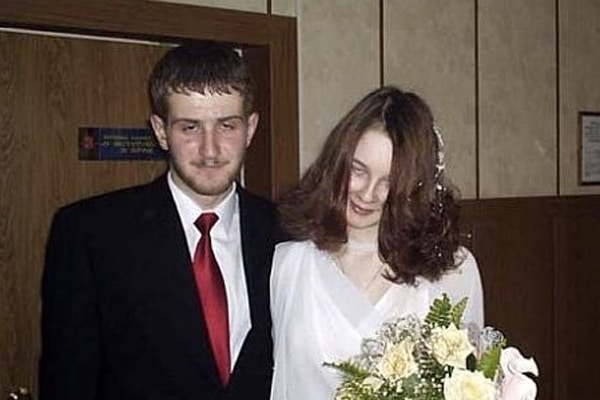 We all get to a point in our lives where we’ve attended so many weddings our eyes immediately glaze over during the nuptials. But if either one of the bridal couple’s eyes appear to stare off vacantly into the distance in their own wedding pics, it’s a bad sign, says Reddit commenter, Jaff4487; ‘[It’s that look of]…I’ve made a huge mistake.’

2. The wrong kind of sexual tension 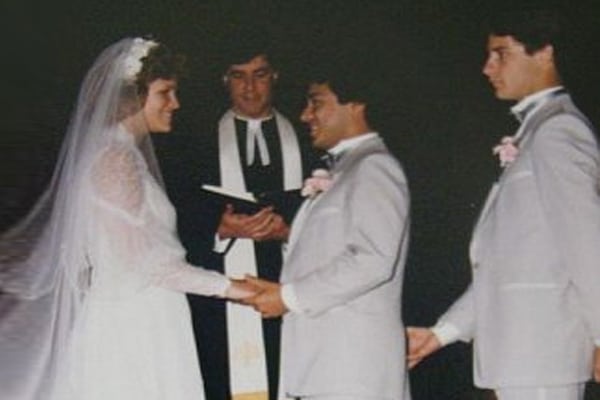 3. When it’s all about the bride 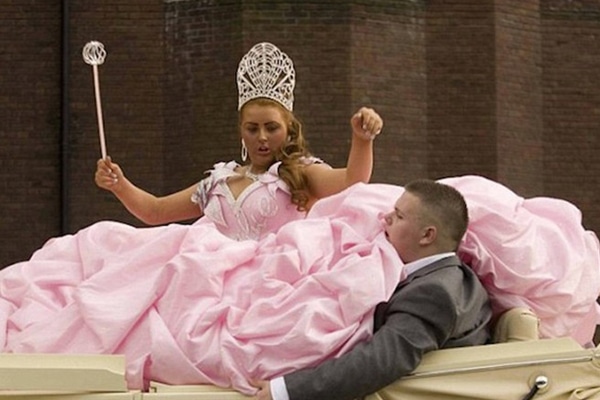 Wedding photographer and Reddit commenter, JetKeel says a marriage is typically doomed for failure if the bride is more focused on making the wedding day all about her, than preparing for the marriage itself. ‘I think the success of the marriage can also be directly linked to how many times the bride says: “this is my day.” No, no it’s not.’

4. When a couple’s totally out of sync 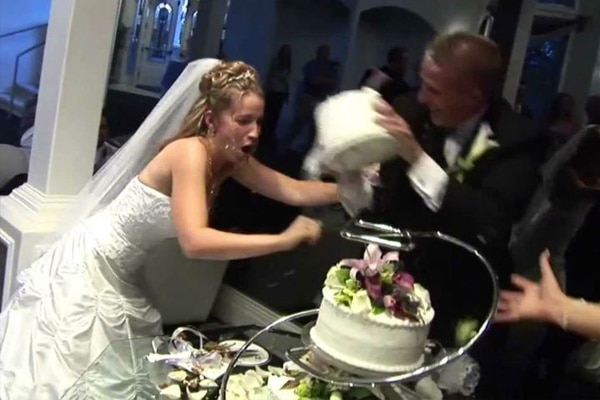 ‘One couple worried me, the bride was a tense wreck during the whole ceremony and reception to the point that I didn’t get many useable pictures of her because she looked sooo stressed out and unhappy,’ says another Reddit user and photographer.

‘Meanwhile the groom was with his friends having a great time (which is good and normal) but not helping her with anything or responding at all to her panic.’

5. A lack of enthusiasm 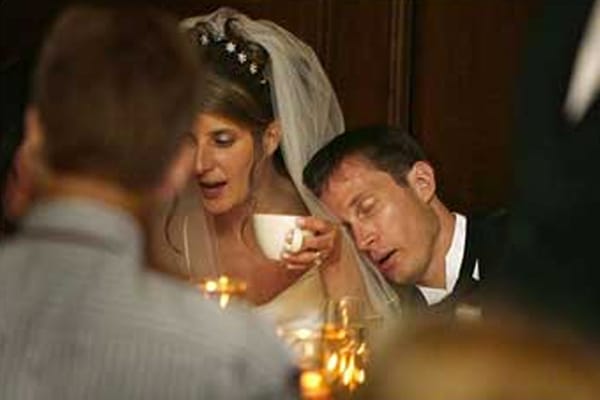 If a couple appears generally disinterested during the wedding photos, it’s definitely a red flag, according to Reddit user, CoLmes, who recalls a particularly worrying experience.

‘My very first wedding was a couple who was getting married by the art museum in Philly. I had my friend who’s been a wedding photographer for 10 years with me to show me the ropes after doing a lot of second shooting with him. So he poses a kissing shot of the couple, and when he asks them to kiss the bride goes “oh, no, no thank you” in this weird little mousey voice. He has shot over a 100 weddings and said he never saw a couple so not into each other as much as they were.’ 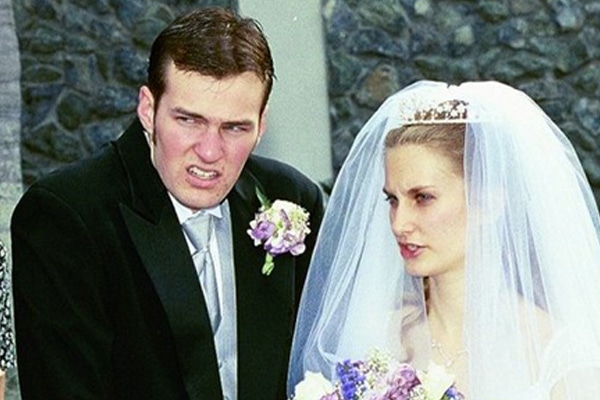 If a bride and groom haven’t resolved their issues before they hit the alter, it could spell disaster for the marriage.

‘I planned events (mostly weddings) for several years. The number one I would say is contempt. If either of the couple has contempt for the other (not respecting their opinion, minimizing their thoughts, puts down their partner, etc) I guarantee the couple will divorce,’ says Reddit commenter, chrislbraman. 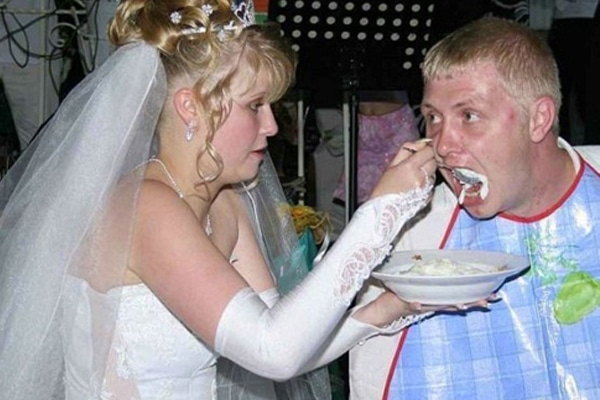 ‘This is going to sound totally cheesy but I feel even more strongly about this: what happens during the cake cutting. Sweetly feeding one another? Good sign. A playful smear of icing on the nose? No problem,’ explains Reddit user 2Dprinter.

‘But every once in a while someone will retaliate – bad sign. I think it’s indicative of the sort of contempt which will doom the relationship. Even if you don’t want that fondant on your face, you need to be able to laugh it off and have a good time.’

Comment: Have you ever accurately predicted a couple’s break-up? What was the red flag?