Wedding Wars: Would Your Husband Take Your Surname?

New wedding trend alert: In a move sure to make both misogynists and the anti-feminism movement choke on their cornflakes, some very modern and evolved men are – gasp – bucking tradition by taking their wives’ surnames upon marriage.

Recently, a story I wrote for SHESAID questioning why so many women still say “I do” to their husband’s name stirred up the trolls on my social media platforms. Feminism means choice, but in an age when domestic violence against women is our nation’s biggest human rights injustice, I pondered just how many women are actually forced to give up their maiden names –  along with their identities and independence – when they marry.

Now, men like San Diego’s Mark Tyler, 36 – a self-described “house-husband” who came forward via Twitter to share his story – are redefining and challenging traditional marriage mores. In a wonderful show of mutual respect and commitment, Mark and his lawyer wife Carol, 38, made the decision for him to assume her last name, while also making his former last name Harper his new middle name, when they married in 2011. The couple’s three young children also take their mother’s name, as will their fourth child, due this November.

Yet is it still so rare for a man to take a woman’s surname that new research shows up to 97 per cent of men keep their last name after marriage. So, why is this so? And why do so many people assume men will feel emasculated if they give up their surnames, just as society has demanded of women for centuries?

“A husband taking his wife’s name is a very 21st-century idea,” social demographer Bernard Salt has said. “It’s very much a Generation Y trait and I think it reflects the changing nature of relationships.” And, he cautioned men on the stigma attached to it: “People who are forerunners of social change are always remarked upon and sometimes teased and mocked.”

In search of further wedding industry statistics on how often it occurs, I consulted veteran professional wedding musician Marty Sima (aka my husband), who has performed at hundreds of Queensland weddings.

“I’ve never heard of a man choosing to take a women’s surname upon marriage before,” Marty says. “However, what I have noticed of late is an increasing number of women choosing to keep their maiden names.

“It’s whatever works for each couple – everyone’s marital expectations are different. However, the very non-traditional practice of a man taking a woman’s surname might cause friction in a couple’s family with the older generation and more traditional religious types.”

And the refreshingly bold gender role reversal isn’t just extremely rare in real life. In celebrity land, it’s unheard of, with A-list actress Zoe Saldana and her artist husband Marco Saldana (pictured), formerly known as Marco Perego, shocking the world when he also opted to take her last name when they got hitched. 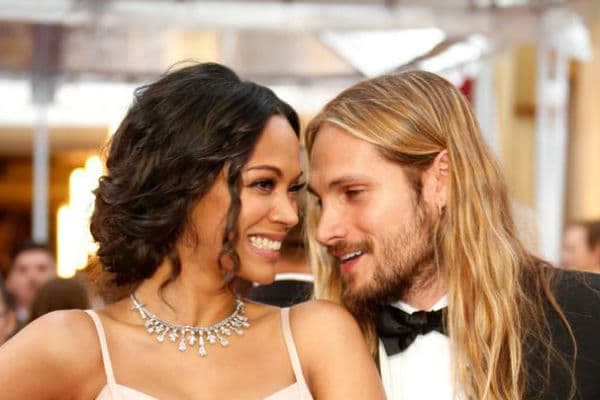 For Mark Tyler, a former banking executive, it’s about being secure enough in his masculinity to not only challenge society’s outdated notions of whom should be the breadwinner, but also kick traditional wedding naming customs in the arse.

“When we had our first daughter,  I changed my schedule to be part-time,” Mark says. “Once our son came along, in June 2013, I quit my job and stayed home full-time. I’m not really sure that I feel evolved, I just feel like we did a good thing here, which made sense for both of us. The bottom line is that Carol did not want to change her last name, largely because she had already established it in her work, and I wanted us to have the same family name. So in that way, we both got what we wanted.

“We never talked about any name issues until we got engaged, when we talked a great deal about how we wanted to have our lives. Given our different abilities and dispositions, we agreed that Carol would be the primary breadwinner and that I would have the secondary job and, if we had children, would be the primary caretaker.

“When Carol said that she really wanted to keep her name, I told her that I fully understood. At that point, she said half jokingly: ‘Of course, you could always take my last name’. Well, I actually thought about it and did some research. It is unusual; I don’t know any other men who have done so.

“Then, about six weeks before the wedding, I decided to do it. I told her on Christmas eve; it was a Christmas present to her. About a week before the wedding, we told my family and friends. The reactions were mixed, to say the least. My family was very upset and hers was not pleased either. My friends were about 50/50 on it, while her friends thought it was an awesome idea.” 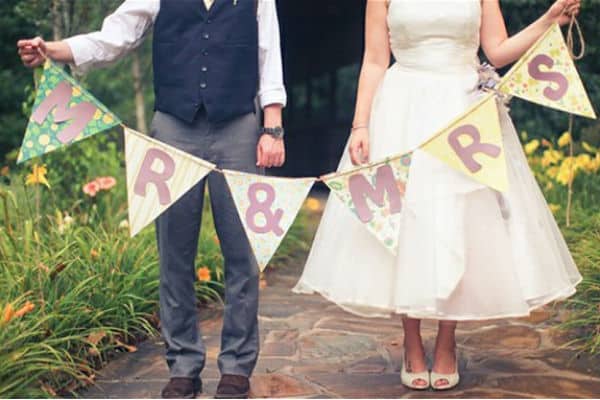 Undeterred, the couple pressed ahead with their plans and got quite the response at their wedding too. “The big day came and we had a great ceremony,” Mark says. “At the end, the minister asked us to face the audience and said: ‘I’m  proud to introduce for the first time Carol and Mark Tyler’. It was the funniest thing; it seemed like the entire audience took a collective gasp. Then there was applause and cheering as we kissed and then walked down the aisle.

“When I originally made the decision, it was important for me to keep my old last name of Harper as part of my name, so I made my middle name. I think that the only amazing thing about this is that I am a man. Virtually every part of the story, including the outcome of taking the spouse’s name, is what women have been doing forever.

“I would definitely do it again, but there were some bumps in the road. Firstly, despite the fact that I made the decision after much thinking and talking, I was still taken aback the first few times I was addressed as Tyler. And I have to admit that I went through the same type of identity crisis that a lot of women do when they change their last names. Plus, the obvious flak from the family and some of my friends was difficult at times and the laborious paperwork that went into this; what a pain in the neck.

“However, the positives so outweigh the negatives. I really like the family unity that a single, shared last name conveys. Second, when I see or hear my name, I almost immediately think of Carol, which is fantastic. Third,  it’s still great to honour Carol by taking her last name. In fact, small correction: shortly before the birth of our first daughter,  one of Carol’s friends complimented me on taking her last name. And Carol quickly corrected her: ‘Since the wedding, it’s been OUR last name!’ That is certainly how I feel now. Some of our friends joke that we are a 21st-century couple and I think that that is basically true.”