I Lost Weight And It Destroyed My Marriage

My dress size dwindled, and so did my relationship.

When I got married, I weighed 286 pounds.

I’d been ‘big’ all my life, but at the time I had no idea just how much my weight had influenced who I was.

In hindsight, I was naive to think transforming my body wouldn’t affect the rest of my life, because I’d battled with chronic obesity since birth. Even as a infant I didn’t put on grams like regular babies, and instead, steadily piled on pounds.

In an effort to stop expanding, I was repeatedly taken to doctors and specialists and together we tried just about everything. I maintained strict food diaries for years and the doctors even tried restricting my dietary intake to nothing but lettuce leaves and black, sugarless coffee. When this didn’t work, medication was eventually introduced, and by the age of eight, I was swallowing 12 pills, three times a day.

As a child, battling obesity was awful. My days were consumed with endless conversations about food restrictions, new, undesirable and unsuccessful diets, writing down everything that passed my lips, and having to swallow more pills than my grandparents combined. No matter what I did, nothing stopped my waistline from growing, and it made me feel like there was something seriously wrong with me.

My weight attracted a lot of extra unwanted attention, too. I recall a stranger looking and laughing at me as I walked home from school one day. I must have been about seven or eight years-old and as I walked toward him, this complete stranger went out of his way to sneer at me, stating loud enough for other children to hear, “Oh my God, you are the fattest kid I’ve ever seen!”. I’ll never forget it.

Despite every effort to lose or at the very least, maintain my weight, it continued to rise into my teens. I watched on in envy as my friends bought and flaunted their nice new fashionable clothes while I was left shopping at specialty stores and wearing bag-like clothing to hide my oversized body.

It wasn’t just clothes I couldn’t get; boyfriends were another issue. Even though I had plenty of boy ‘friends’, I was always seen as one of the boys. They’d talk about other girls in front of me as if I was invisible, even ridiculing other ‘fat’ girls in my presence, which as a teen, did nothing for my self-esteem. 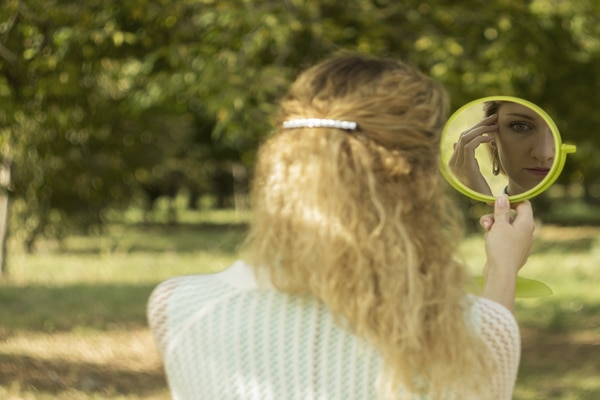 By my early twenties, my lack of confidence and self-esteem was deeply rooted into my identity. I walked with my head down, avoided mirrors at all cost, and allowed others to treat me like dirt to avoid loneliness. I tried to convince myself I was confident, but it was just a facade. Inside, I was insecure, scared and terrified no one would ever want to be with me and I’d have to live my life alone.

I was 20 when Brad* entered my life, ironically as outwardly shy as I was internally. So I thought I’d found a kindred spirit, who, regardless of my weight, seemed to be genuinely interested in being with me. We married hastily and our first child was born a year later.

Then I began losing weight. With a new six month-old baby taking up all my time and energy, in the middle of saving money for a home and planning for our future together, finally, for the first time in my life, the weight seemed to fall off.

Oddly, as I became noticeably smaller, Brad seemed indifferent to my success, never commenting on how good I was beginning to look, nor showing he was pleased I was feeling much healthier. Even after losing three dress sizes, he neglected to offer me any encouragement.

Finally I pressed him on it, and he acknowledged his insecurities were running rampant. His primary concern was what would happen when I lost my weight. As he saw it, the woman he’d married was rapidly vanishing before his eyes, and with that, I felt more and more foreign to him. So despite assuring him we’d be ok, the more weight I lost, the further apart we drifted.

He began staying at work longer hours for no good reason and leaving me home alone with our son. I was thrilled with my new body, but terribly lonely with no one to truly acknowledge it. So, wanting to show it off, I got involved in the local community. I was able to go shopping to buy the clothes I’d always yearned for, however, although my self-esteem began to soar, nothing could fill the void of our empty marriage. 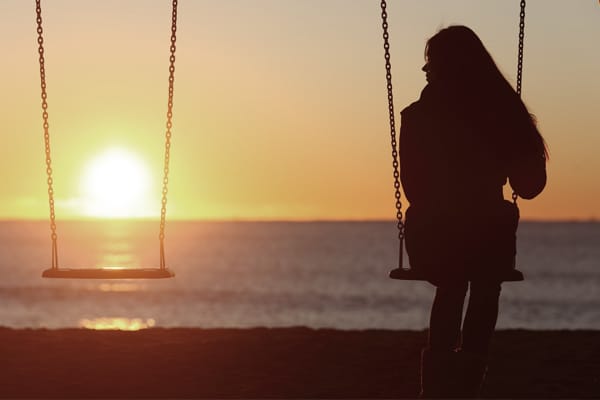 Our second baby didn’t shift our momentum. Instead, we continued moving in opposite directions. Clearly, our marriage needed some work, but neither of us were communicating. We just continued along our path of destruction, and in the end Brad’s fear that I’d lose weight and leave him, ultimately became our reality.

It’s now 14 years since we separated, and looking back at our demise since losing more than half my body weight, I know my new look was an enormous contributing factor. I also know I’m a very different person to the woman my ex-husband married. It was far more than a physical transformation which took place as the weight fell away, but an emotional rollercoaster neither of us were prepared for as I came out of my shell for the first time and let my self esteem blossom.

Our inability to communicate about these changes became our biggest downfall, and although we went through the experience together, we did so in utter isolation from one another. I was so focused on losing weight that I neglected to share my thoughts and feelings with my husband and in support of the enormous task I’d undertaken, he never shed light on his insecurities.

Now it’s far easier to see what happened, but back then I felt resentful at being left home alone. I had no idea why he was avoiding me; we had two small children and I had an absent husband. Although I didn’t look elsewhere for intimate companionship, I did look inward at what I thought would make me happy. I’d successfully transformed my body and the way I felt about myself, but I no longer felt like Brad was my kindred spirit. So unable to change the loneliness growing within me as my figure whittled down, my only alternative was to move forward alone.

Comment: Have you ever been in a relationship that’s been impacted on by weight?