Are Weight–Loss Shakes Bogus And Bad For Your Health?

Looking for a quick fix to help you shed some kilos over summer before the Christmas party season? Many women turn to meal replacement, or weight-loss shakes, at this time of year, thinking it’s an easy way to squeeze back into that favourite LBD.

But are these meal-replacement shakes really the answer? And can they even be dangerous – doing more harm than good to your body? I’ve heard many a PT bemoan the perils of such shakes, saying they’re only a dodgy short-term fix and nothing replaces the benefits of a good diet and regular exercise.

And earlier this month, a new survey revealed one in five Australians believe weight-loss shakes are actually making them fatter.

Yep – fatter!? Customer satisfaction research company Canstar Blue says it surveyed 750 dieting Aussies who’d bought weight-loss shakes. It found that 21 per cent had put on weight as a result of using them. The research also revealed one in 10 dieters was addicted to the shakes and only 58 per cent had successfully lost weight by using them. 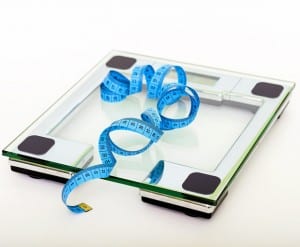 However, Sydney dietician/nutritionist and author Susie Burrell says she recommends meal replacements for “some clients” including breakfast skippers, busy executives who often miss meals and people who need a weight loss kick-start after finding themselves unable to shed those stubborn kilos.

She says meal replacements can “get positive results using them in clinical practice for weight loss.” But – armed with a science degree and 10 years clinical experience working in weight loss – Susie stresses that the type of meal replacements she advocates are not the protein shake kind.

“A meal replacement is a scientifically formulated product that contains similar macronutrients to that of a meal (20-30g total carbohydrate) as well as a full micronutrient profile with far fewer calories than that of a meal,” she says.

“Meal replacements were originally formulated and used with patients who were in need of rapid weight loss prior to surgery, when completely replacing all meals controlled calorie and carbohydrate intake to such an extent that the patient was put into ketosis and were able to lose weight rapidly.

“While still used for this purpose, meal replacements are also commonly used on many diet programs with the same goal, helping individuals to control calorie intake as well as being used as a meal option for meals which are commonly missed, such as breakfast.” 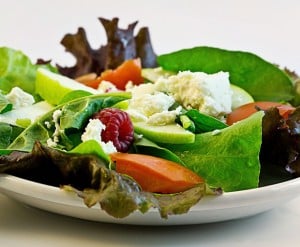 But as for the longevity of using meal replacements, Susie says they are a tool, not the answer and must be used under the supervision of a dietician so as to not damage your metabolism long-term.

“If people find them a convenient option as a breakfast alternative, fantastic, but replacing all your meals with no fresh food does not teach you to eat well and control your weight long-term, hence I only suggest them for two meals per day max,” she says.

What do you think? Do weight-loss shakes or meal replacements work?

Main image via www.dailymail.co.uk and secondary images via pixabay.com.